Last year, on a whim, I bought a sealing wax hot glue-style gun, a stamp kit, and the wax sealing sticks and promptly put them in s drawer and forgot about them. I pulled them out for a project that I’ll be sharing with you on Thursday, and then became obsessed with finding all kinds of ways to use them other than sealing envelopes. I thought making sealing wax embellishments for holiday cards and tags was a fun way to use them! I added glitter and it took it to an entirely new level. 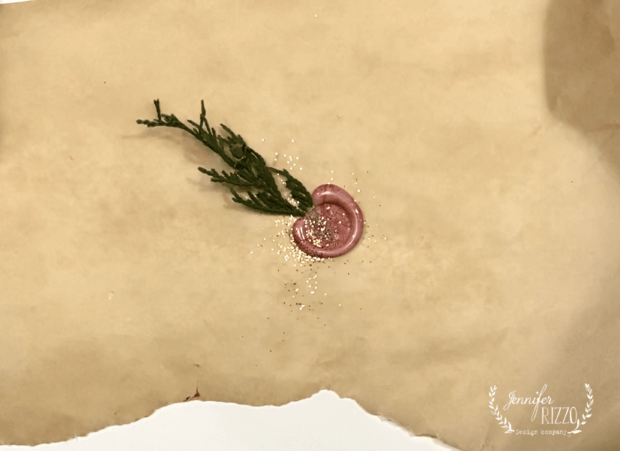 I really like the kind of wax sticks that go in the gun over the kind that you light a wick on and let it drip on the paper. First of all, I tried it, and I almost lit my studio on fire. I was watching the wax drip and I had an OH CRAP moment, it’s ON FIRE.  That was the end of that kind for me! You can find the supplies here.

I tried to make them directly on my marble slab, which worked ok, and then in a more mass produced style on aluminum foil, which worked well because it’s meant to take heat, and you can easily peel your sealing wax embellishments off. 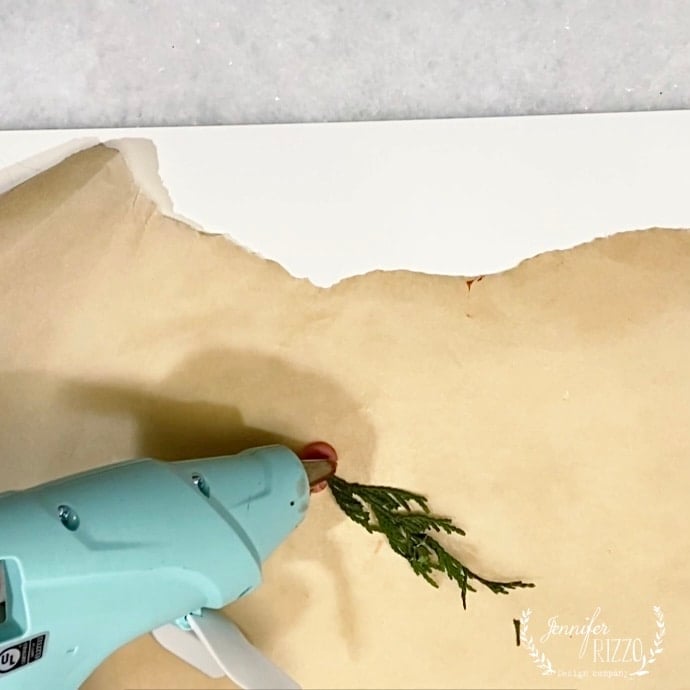 I tried baker’s paper (because it’s meant to take heat), but after the whole “fire” thing I switched to aluminum foil. My first few looked like jellyfish, and then they got better with practice. 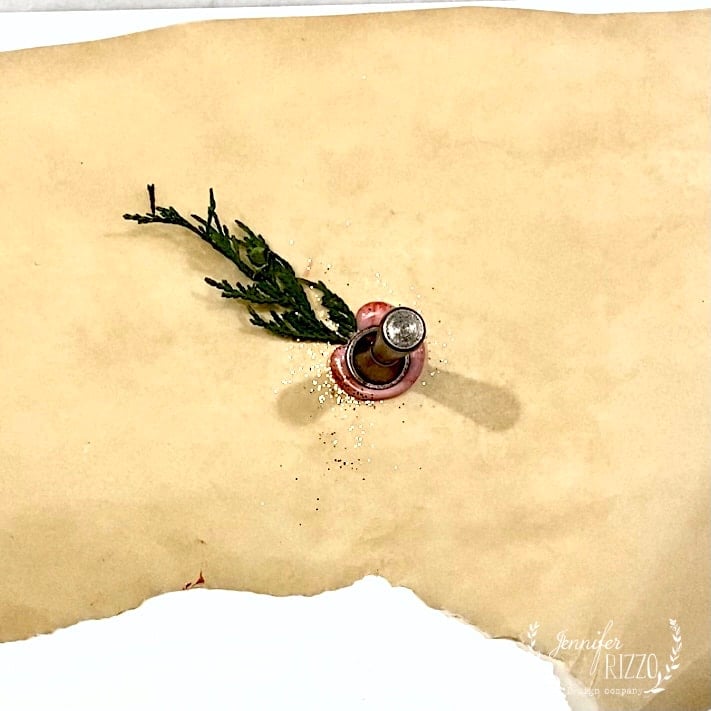 The idea is to add about the nickle-size bit of melted wax and then press directly in the center so you have a perfect little circular rim around your seal. 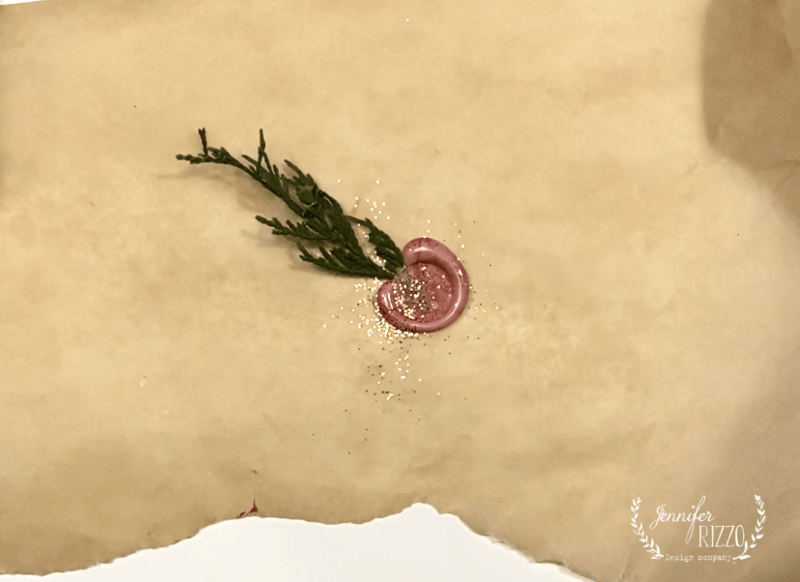 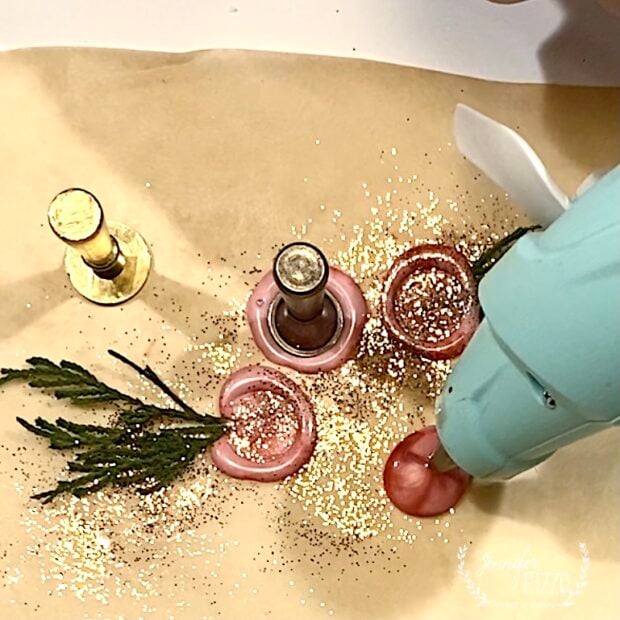 The one downside to the glue gun style, is once you’ve picked a color, you’re committed to it, and when you are ready to switch colors, you get this mix of the two colors that comes out for a bit. I personally thought it was kind of fun and interesting to have the swirled pattern, and it’s better than a house fire. I am experimenting with different fun ways to use these in crafting and decor. I’ll share one way with you on Thursday! 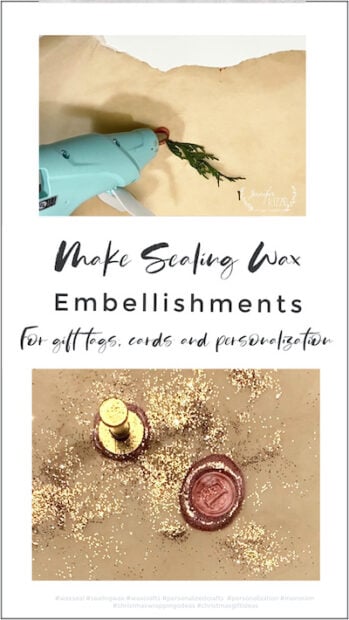