We finally found the bathroom tile for my mom’s bathroom renovation!

It’s at a local tile shop. I took some picture’s with my phone so I could show you the combination. I apologize for the photos, it was all florescent lighting in the store.

Th floor was the easiest part. I knew we wanted to go medium dark , so I honed in right away on this one from Daltile. It has a dark look, but has enough variation that that dirt won’t show. And, she didn’t want anything slippery, so this had just the right amount of texture so someone wouldn’t get out of the tub with wet feet and break a hip.

The bathroom tile for the surround was a little more of a challenge. My mom found a picture she liked on Pinterest with using wood grain floor tile on the wall. While the shower turned out really nice,it wasn’t the look we were really going for with the wood grain texture on the wall. And, she had already picked out and bought a glass tile she liked for the accent, so we needed to find something that went with that.

We had a few disagreements, and after a few hours at the tile store, and a very patient sales person, we found one that had a stone texture in a tone that went with the glass accent tile. 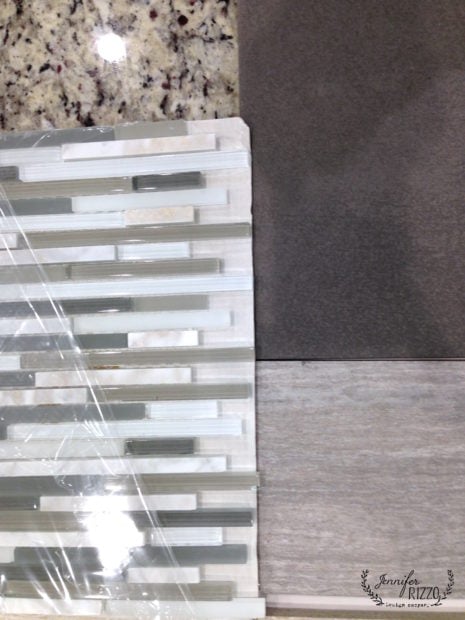 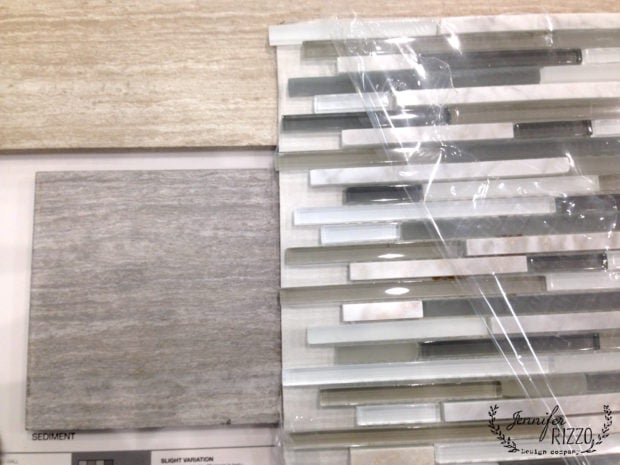 I liked this one because even though it had quite a bit of movement in the pattern, it looked like it was more stone than wood. 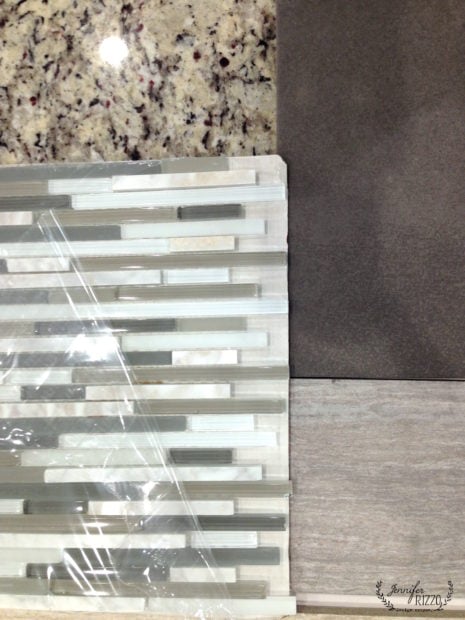 I liked how all three of the bathroom tile looked together even thought the floorand the wall are going to be separated by the white tub. We also picked out a very cool metal accent tile for the shower niche.

We are  on the hunt for grout. We are going to do a darker gray on the floor, but I feel like we should have a lighter gray in the shower, but not white. I’ve been leaning toward Whisper gray, but I was to get a few of the tiles in to see the variation before we make a final decision.