Skip to content
Two Thursday’s ago, I woke up to my Hubby yelling, “Jen, we have water, the downstair’s is flooding!”

Something woke him up around 3:30am and he heard  water running. I ran down stairs in my pj’s, at that time it was about 8 inches high in our sub-level family room. There was a current. At that time we thought it was just us. We have never been through  flood an almost didn’t know what to do.We panicked and started calling family and some wonderful neighbors at 3:45 am who cam to our rescue with pumps and hoses and at one point when we lost power, a generator. 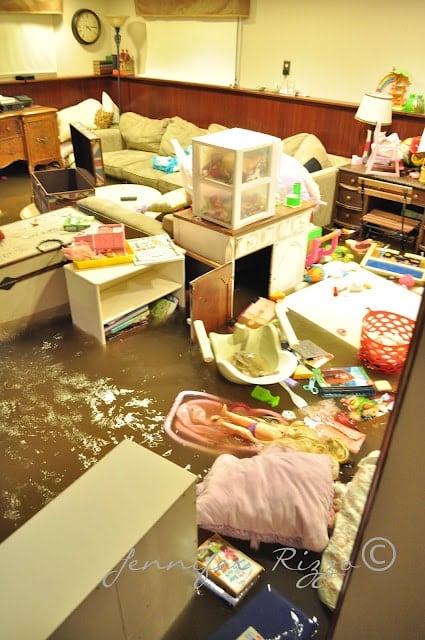 I threw on some rubber boots and started throwing everything up to the top of the stairs that we could. That sub-level is our family room, our laundry room, a bathroom and a crawl pace with our furnace.We live, watch TV, and hang out there. Our guests have slept on that sofa sleeper,and the kids spend a good part of their play time there. We managed to save some of the kids toys, books, some pictures and a few other things that I hurriedly chucked up the stairs. The water came up so fast after about 8 minutes I had to get out and we just had to watch it fill up. 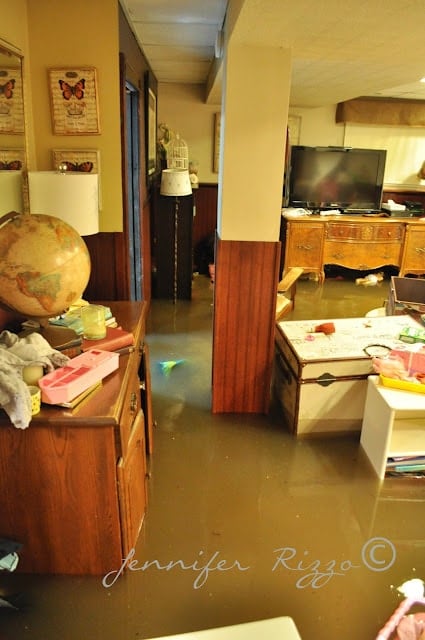 What we didn’t realize at the time is it wasn’t just us with out a working sump pump. All along our street, everyone was getting 1-2 feet of  storm water and just a half mile away, the river was breaching a weak point at some construction area and filling homes up with 8 to 9 feet of water. People had to be rescued on boats. This was the same week as the Texas fertilizer explosion and the Boston bombings. It was like it was the apocalypse was happening.It was a rough week for the nation. 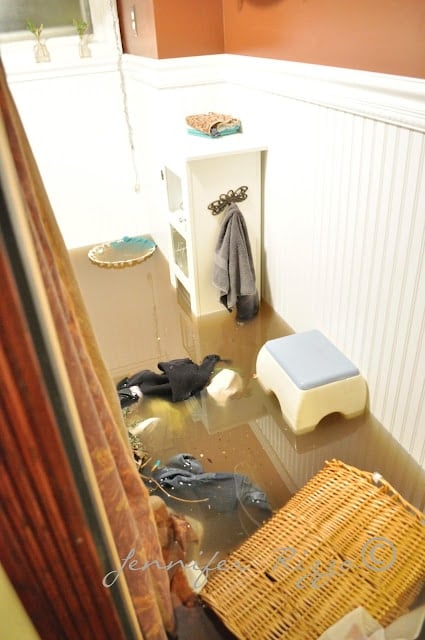 Luckily, through the entire thing, we had several amazing neighbors who were willing to answer their phones at 3:45 in the morning. This is one of those times I really wished my Dad was still here. He would have known what to do. It’s funny that at 41 years old,there are still things I have no clue what do to or how to handle. We just stood there watching water rise. One of our amazing neighbors (New block captain!) who’s house is at at the top of the hill (reminder next house…top of a hill.), brought us down a few back up sumps and extension cords.We managed to throw  a pump in every window and keep up with the water so the highest it crested was about 2 feet and it settled finally at pumping at about a foot and a half for about 5 hours until it stopped raining, and the pumps could actually catch up. Our main sump pump had failed at some point, and we have  a smaller battery back up that kept going, but it was just too much water. 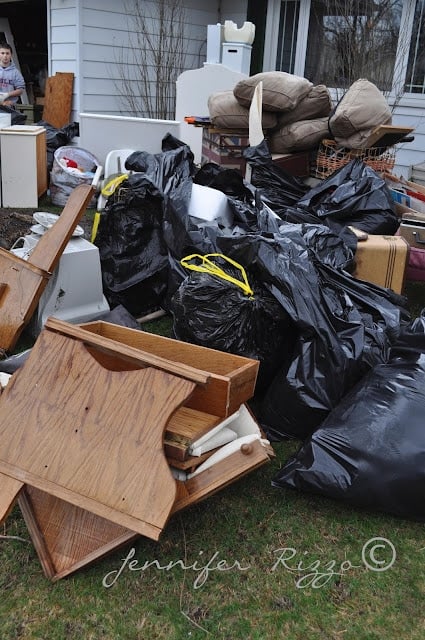 As we went outside in the rain and the dark to check the pumps, we noticed neighbors doors opening and people running cords and hoses. We all got water. We are at the bottom of  a hill, but we aren’t the lowest point.Our home has never had water, not even seepage. In fact in the 13 years we’ve lived here we have NEVER gotten  any water in our sub-level at all. Our neighbors who have lived here over 30 years even said they don’t remember our house ever flooding, even in the last big flood.
It’s humbling to be on the receiving end up help instead of giving.It’s also hard to accept help. When people called that day to ask if we needed it, my pride almost made me say no, but I knew it was too big of  a job for us to handle ourselves, so I said yes.
Sometimes, you have to say yes to help, even if you don’t want it.
The amazing thing is the way the Lord has brought us so many blessings during this. We consider ourselves lucky because there are so many people in our area who have already had FEMA red-tag their homes and they can never go home. We have friends still at extended stay hotels and living with other neighbors. I served at church dinner for flood victims Wednesday night because our church is still hosting 20-25 people who are currently homeless and don’t even know if they can go back. I know many people who were in Hurricane Sandy are still people displaced from there too. It’s sad when you can’t go home.
We cried a lot that first week. You just can’t believe it happened to you. You are almost gun-shy and every noise you hear makes you jump. There were people garbage picking our dumpster and curbside and you just want to scream “Seriously people, that was poo water.”Your stomach hurts and your mind reels, and you are so very tired. I was actually sick for a while from the water and had to get antibiotics.Your life is in complete chaos and it just doesn’t feel like your home anymore. You’ve thrown out everything that had made it your home.
But the thing is, we were still blessed.
We could stay in our house. We can fix most everything eventually.We had amazing help from friend  who had the entire level gutted to the studs by 9pm that night so we could disinfect and dry out….and even strangers. I had one person anonymously leave an envelope with a gift in it for me at the place I sell. It’s incredible how the Lord has seen us through this, and works through other people. And how our church, other churches, and the community have rallied around people in need. The people who have been guest posting for me have been incredible, and it’s been such a huge help for me. I hope I can return the favor someday under less dire circumstances. 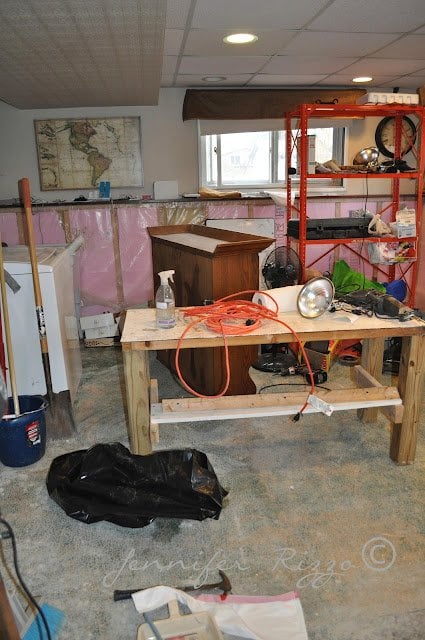 And thank you all of your kind support too. We’ve had amazing support on the blog, Facebook and e-mails,and amazing blog friends do things like drop off fans and cookies and post for you on Facebook so your stats don’t drop… I am so thankful, and so blessed.I am also looking forward to getting back to normal and re-entering the real world in the next few weeks.
My hubby and I have hashed over some of the really hard times we’ve had together  since we’ve been married: My Dad dying, and then my sister in law. Trying to help my brother raise his two little girls that first year and a half, health problems, having a child with issues, kitchen pipes exploding, and big financial drains that just as we thought we were just getting ahead, and then something kicked us hard in the rear and we were pushed back down again. The thing is, they were so, so hard, but we’ve made it through them all. It’s so easy to get down about it, but I think instead we should be proud. We’ve stuck through it together,sometimes even when I think one or the other of us wondered if we could, because it was just too hard. But the two of us are still here,still standing together, ready for the next thing.When you are going through something so awful, it’s so hard to see that it will ever be better, but the thing is, it is, and it does. One minute you are knee deep in your neighbors poo, and the next it is two weeks later and you are enjoying the little things. Life moves on; wonderfully so.
Today, our new washer and dryer came. Oh my gosh, when I pulled out that first load of lavender scented, warm, clean clothes it was heaven. I actually put them to my face and took in a deep breath.
I am so blessed.