Skip to content
We have  a local garbage amnesty night around here where people can throw out anything they want with out having to pay for it. It’s a junkers and furniture re-habers dream and good for recycling. The thing is, while there is  a lot of ahem- garbage.. there’s a lot of things people put out because they are just too lazy to either have  a garage sale or donate it. One year I found  a brand new $300 Peg Perego stroller. They homeowner was putting a bunch of baby things to  curb and I asked him if there was anything wrong with it or if it had been in a flood. His casual answer was “No, our daughter just outgrew it.” Score. So every year I have a few really good finds. It’s really a curbside adventure! This year, I thought I would bring you along. First things first,supplies. Flash light, screw driver, bottled water, coat, packing blankets, towels…check. 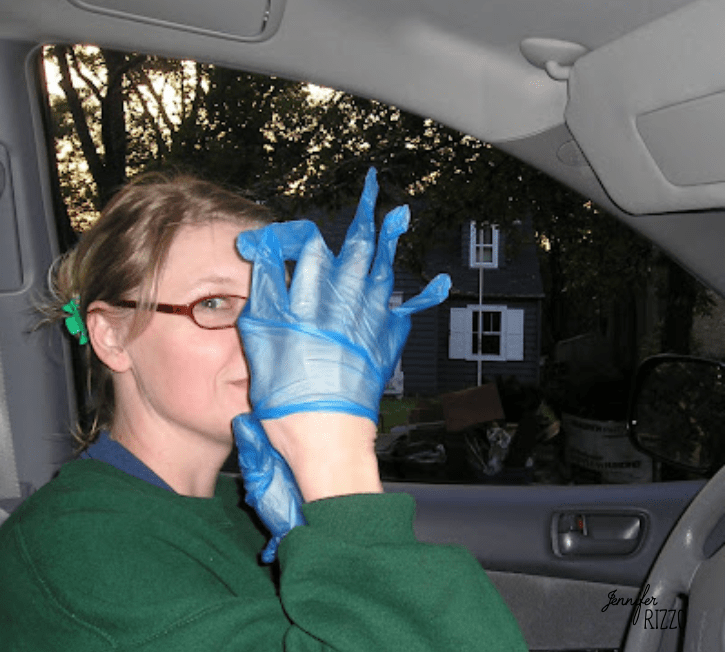 And while  a fun time, there are some things out there  I would rather not touch by accident.
And there’s a lot of looking before the touching. Kind of like a date. 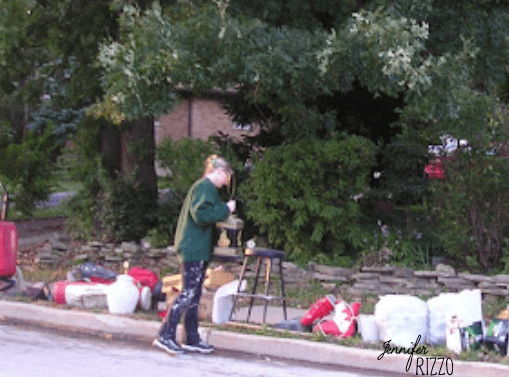 Some homes are like yard sales while others are doing the right thing and throwing out only their garbage.. how dare they? 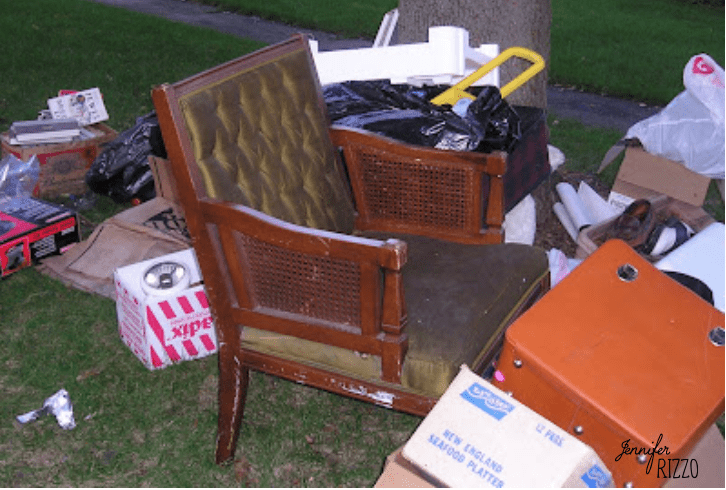 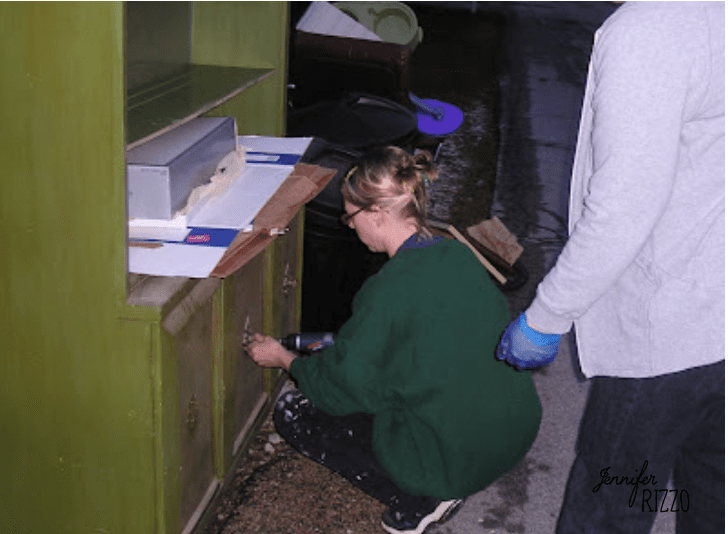 The hutch was ugly but the knobs were nice and I can use them on another furniture makeover. Having a  drill comes in handy. 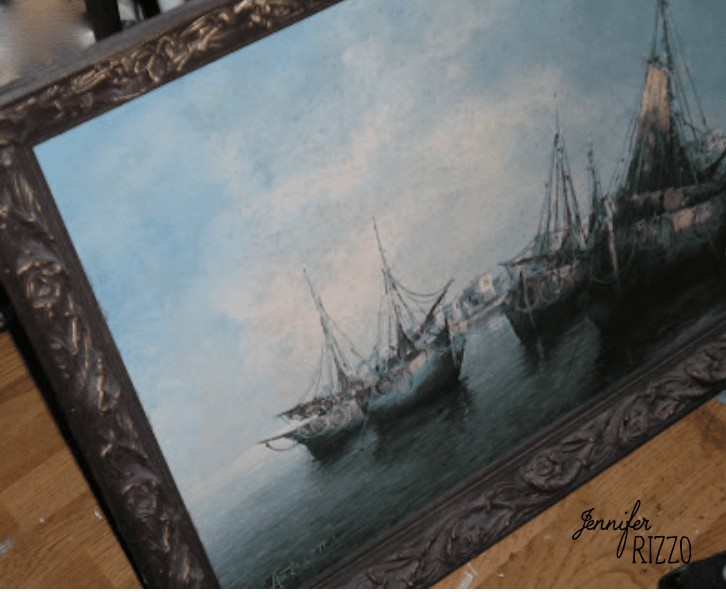 This picture measures 4 feet by 2 feet and has  an amazing plaster frame.  You can see how I transformed it here. 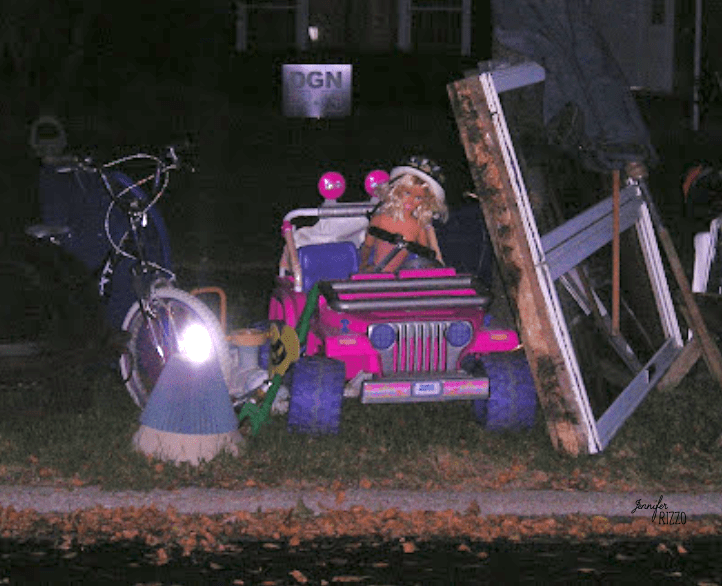 My kids would’ve loved for me to pick up this. The bike looked brand new, but we just didn’t need it. 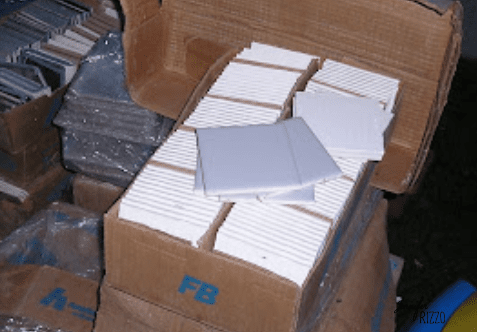 There were boxes and boxes of tile all along the road. It made me wish I had a small tile project to do! 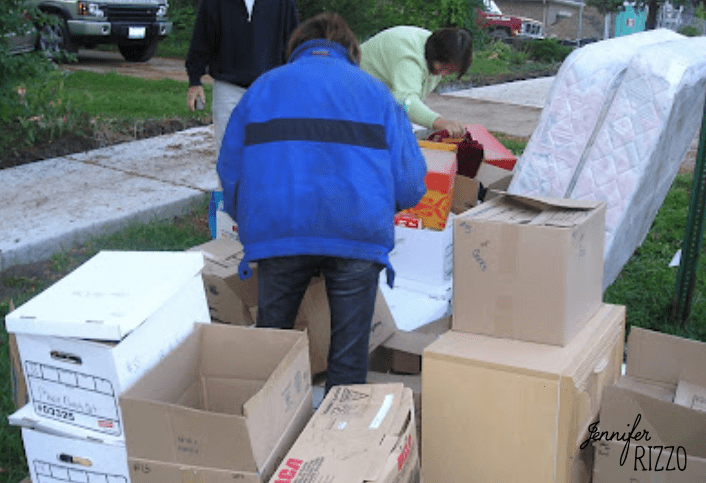 And we chatted with the homeowner here. He decided to use his second bedroom as  a bedroom instead of a library. There were about a dozen packed boxes of pristine books. I found  a few of  Martha Stewart’s old books and some old Victoria’s. 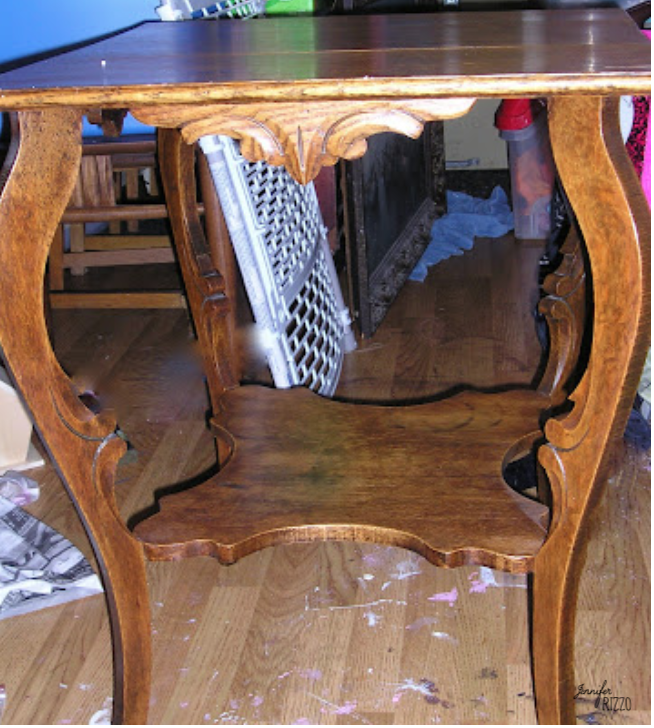 This table was one of the best finds. It had a slightly wobbly leg that were  easily tightened. I can’t wait to paint it and see how it looks. We had quite the curbside adventure!
It was a good haul. Besides that stuff, I ended up with a dressing table and matching stool, 4 antique dining chairs, lots more books, an antique ice bucket and some lamps, as well as a ton of knobs.
See it’s true. One man’s trash is another woman’s treasure!