One of the decisions we made when I left the store was to turn our existing one car garage into a working studio space where I could paint and work on projects. It was actually my hubby’s idea (one which I will love him forever for because it’s a huge sacrifice in our small home to take up that much space,especially our main area of storage.). In the past, I had taken up little spaces in our home, but they ended up just not being big enough and somehow I always ended back at the kitchen table. I had been looking into renting a small space somewhere in our town,but once he said that, it just seemed better to have me at home. Now with everything going on, I am so glad we made the decision. One of the things we needed to do however, before we made it pretty, was make it functional for the cold winters here. The first step was mudding and taping the drywall in the garage. It had been drywalled and had electric/lighting and insulated long before we bought the house, but it was never pretty inside. We decided to finally finish it off and mud,tape and paint. 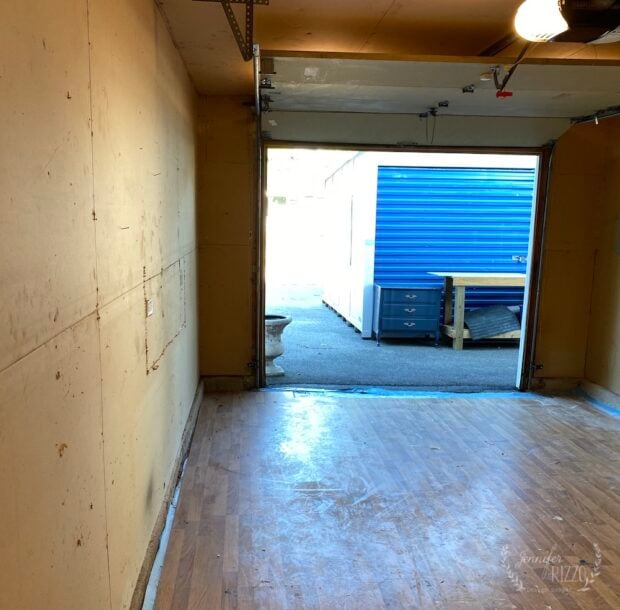 After we emptied the huge amount of contents into a storage pod in our driveway, we needed to get the drywallers in. The garage was full and the pod is FULL. I’m going to have to get rid of a lot of stuff. 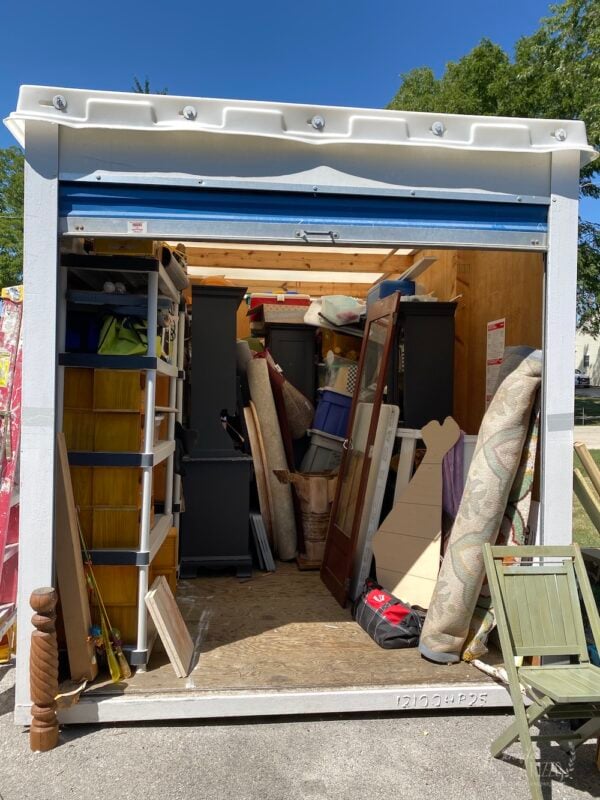 Luckily, from the previous owners, we already had ceiling lighting and electric in the space, and the walls were already insulated. Those were huge bonuses because it saved us a lot of money.  It  already had drywall too, it was just really, really old yellow drywall from probably the 1980’s or earlier and made it so dark in there.The walls were a mess. We had areas we had to replace the drywall because things had leaked behind cabinets, or there were holes from things that had knocked into the walls. 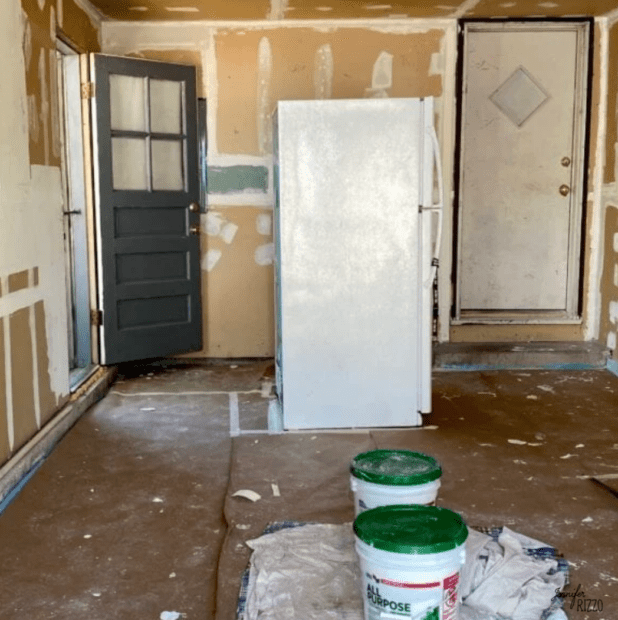 While are DIYer’s and we can mud and tape ourselves, it was such a huge space we decided it was better for us to have professionals tackle the task.And we are glad they did it because they were fast, did such a great job, and it was really, really messy. Though I will say that this almost looks like a really cool abstract painting. 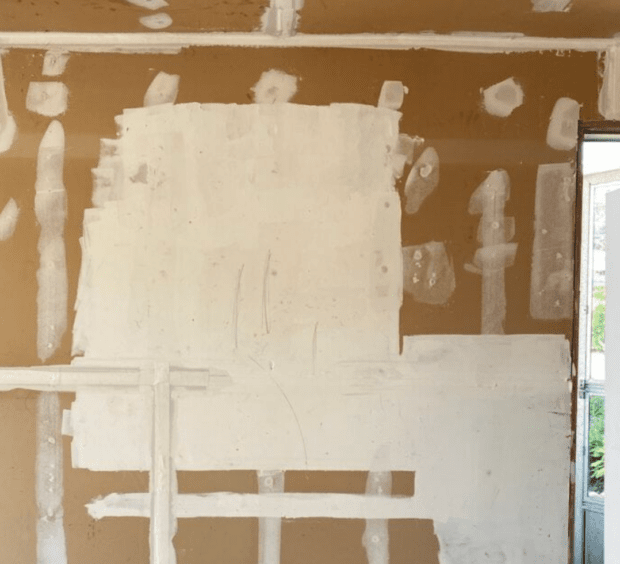 It was really amazing to see it transformed, and how much a coat of primer and then white paint makes a difference! 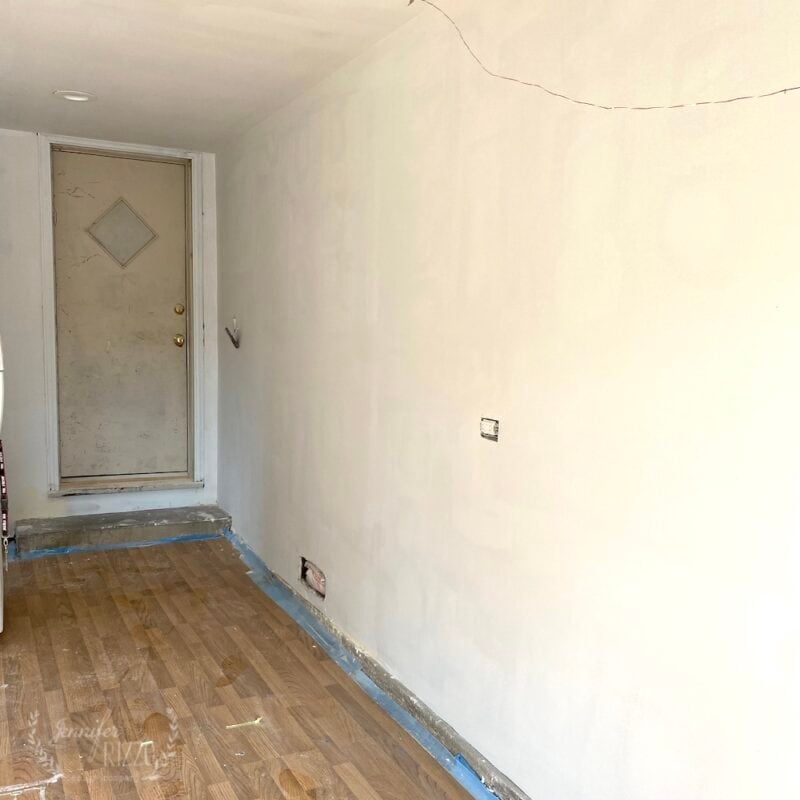 I’ll be painting that old door in the picture. It’s funny how it looked so white next to the old drywall, and now that it’s so clean and fresh looks really gross and dingy. We never noticed on our going in and out to grab something from the extra fridge. Now I notice it! 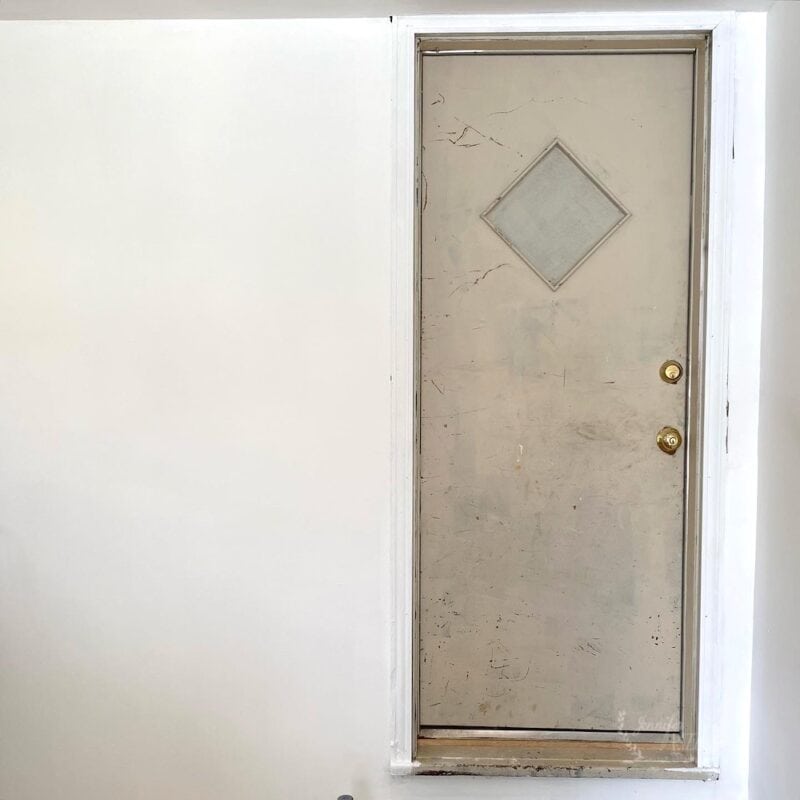 Our next step will be to get a new insulated garage door with windows before the temps drop and the snow flies!