I have this thing for really old houses. Any homes that are abandoned and forgotten peak my interest.The kind that seem like there is a mystery waiting to be found inside, like Duncan Manor in Towanda, Illinois.

It’s almost like there’s an untold story waiting to be revealed.

My hubby told me about this house he remembers passing on his way to southern Illinois. I just had to share it because it’s so amazing. It’s a shame it’s over 2 hours south of me. 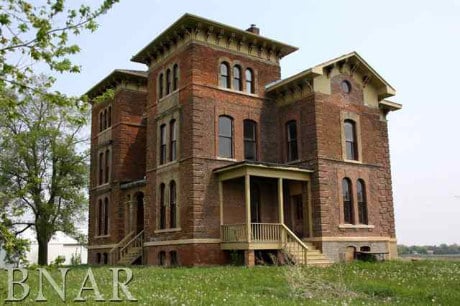 It’s called the Duncan mansion and Julia has also posted about it. It looks like some one had started to renovate and then stopped.

Could you imagine the potential this house has? 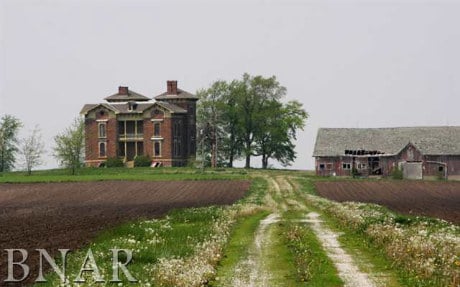 But it might be a bit far out for me. While I love a bit of space and the country, I also really love my Walgreen’s less than 15 minutes away. 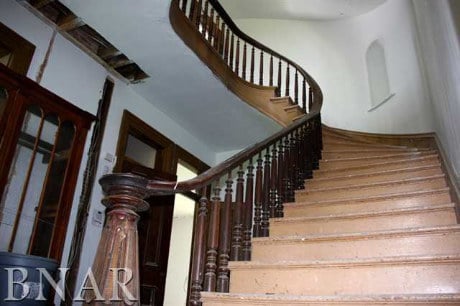 I am drooling over this staircase. Built in the 1870’s is has some interesting history.

it’s amazing to think that every detail of this house was hand built. No power tools, no mass production. 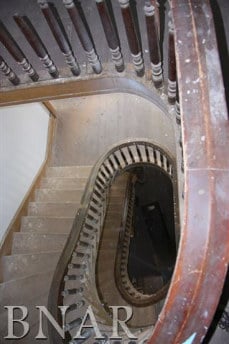 Look at those windows too. You can’t find windows like that any more! 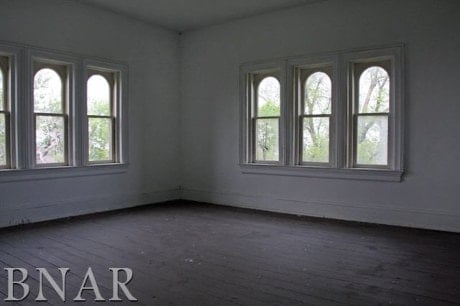 Even the original mantels are there which are very cool. I think the biggest draw back to this place is it would need a complete gut because I don’t know about you,

but I’ve been kind of spoiled by things like heat and running water. Oh and electricity. I kind of like that too. 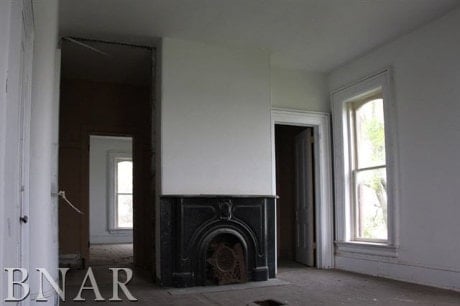 I think this house is amazing and I hope that someone can save it. 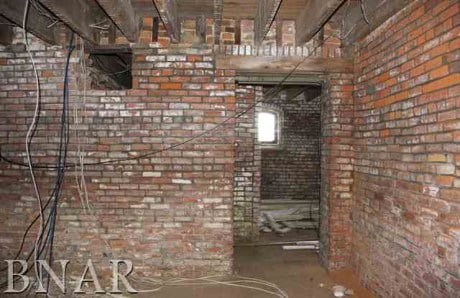 While it does have a slightly creepy brick basement, I love it.

My Gram lived in Chicago, in a two-story house with a totally brick basement. I remember the walls had been painted a funny green color. It also had two weird storage sheds that I was convinced a monster lived in and when I walked by it was going to come out and get me. I think what made it worse was the fact that the only light  was a pull chain in the middle of the room , and Gram insisted that the lights be off before we were even allowed back upstairs. Talk about the psychological scarring on an 8 year-old who had to pull the light chain, run through a dark basement past a freaky wood storage shed, and then up the tippy stairs of a 100 year old house to perceived safety. That’s a whole therapy appointment on it’s own. And my parents wondered why we never wanted to play in the basement.Seriously, I am 41 and I still have nightmares about running up the stairs, yet the stairs revolve backwards like an escalator  and my legs get heavy and I can’t keep up.

I think I just had a flashback.

If you want to see the entire listing you can check it out here.

You can also take a really awesome detailed youtube video tour. I don’t know what the deal is with the plastic chairs by the fireplace, but that’s one meeting I might be glad I missed.

I also have a pinboard called Forgotten to feed my love of old homes even more.

In fact here are two more homes that make my heart skip a beat.

Thanks for putting up with my slight absence. I am on the last 3 weeks till book deadline and am feeling the pressure. I am so blessed to have the great contributors I do who can keep me afloat while I finish up. You might also see a few guest posts here and there by some really great friends too. Once I get through the deadline I can get back to my regularly scheduled programming! 🙂