Instead of a new retail store and makery, I swear I thought it was going to be a house. For the last two years of this 10 year journey, as my business and brand has really grown,my husband and I have had some really deep conversations about where it was going, and what the next steps were. My dream deep-down was to have a studio space with a retail portion where I could teach classes,run the blog, make stuff, and promote other artists as well. I had looked off and on at any available space that was open in our little,quiet downtown (In another post, I want to tell you a little more about our town.). 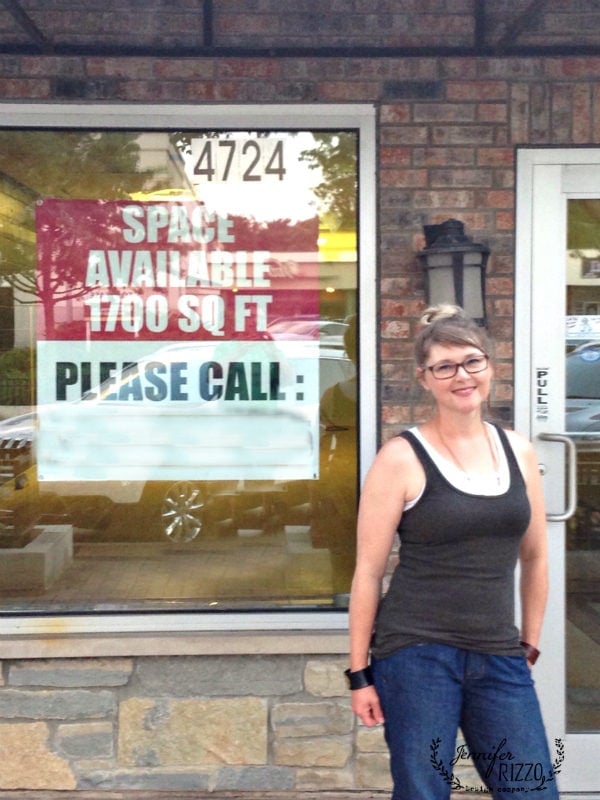 Every space I looked at either wasn’t right, was too expensive, or the landlord seemed crazy (and I just don’t do crazy.).

So our plan B was that we would look for a home that was big enough that I could run workshops out of it. I reasoned why should I pay rent to something I didn’t own, when what I make can go toward a mortgage as an investment. 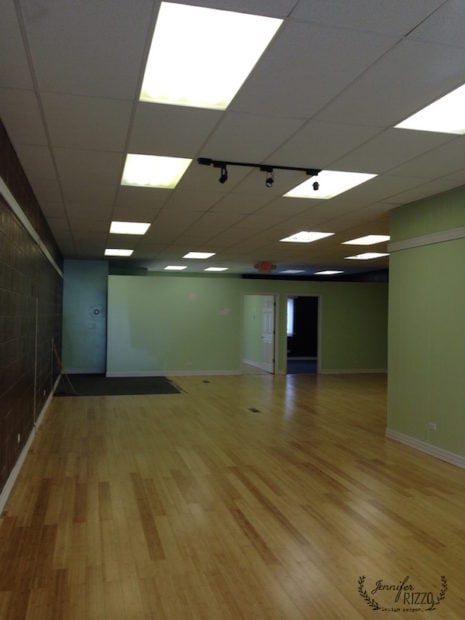 So again, we looked at house after house, an nothing worked. I was hitting  a place of frustration. So, in early spring, I decided to go for broke. There is a house in our area that I have been in love with for years. When it was on the market about 7 years ago, we had young kids and it wasn’t good timing. I asked the real estate agent we’ve been working with to approach the home owners to see if they were interested in selling, and prayed for God to make it clear if this was the path we were supposed to go down. There was a polite back and forth, then we didn’t hear anything for a while,  I had kind of given up, and then we got an answer back. They were interested, but only if we wanted to pay $250,000 above market price! My real estate agent and I wondered if they were high when they quoted that price, because the house wouldn’t even appraise for that! And really, if they quoted it that high because they really didn’t want to sell, then they should have just said “no thank you” in the first place. So, it was actually kind of rude.

I have to admit, my heart as broken, because I just haven’t found a house that measured up to it, and I knew I had to let it go. But, it was also an obvious message of  “Door closed, move on.” So, I decided, since that door was closed,to just let up, and enjoy the coming summer. I realized I was pushing too hard to make something happen that might not right now. In the mean time, I was asked to mentor at the Haven conference, and had a few other things come up to work on, so I decided I just needed to concentrate on those for now.

A few months later, I had been out to coffee with a friend in our downtown, and my eye caught a for rent sign in a window that I hadn’t noticed before. I peeked in, and my heart stopped, it just looked so right.  I snapped a picture of the space, and then sat on it. It went against everything I had been thinking about a mortgage, a house and everything else. It went against all of the plans I had in my head. But, I couldn’t stop thinking about it.

So, I did the totally rational thing,I prayed on it, felt like I needed to see it, and called on it.

Nick and I looked at it three times, and after a lot of talking, and figuring out everything else. A friend had offered to be a business partner  in the endeavor  earlier, so I approached her again to see if she was still interested. She said yes, and I decided to take that big step and sign the lease! 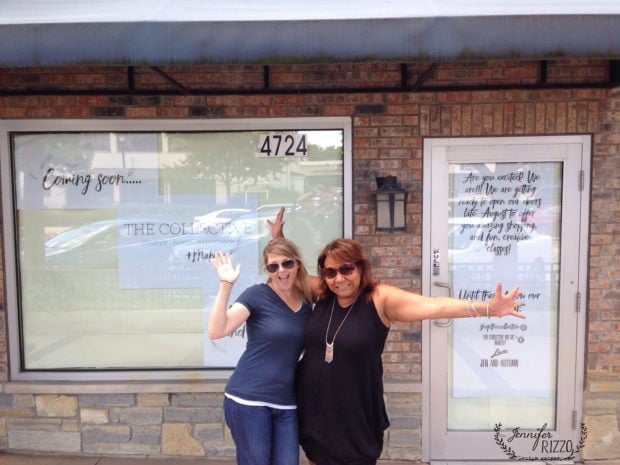 And then it was real. So real. And,I thought I was going to throw up. I was like  “Did I just sign a 3 year lease without knowing how of how the next three years is going to go?”

And then, I felt awash with a sense of peace. Yes, I did, and it’s what we were supposed to do right now. We don’t know in 3 years our new retail store and makery if it’s going to succeed or fail. You can bet your bottom that we are going to work as hard as we can at making it a success. I know there are going to be things that come up too, and nothing in life is 100% risk free. However, instead of feeling dread, I am feeling possibility, excitement and a calm knowing that there’s something amazing ahead in the unknown 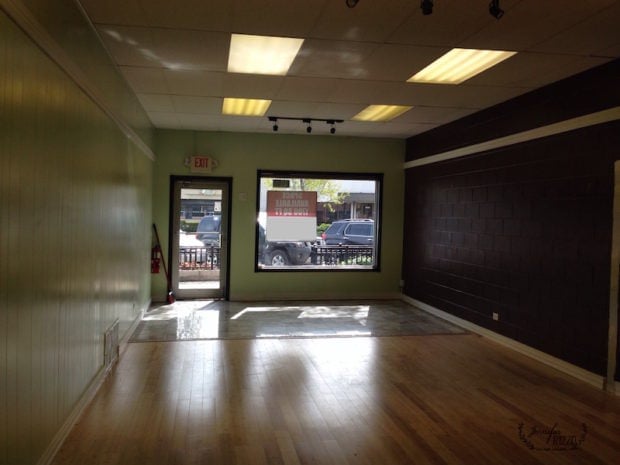 I am so excited to share this with you too!  So here we are! Slated for a grand opening in early September if it all goes smoothly. I hope you can come!  It’s 1500 square feet of retail space with a makery where we are going to have lots of creative classes, visiting artists, an gatherings!

Here’s a sneak peek at the inside!

This is such a big dream having a new retail store and makery, it almost feels too big. I can’t believe it’s actually happening and I can’t wait to share with you where it goes!