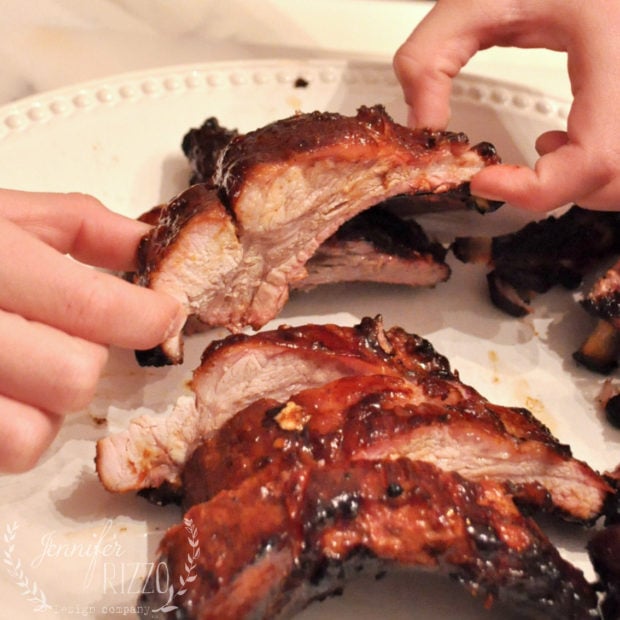 it was so much easier to get the charcoal going. I thought I would share the recipe, and a little bit of the process he uses here with you. 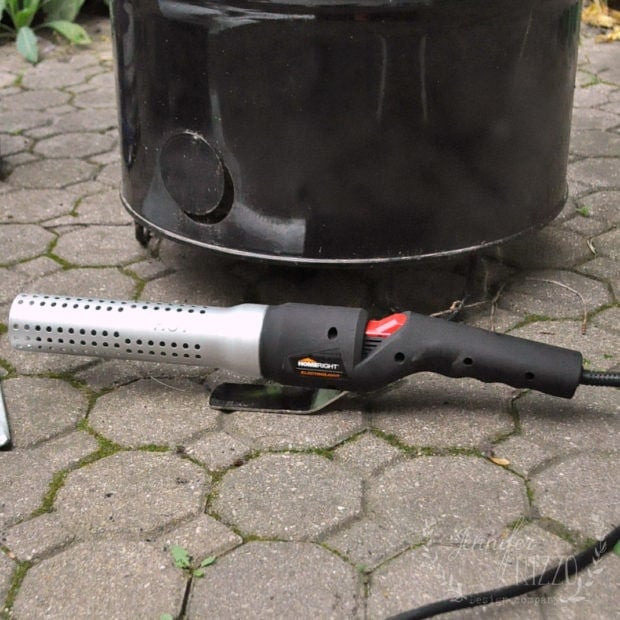 When he starts his charcoal, he uses his chimney starter for a starter batch of coals. He adds paper to help the charcoal catch, which sometimes can take multiple times. 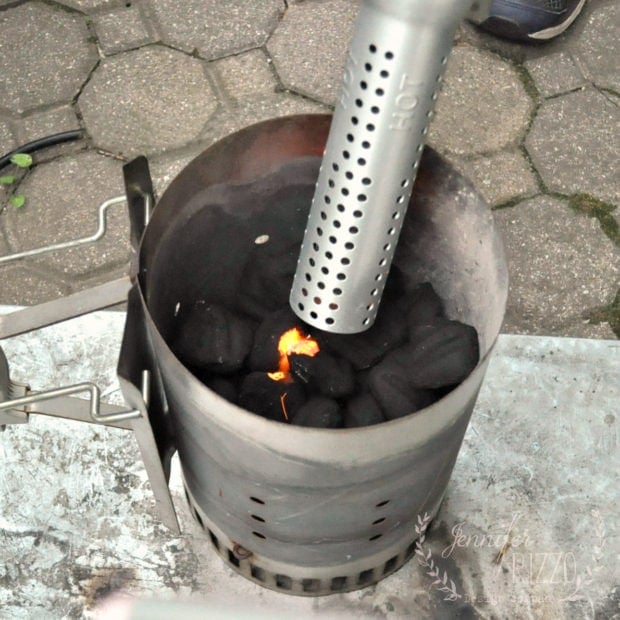 With the ElectroLight Fire Starter, he didn’t need any of that, and in under a minute he had the coals going. He added the hot coals to the charcoal in the cooker, according to the cooker’s directions, and then added Sugar Maple wood chips on top to flavor the smoke. 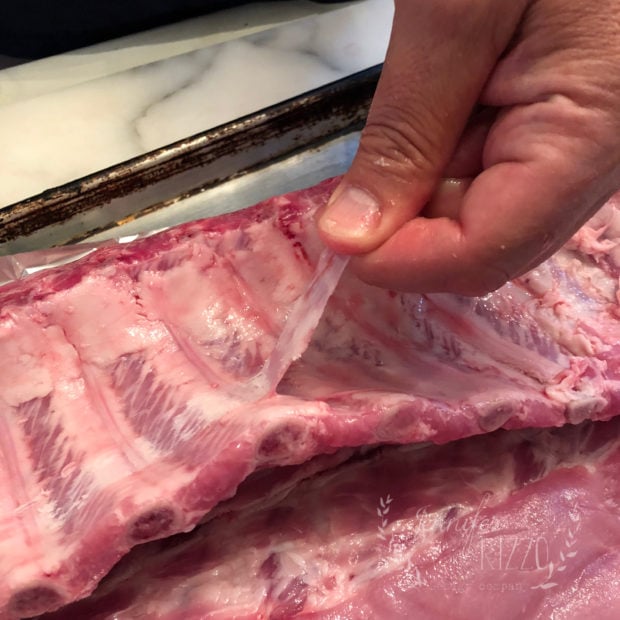 Sometimes there’s a tough skin on the back that he removes before seasoning. Depending on where the ribs are from, it’s already done. After that, he gives them a rinse and pats dry, he rubs them with brown sugar, and then sprinkles them liberally with Pit Barrel CookersAll Purpose Rub 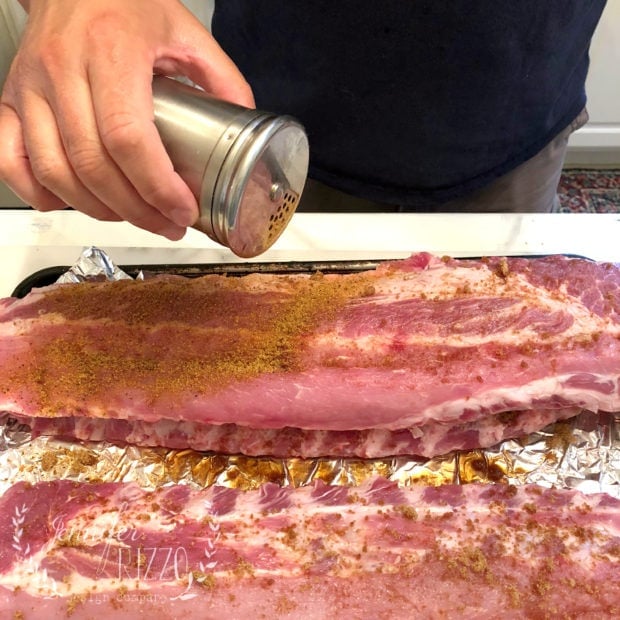 After that, the go on hooks and go into the Pit Barrel Cooker

. If you don’t have a cooker, you can make these on a regular grill as well. 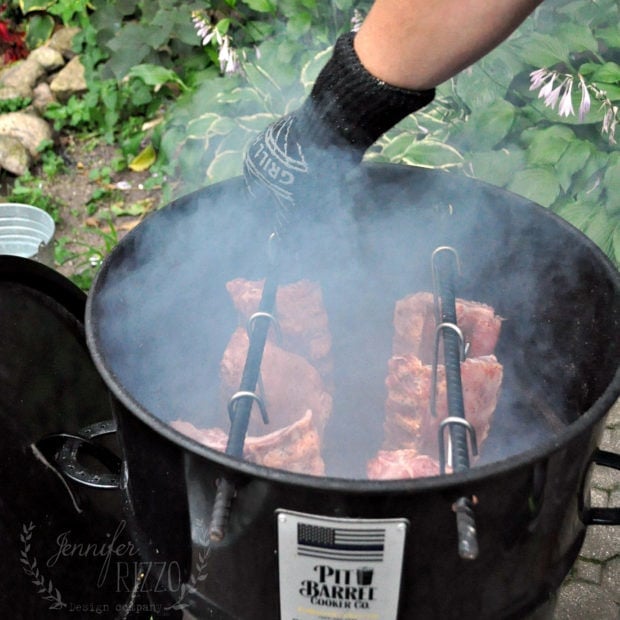 He has a remote thermometer that he uses to monitor the Pit Barrel BBQ Ribs to make sure they are cooked all of the way through. About 30 minutes before they are done, he removes them coats them with Sweet Baby Rays

BBQ Sauce ( our favorite!), and puts them back in until they reach proper temp ( about 203 degrees Fahrenheit). 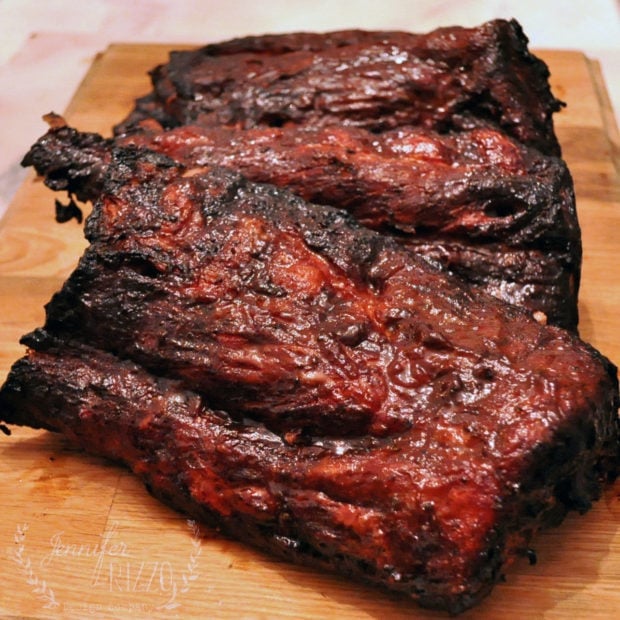 After that, he lets them rest on a giant cutting board for about 10 minutes, then cuts them a part so we can dig in!

We love serving these with pickled beets, refrigerator pickles, and baked beans,with a rustic cherry tart for dessert.

Or, you can make blueberry,chia seed mini-pies , or Nana’s apple crumble.

This post is sponsored by HomeRight. This recipe does not replace the correct instructions, directions, or safety procedures when using either a pit barrel cooker, grill, or the HomeRight ElectroLight Fire Starter. When cooking and preparing food, always refer to standard cooking temperatures, and food safety guidelines.