A few years ago I had a large”branch” of a tomato plant break off. It was loaded with unripened cherry tomatoes, and even though I knew I could try to ripen them on the counter, they didn’t taste the same as vine ripened. On a whim. I decided to see if I could keep it alive long enough to get a few more tomatoes out of it. My family thought I was a little weird, but hey, they should be used to that by now. Little did I know that you could grow tomato plants in water! 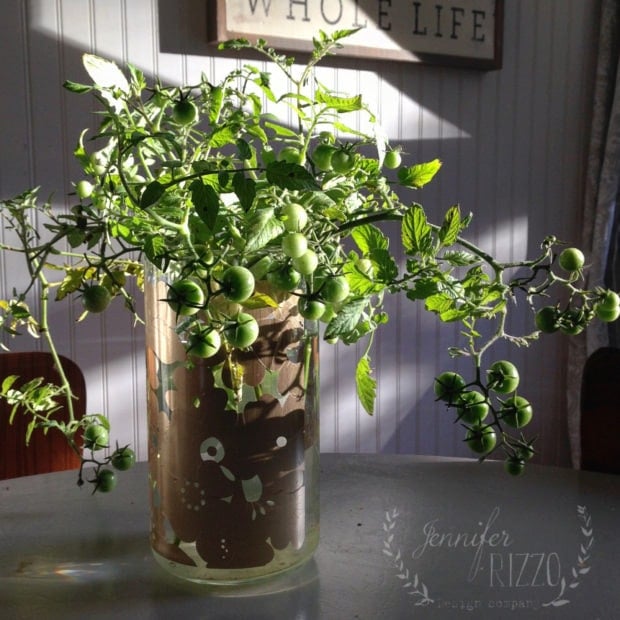 Much to my surprise, not only did the cherry tomatoes turn a gorgeous shade of gold, but the stem in the vase sprouted roots! It was the end of the season, and almost to the point where I was actually a little sick of tomatoes. 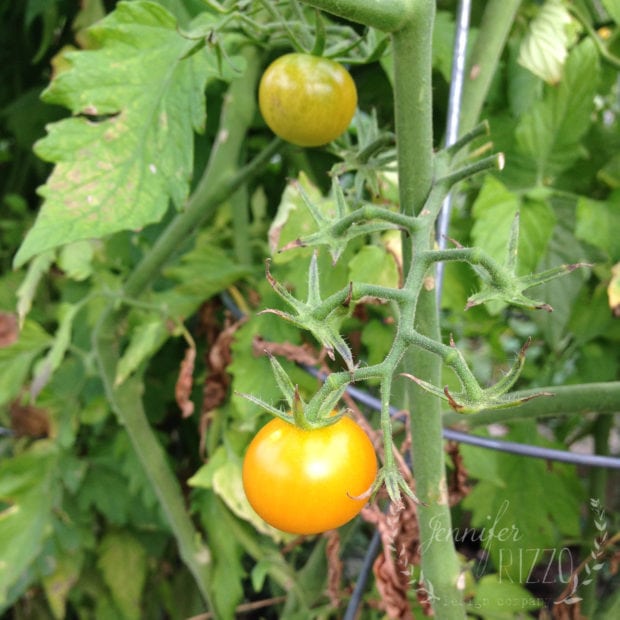 I had no idea that you could grow a tomato plant in water, but since they do grow tomatoes hydroponically, I guess I shouldn’t have been surprised. The best part is, you can plant them in the ground or a pot, and they’ll happily take root! 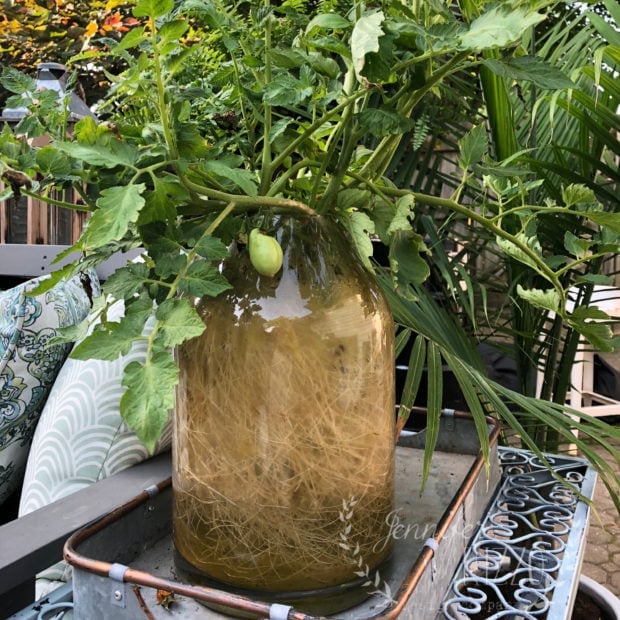 It’s always amazing to me the number of plants that can be grown/rooted in water. I’ve propagated coleus, basil,viburnum, raspberries,and even roses in sunny windows in bottles full of water, only to be able to plant them outside.

For maximum success, make sure to plant in well-drained soil when the roots are about 1/4 inch long. If they get any longer, they have a harder time acclimating the transition from water to soil. It’s almost better to trim the bottom and start over. Use a planting dirt with a food in it to give them a good chance, and make sure to water frequently as well.

You can also stretch your tomatoes, by taking “branches” off at the end of the season, and putting them in a vase of water, changing the water frequently. The leaves will get a little crunchy near the end, but the tomatoes themselves will continue to ripen. We had them almost until Thanksgiving last year!!! 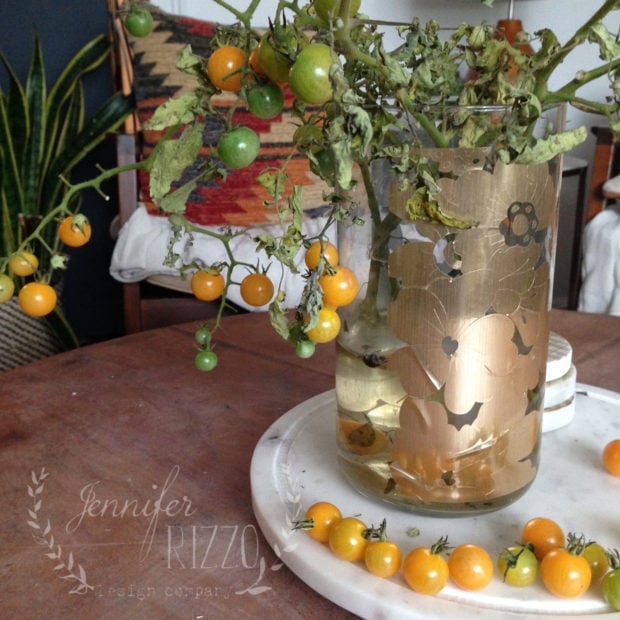