I love molding and casting. If you’ve never done it, there is something about putting a liquid in and having it come out solid that makes it like seem like it’s magic! But even more so, it’s almost a bit like Christmas when you pull your object out and see how your mold turned out!!I thought I would have some fun and make some mini-concrete pumpkins for fall decor. 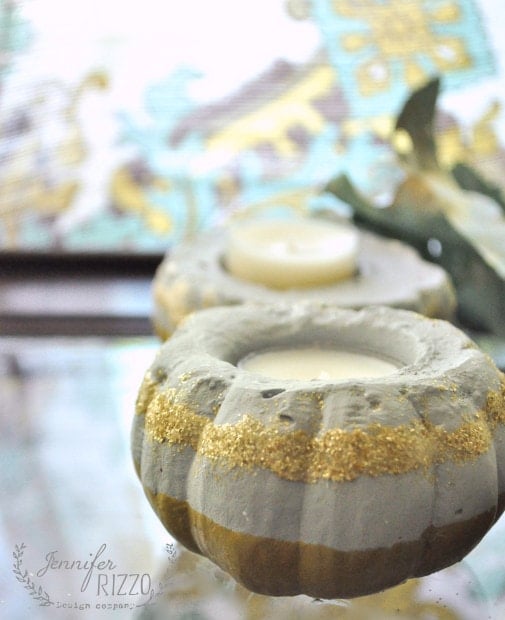 Making molds and castings of an object in concrete is something that seems really intimidating, but is really kind of fun to do.

I found a bucket of quick cast  compound at Michaels. It’s the kind you can use to cast kids hands and said non-toxic on the label an sets up really fast. It seemed a bit pricey, but with a 40% coupon it’s totally reasonable. If you don’t have a Michael’s, this is a similar product. 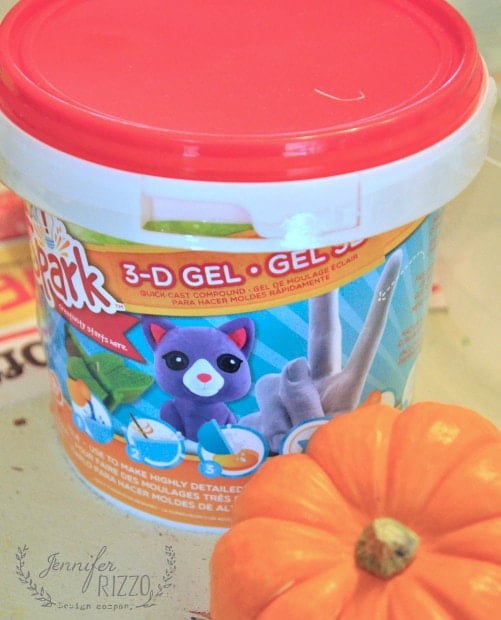 I would recommend doing this is in a well-ventilated area, only because it said not to breathe the dust on the label (and the same goes for plaster or concrete dust like when I made this monogram plaster bottle) . But it was really easy to do. I used some disposable plastic bowls that were deep enough to hold my object which in this case was  a mini-pumpkin! 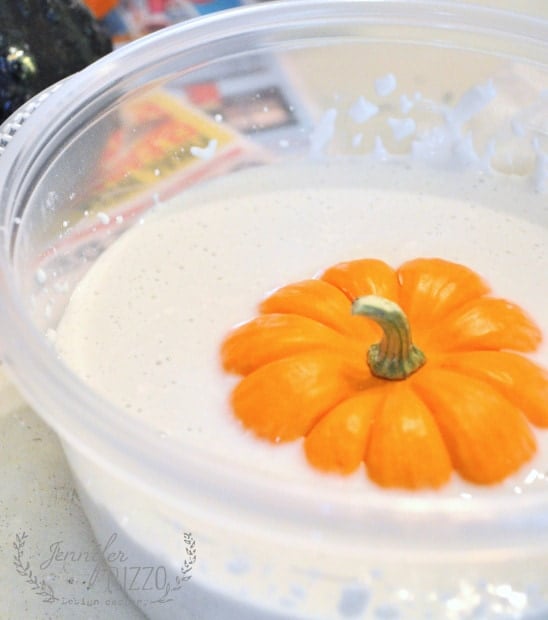 After mixing according to directions, I immersed my pumpkin and waited about 5 minutes.It sets up really fast. Once it set, I  carefully pulled my pumpkin out. Then I practiced first by  making a pumpkin with some crafting plaster before I switched to concrete. The objects that cast best with this kind of medium are sold objects with out any sticky-outie parts. The best past about doing the pumpkin was I could use the stem as a handle to pull it out. While you’re waiting, you can try making a paper mache bowl. 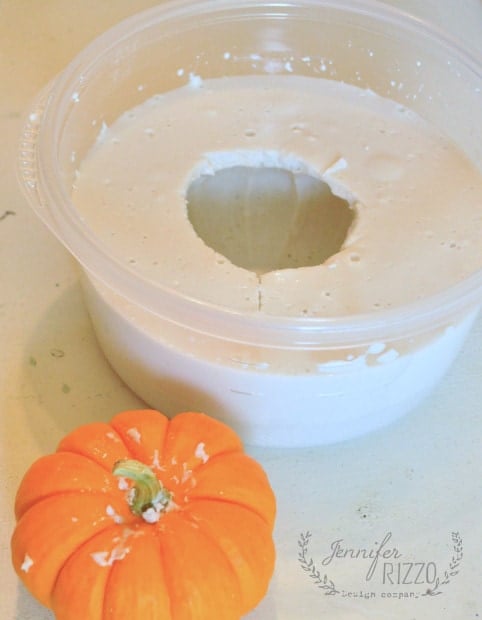 To make the hole in top I used an empty craft paint bottle and pushed it slightly into the top, holding it on the top until the plaster set. Once it was stable enough to leave it, I let the plaster continue to cure for about an hour until I carefully pulled it out. The mold makes it through about 3 tries before you have to make a new one. The good news is the bucket of molding compound makes about 3 molds, concrete takes about the same amount of time. 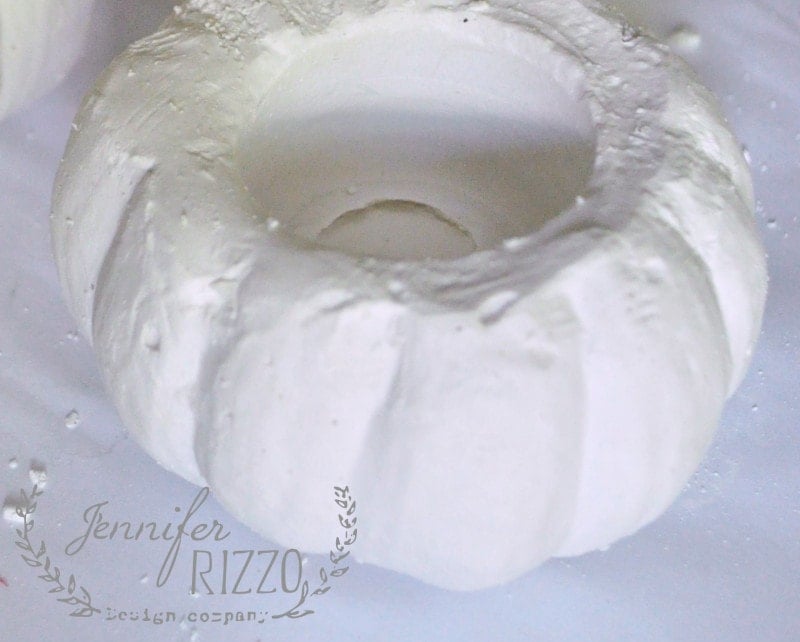 I then painted my pumpkins, the fun part! 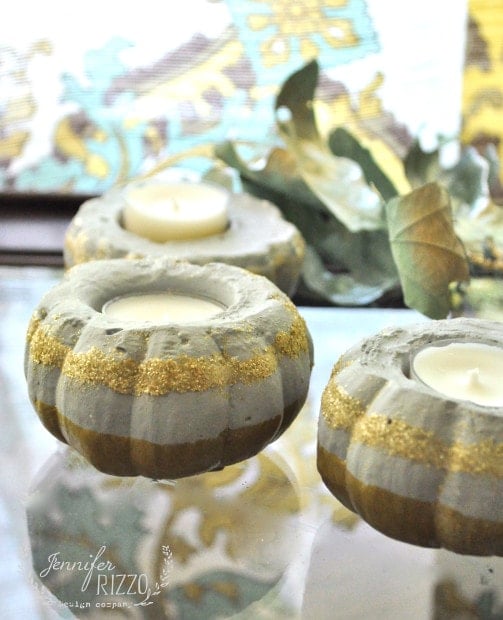 To decorate my little mini pumpkins, I added some gold paint,and then a little finely textured glass glitter around the sides. I like the gray concrete color. 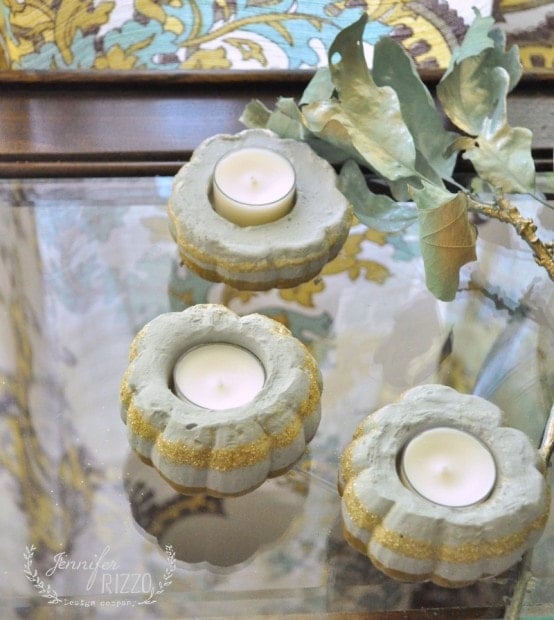 If you wanted to get really fancy and complicated, you could use a concrete dye in your mix if you were making a bunch and really change up the color. 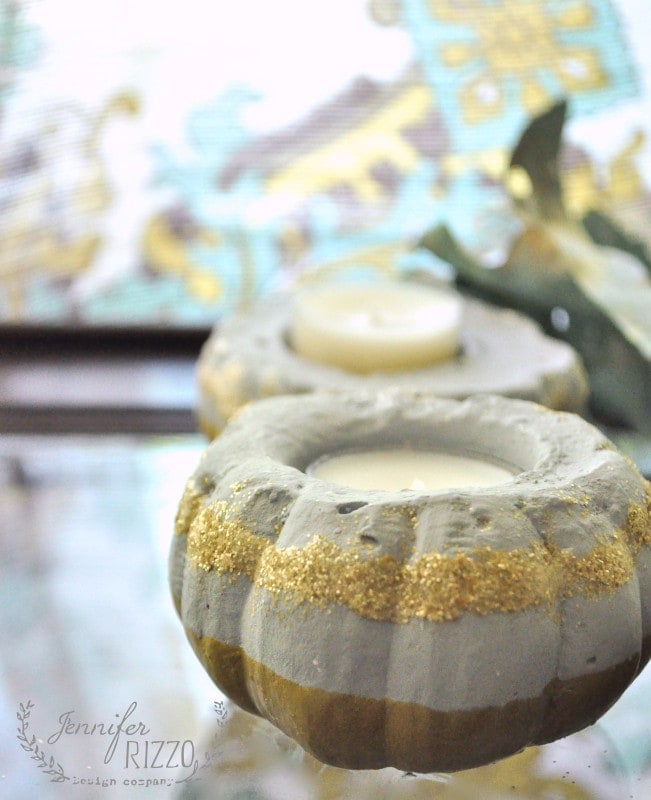 I made my mini-concrete pumpkins into votive holders, but I think they are just so cute. Let me know if you try it!