One of the fun things about owning a retail store (besides shopping), is that you get to merchandise the store, and create and design window displays. When we decided to launch  the Wild & Bloom collection I designed, one of the things I wanted to try to tackle was creating DIY Giant Cardboard Vases for our window display. Every week, we have tons of recycling, so there were plenty of nice, sturdy boxes to choose from! While I did these on a really large scale, this would be a fun craft/decor item to make on a smaller scale for an upcycled craft or DIY pinata! If you need free boxes, always ask your local boutique or small store. There’s a chance they would be very happy to get rid of them! The first design I decided to tackle was a Giant Cardboard Chinoiserie Vase. 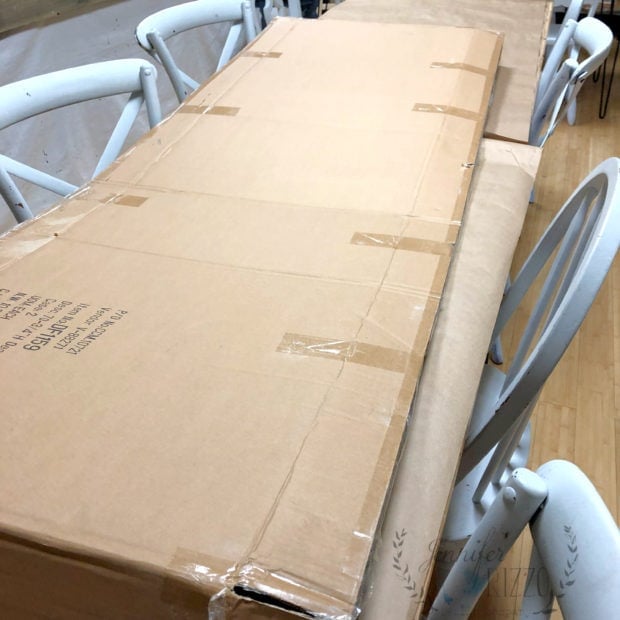 I knew I wanted to make three different shapes and sizes. The challenge was figuring out the shapes, and then breaking them down into the physical shapes  needed to be to construct the vases. I could have made smaller ones first as models, but I am a go creatively big, or go home kind of project person ( or a make it more difficult for myself project person…). 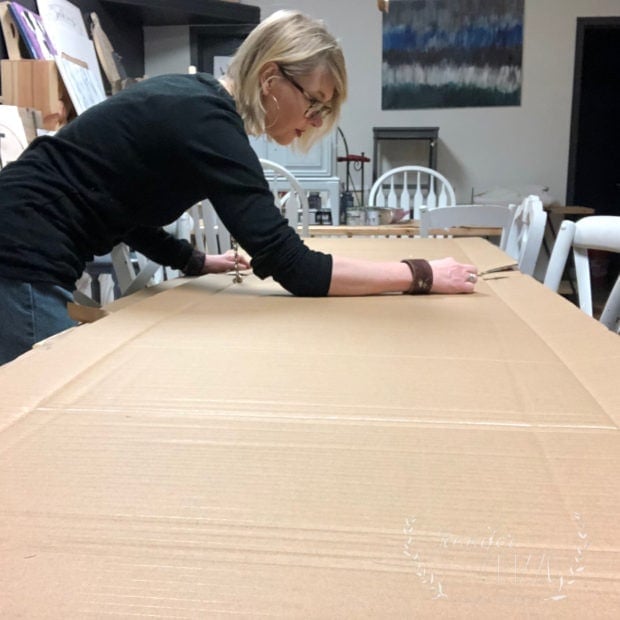 I’m going to share the easiest one first. I was going to share all three vases in one post, then I realized I had waaaay too many pictures and steps, so I’ve broken it down into three different posts for you. I first found boxes that were on the thicker side, and that fit the length I needed. 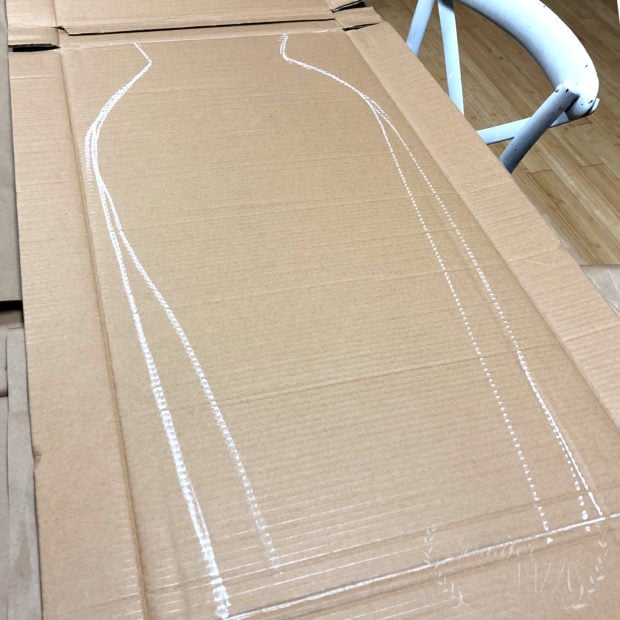 After sketching out my shapes in chalk, I cut them out. I realized by the second giant cardboard vase, making a template on brown craft paper first, and then transferring the image was much easier. 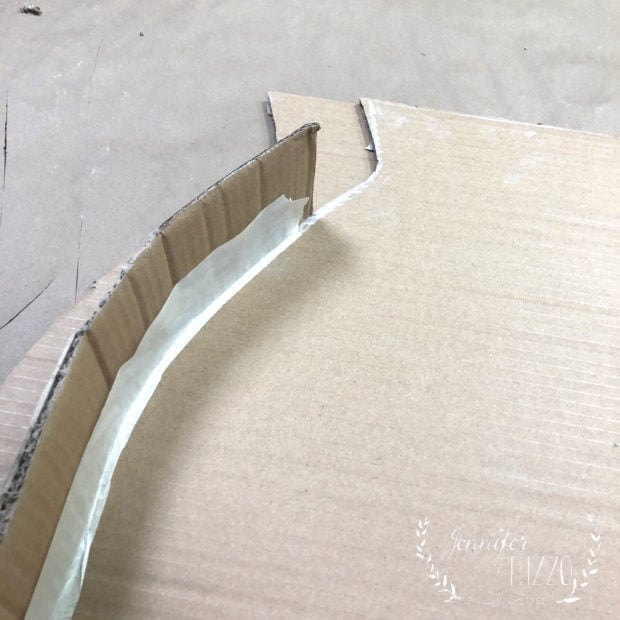 After my pieces were cut out, I started assembling. The first vase consisted of two vase-shaped panels, two long stripes for the sides and a flat base. That’s it. I first taped them in place along the edges, then glued them together. The hardest part was taping the final piece on. 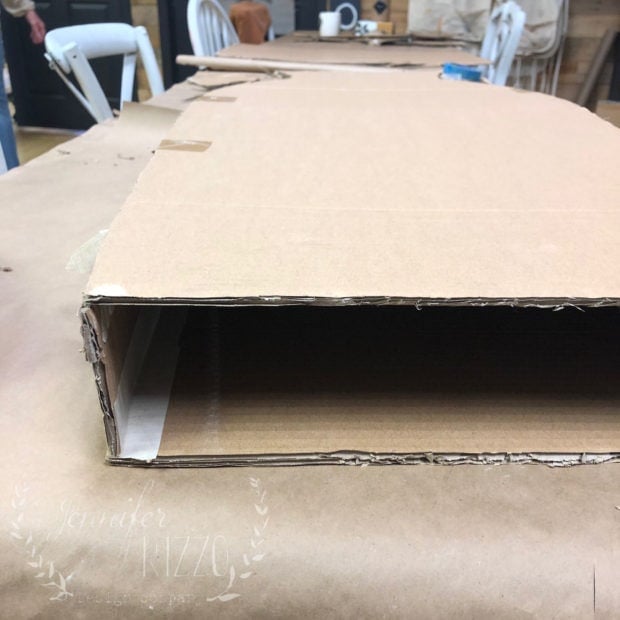 To give them a smoother surface,hide the tape and make them sturdier, I covered them with white tacky glue and brown craft paper. 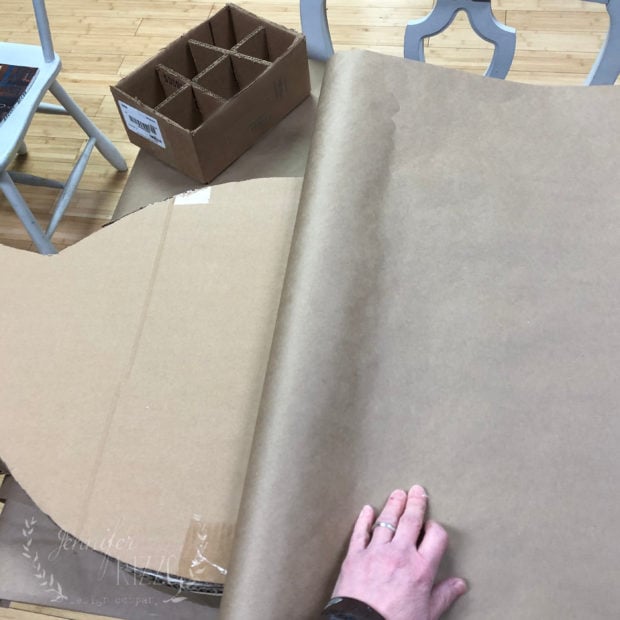 After the glue dried, it was easy to trim it along the edges. I then glued the base piece on so it would stand upright. Once that dried, it was ready to paint. 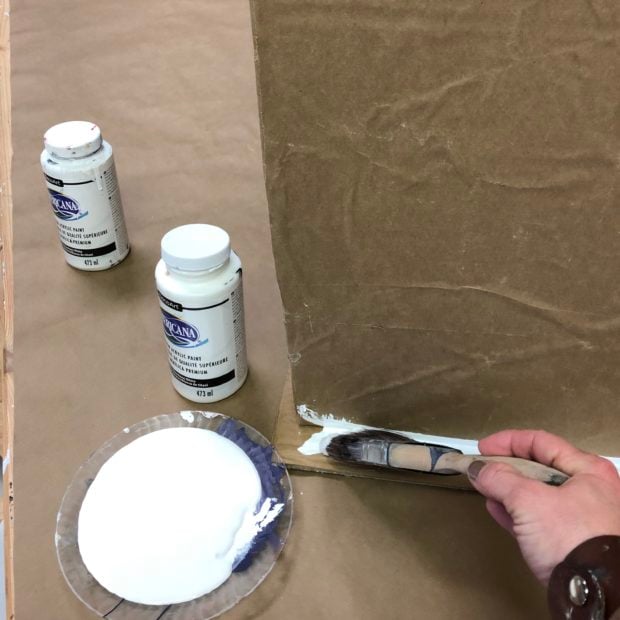 After a base coat of white acrylic craft paint over the top, and I started the fun part of decorating them! There was some slight crinkling on the paper on the first vase, but I didn’t mind it. I think it adds to the texture. I applied the glue differently on the second and third vase, and the crackling was much less. 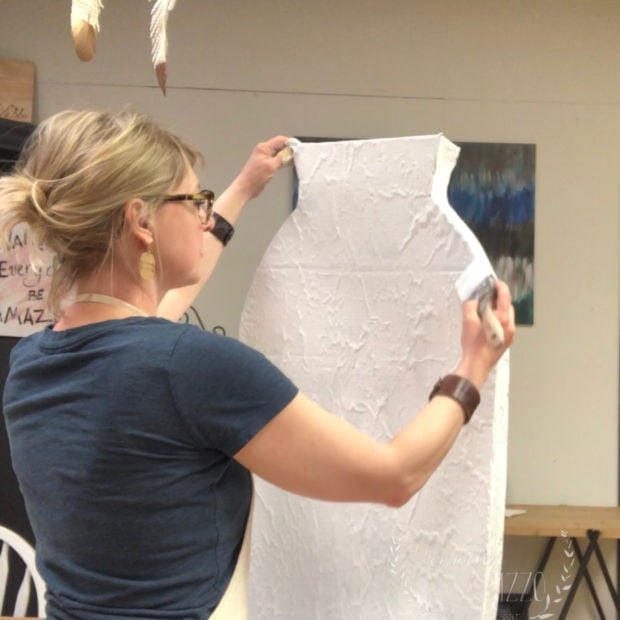 Since blue and white chinoiserie is coming back in style, I wanted to give it a new,modern twist by painting tropical boho plants and leaves on the side.  I used inspirations such as fiddle leaf fig,palm, and monstera leaves. 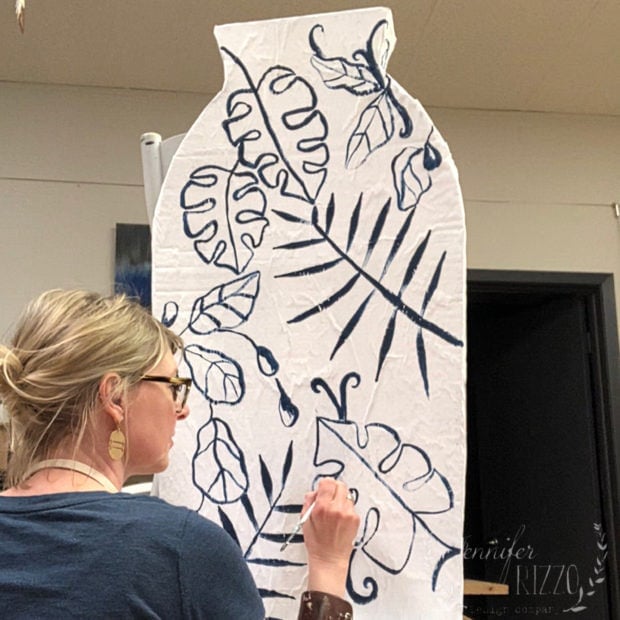 I was so excited with how the first giant cardboard chinoiserie vase turned out, I couldn’t wait to start on the second one with a different vibe. I also was inspired to use the modern chinoiserie pattern on fabric, and on pillows in our on-line store as well as a part of our Wild & Bloom collection. That one was fun, because I went all mod on the design, and played with splattering paint!