While I was excited to be designing a new brick patio, I knew that it would have some challenges. Since we were doing a paver patio design with large stone pavers, it was going to be a contrast with the existing patio with smaller bricks, and I would need to find a way to make it look cohesive and planned, and not slapped together. As in any home DIY project, marrying existing and new is always a challenge. If you want to read more about the actual beginning installation and the issues we ran into, check out this post. 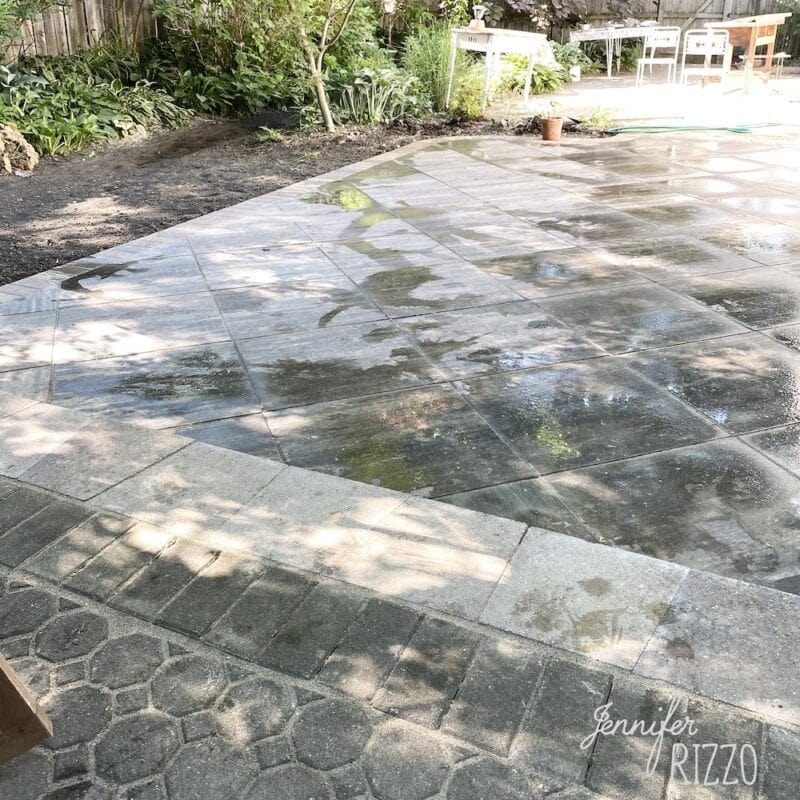 With the actual patio design, I knew I wanted large 24 ” x 24 ” paver stones laid in a diamond pattern for aesthetics.  That way it wouldn’t compete with the old patio, or look like a sea of endless brick or be too busy.That part was easy. The hard part was figuring out how do we get the color to match to the old existing brick patio. 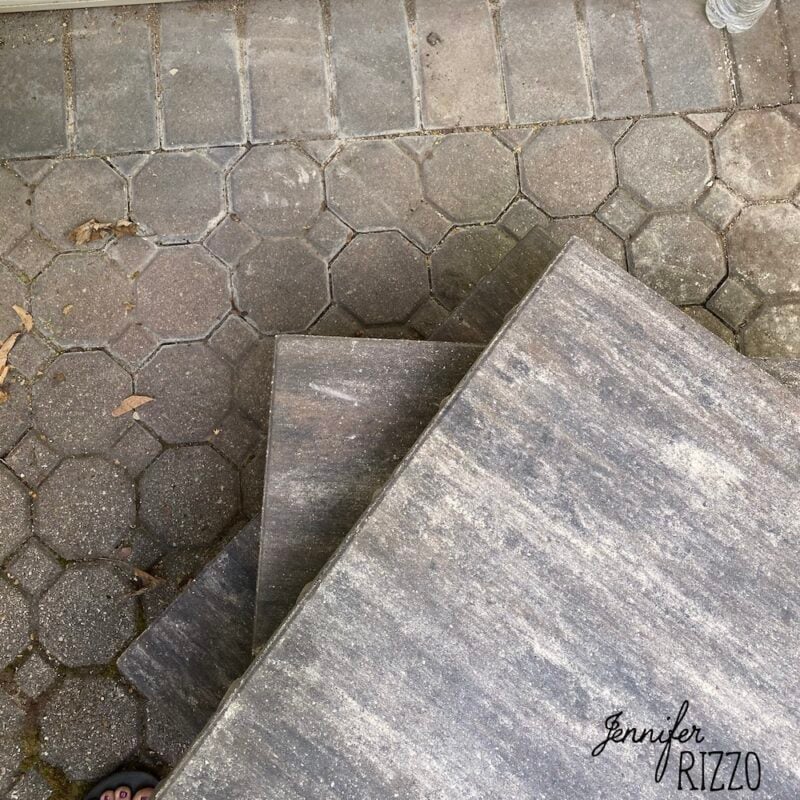 They didn’t make that particular brick color any more in any size. Of course over 20 years, even though the brick was in great shape physically, the colors had faded and changed over time across the old patio. On the outer edge toward the yard where it had the most use, it was really dark, and close up to the house it was closer to the original color and light. After looking all over, we ended up with a product by a company called County Materials Corporations. The stone line is called Elements and the color is named Timeless. It is a concrete gray color with some rust tones streaked through it which I loved. I wanted something lighter than what we had in the old patio. This seemed like the perfect way to tie them together without having them be so matchy-matchy. Plus, once the new stones weathered a bit, the paver patio design with large stone pavers should match perfectly. Short of making our own patio stones, this was the closet match we could find. 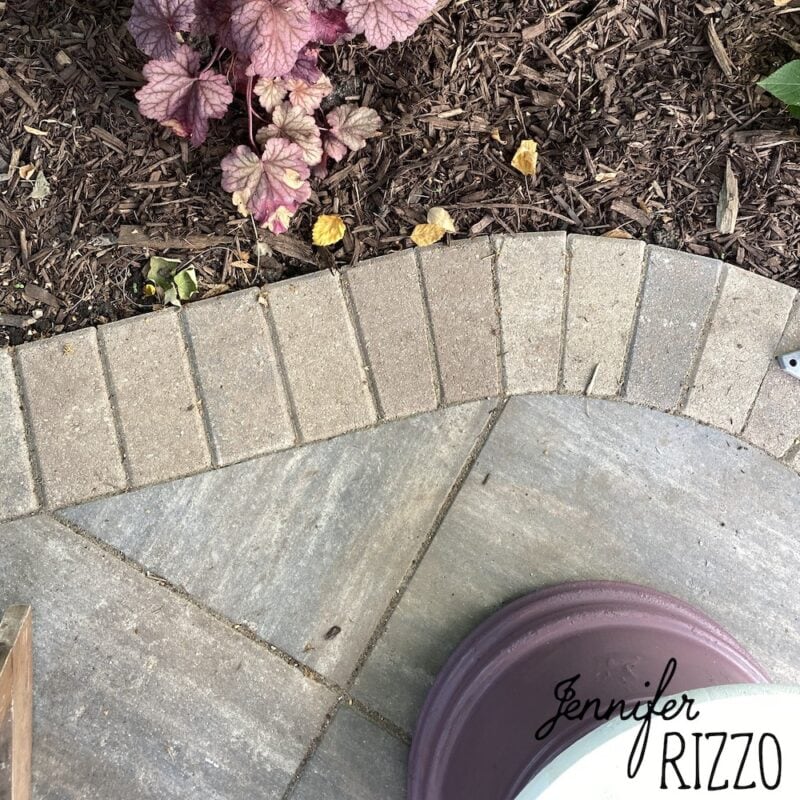 To tie in the old patio with the new patio, we got lucky that they still made the same border stones, so we used same stones to border both patios so it tied it together. The new stones are slightly brighter, but time should take care of that. Where we had a curve on the old patio, we added one to the new one so it had a flow, and added an in between planting area (which I love). 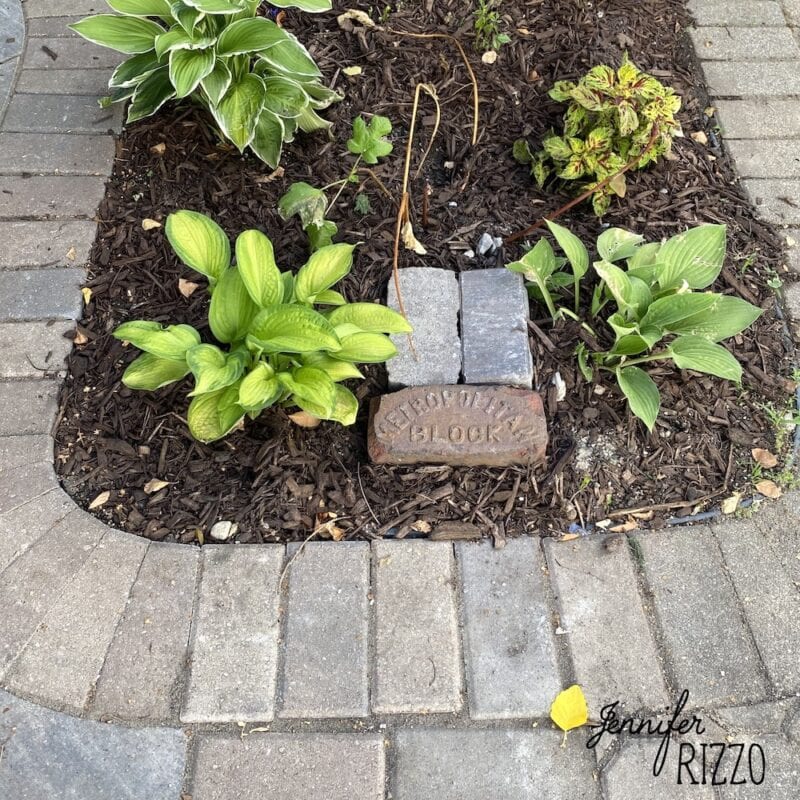 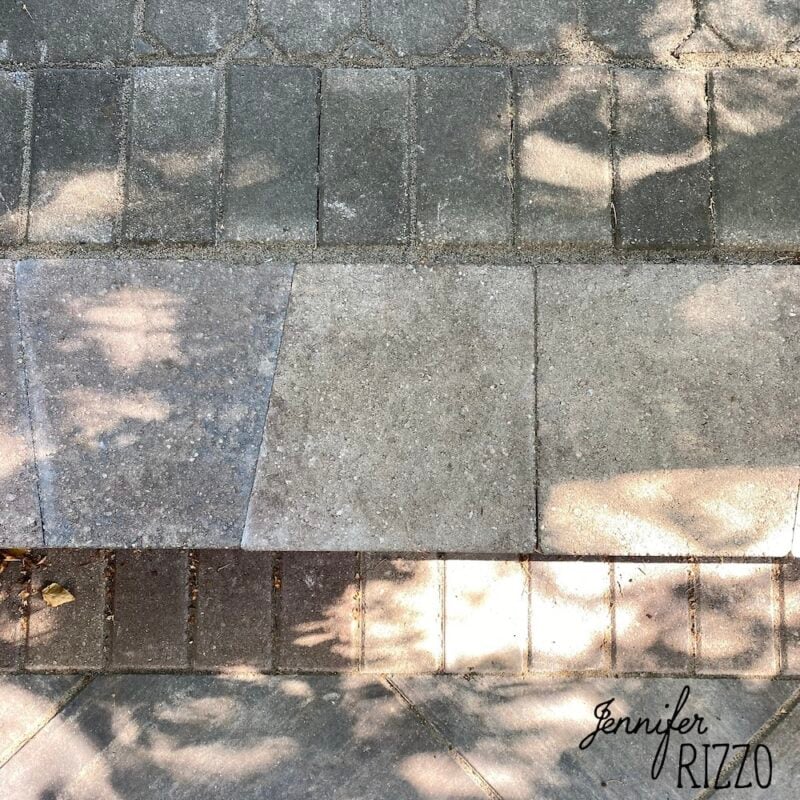 For the step up into the yard, we opted for a neutral Holland style stone, and added the brick border (I have to be honest. I originally didn’t want a step. I thought I was going to hate it, because I had envisioned it being level with our yard. and wasn’t too happy when it was our only solution short of ripping aluminum siding off and building an entire embankment, which wasn’t going to happen. The truth is… I absolutely love it. It makes the patio feel private and really connected to the landscaping in the area.). 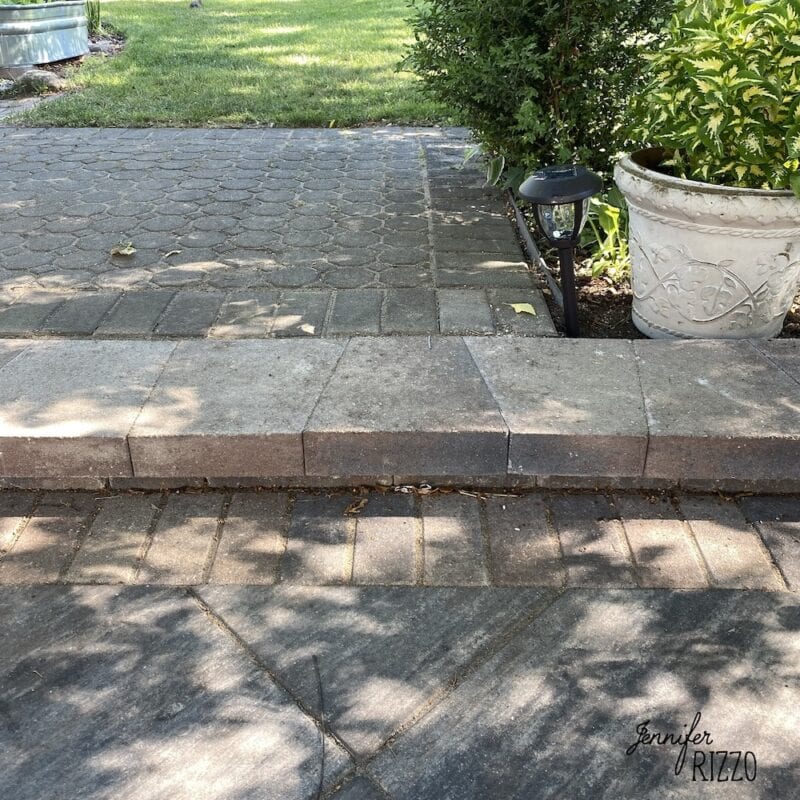 And the Holland stone and brick border really tied in the existing pad that originally was the step down from the deck that leads out to the yard. The only place I didn’t want the brick border was up against the house. I felt like it visually shortened the patio. 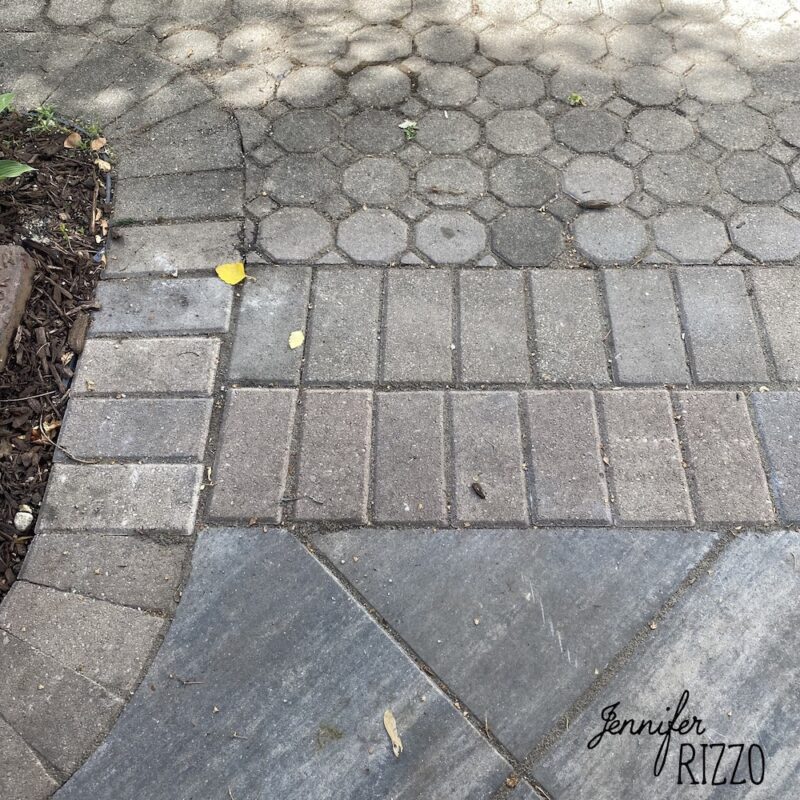 To marry the two patios together, we had them put a row of new bricks up against the old ones.  In the future, I would love to replace it with one huge, continuous piece of natural stone, but unfortunately we had the sucky thing called “a budget”. Whatever. We are so thrilled with our new large stone paver patio. I am excited to show you how we styled it. It feels like such an amazing outdoor retreat now. I love sitting out here every morning.