As part of the DecoArt challenge this month, I took on the task of kids summer fun. One things my kids love to do, especially my youngest, is craft. This wood crate play stove was such a  great way to have fun making something she could play with too. Even though she’s getting older, I love that she will still dive into playing pretend with her dolls. I know that she’s almost at the age where she is going to start transitioning out of it, I want to keep her playing while I can. She was a great sport and helped me with the challenge this month (In fact, she did most of the work!). 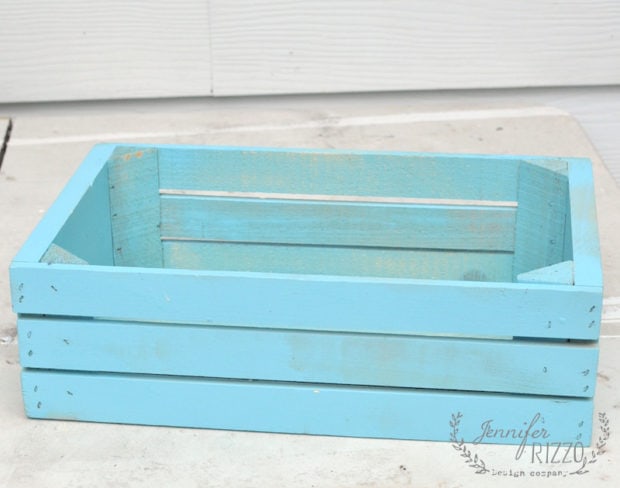 We had an old crate that was already painted, but I let her raid my DecoArt paint stash, and pick whatever colors she wanted for the project. 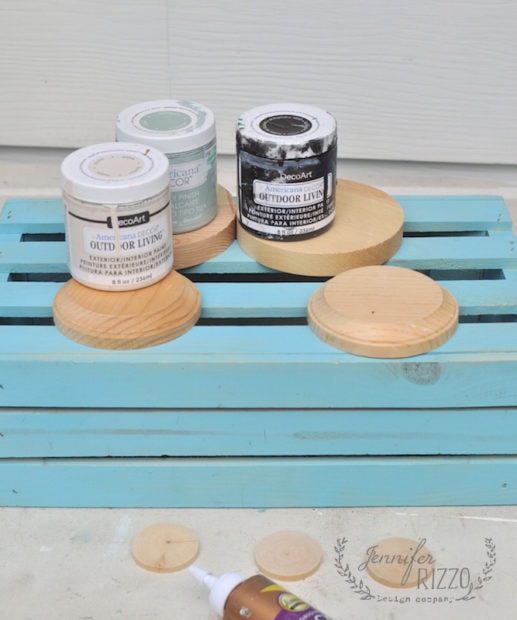 My kids always think it’s fun to dig around in my art supplies, sometimes even without asking. This time permission granted! 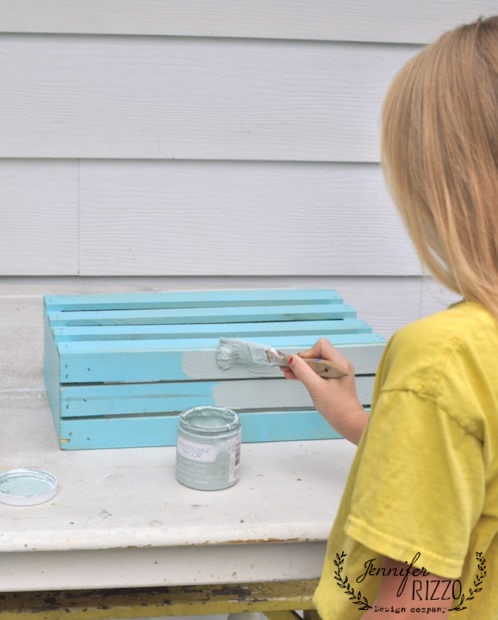 She picked a pretty blue color in the Americana Chalky paint for the stove part. For once, it was kind of nice to watch someone else work, and just take pictures. We painted the wood rounds for the burners and knobs black and let those dry. 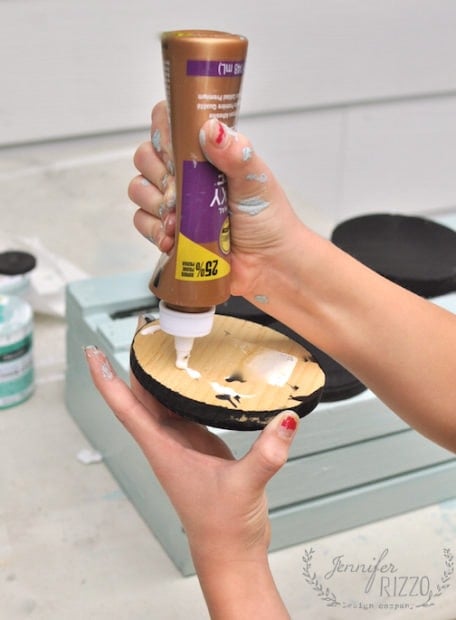 Once the crate and rounds were dry, we used the non-toxic tacky glue to adhere them. 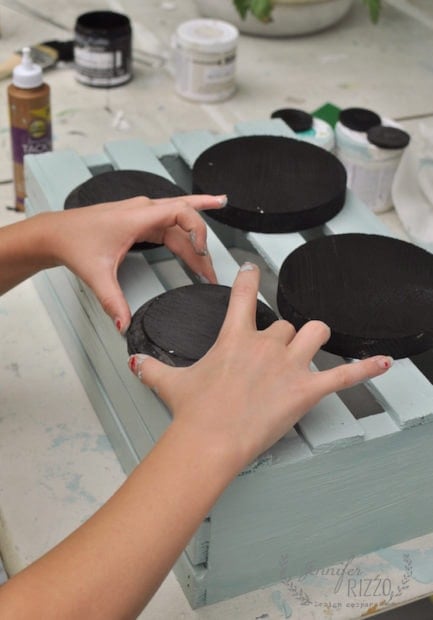 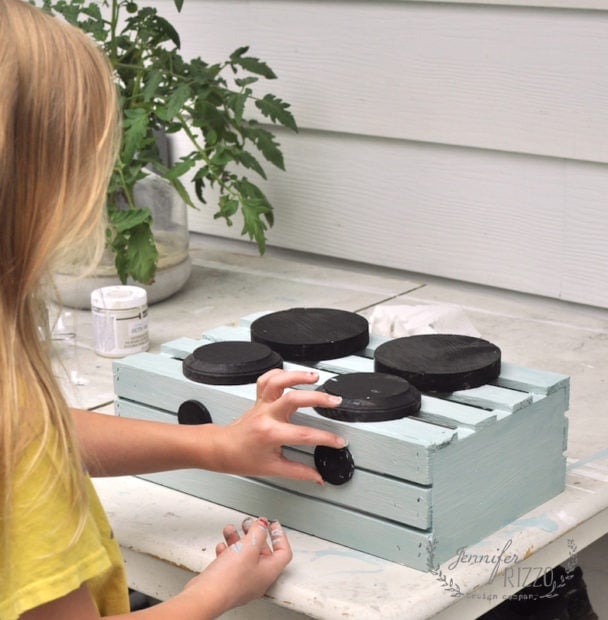 My Little is too old for me to worry about her  swallowing small things. If you have a child who’s younger, or smaller kids who might pop one of those smaller rounds in their mouths if they fall off,  you can leave them off, and just paint circles on with black paint for knobs. 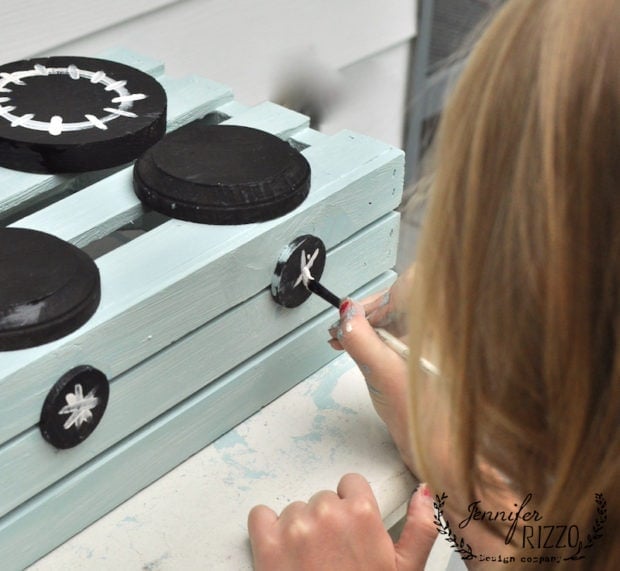 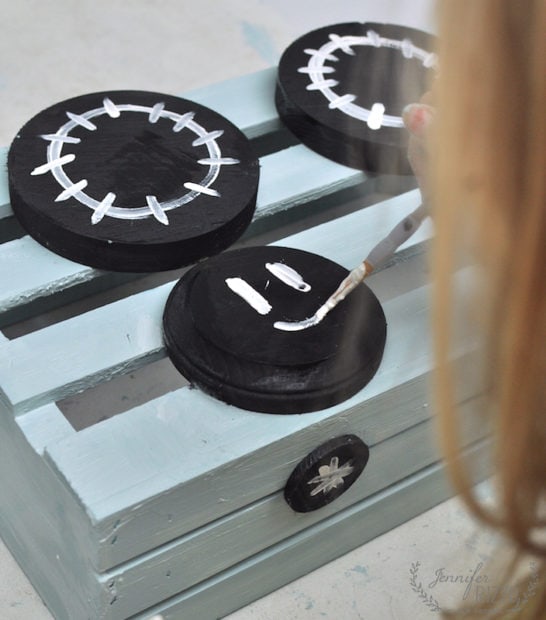 This is what I love about the freedom of childhood. She had no qualms about making two of her burners smiley faces. As an adult I would have had to paint them as close to realistic as I could. Nope, not her. I love that. 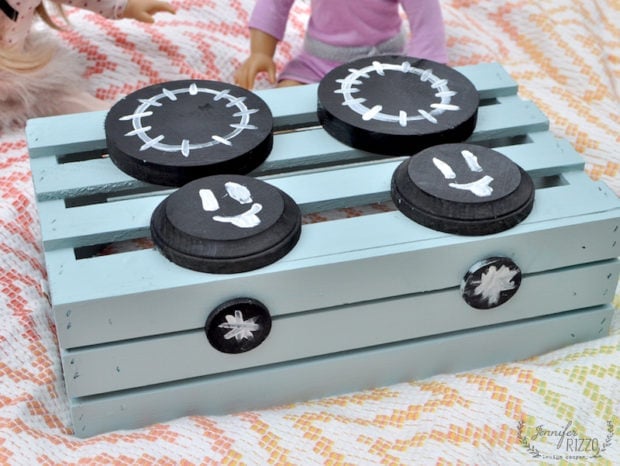 Once it was dry, the wood crate  play stove was ready for play! We took it outside and threw some blankets on the grass. Of course I asked her if I could take some pictures while she played with it. She just shrugged her shoulders and said “ok”. It was hard not to take too many. 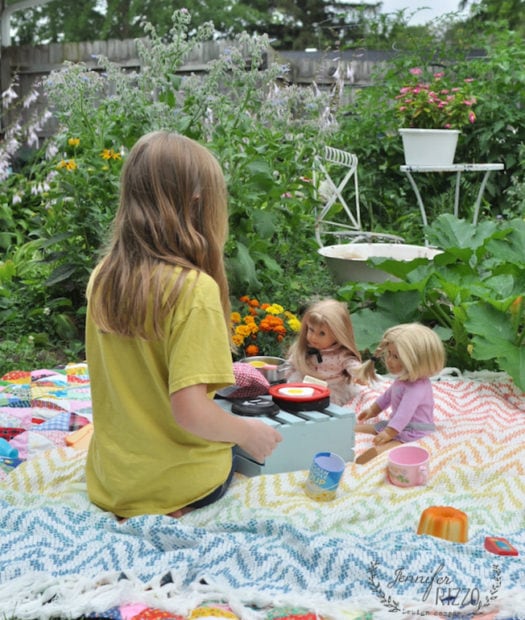 She sat right down with her dolls and started whipping up delicious wood and plastic food. 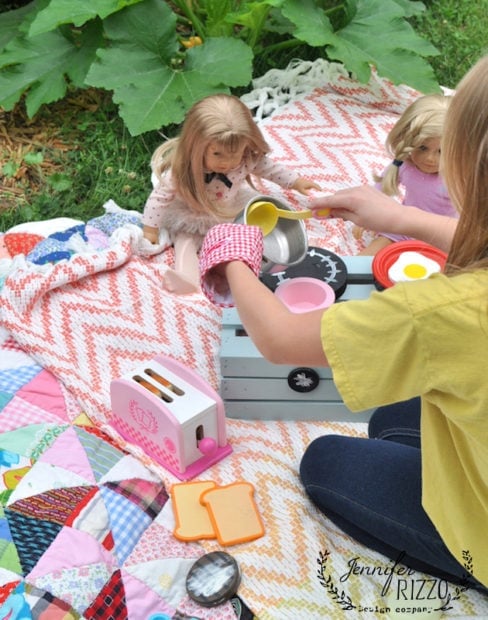 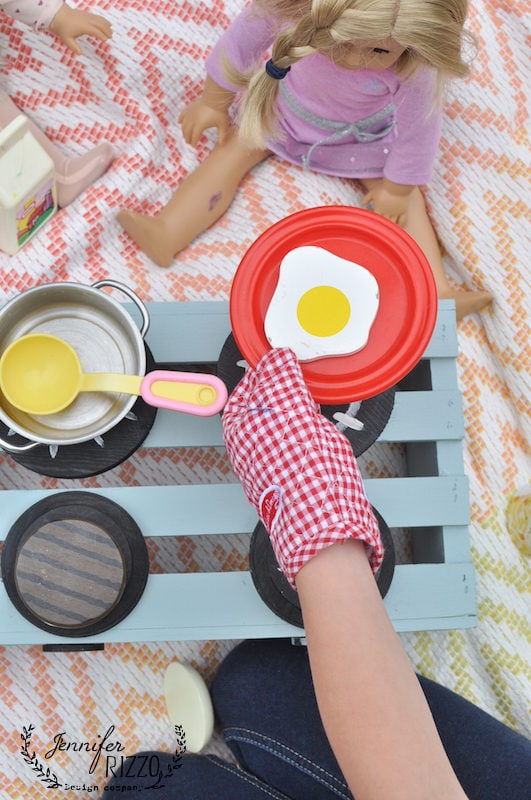 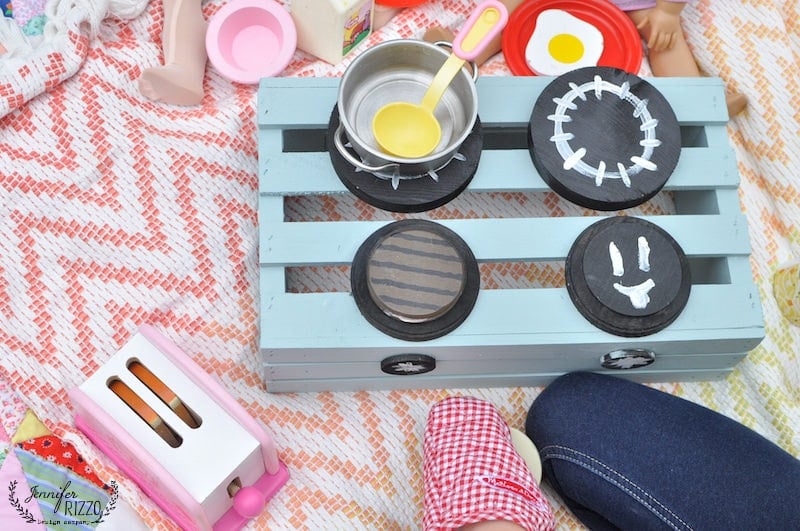 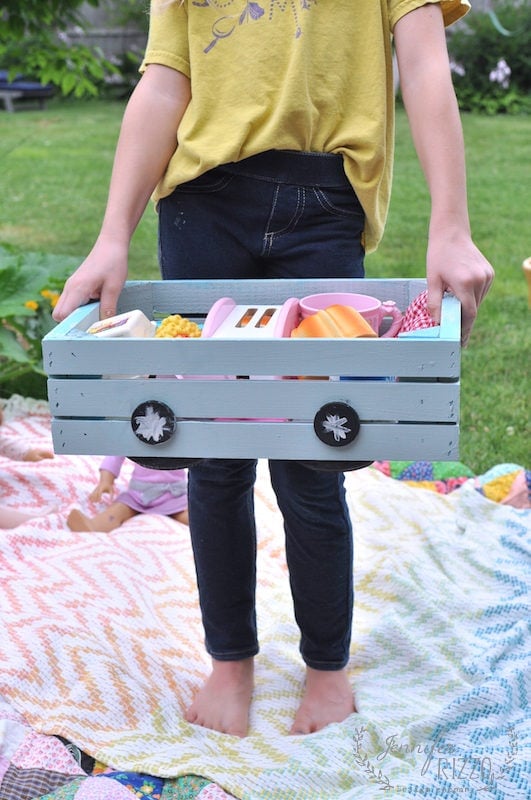 I think the best thing about this project is that is something substantial she could make herself, and then use. It kept her busy for an hour or two making it, and then more time playing with it outside!

This post was sponsored by DecoArt, opinions are all my own