One of the things I was really sure I could DIY easily in this project was replacing new fabric canopy for a playset. The other one had been destroyed a few years ago in a storm, and we hadn’t gotten around to replacing it. Well, it kind of kicked my a**. This was one job I wished I had had fifteen people to help me with. It was a complete pain of a job, and if there was any swearing that happened during the project, this was it. 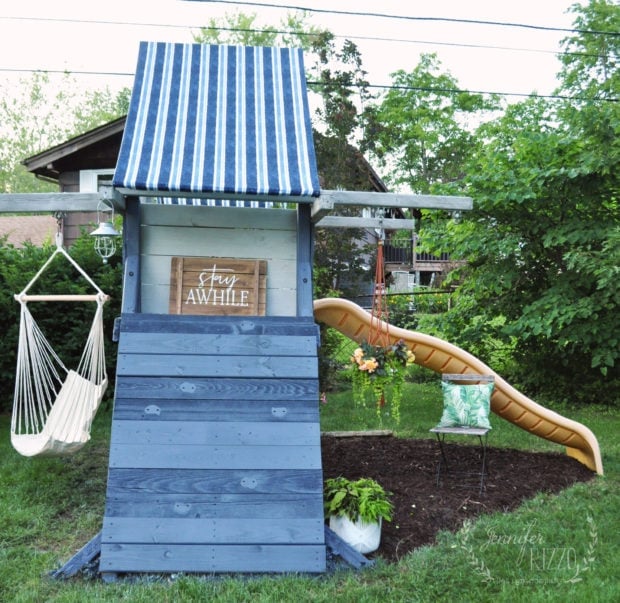 If you’re wondering how to replace your playset canopy, I will tell you that if you can, buy the one that goes with the playset that snaps right on. They are about $30-$100 on-line. We didn’t opt to go that direction because one, I was so sure it was going to be a cakewalk to replace it, and two, of course we wanted something custom. And three, I like to make my life difficult. 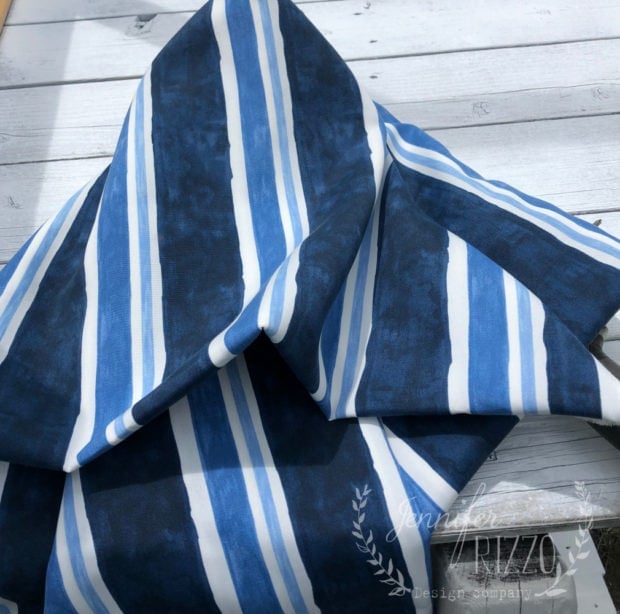 During the design process, Middle picked out a striped fabric. We went with a Sunbrella outdoor fabric. It’s not as heavy as a tarp, so I’ll let you know how it holds up over the winter (The way we did it, it’s not removable.). So, in this “DIY” post of how to replace your playset canopy, I am actually not so much going to tell you how to do it, but what not to do. I pretty much did it all the wrong way, which is why there was so much swearing involved. So here are a few tips below if you decide to replace it on your own. 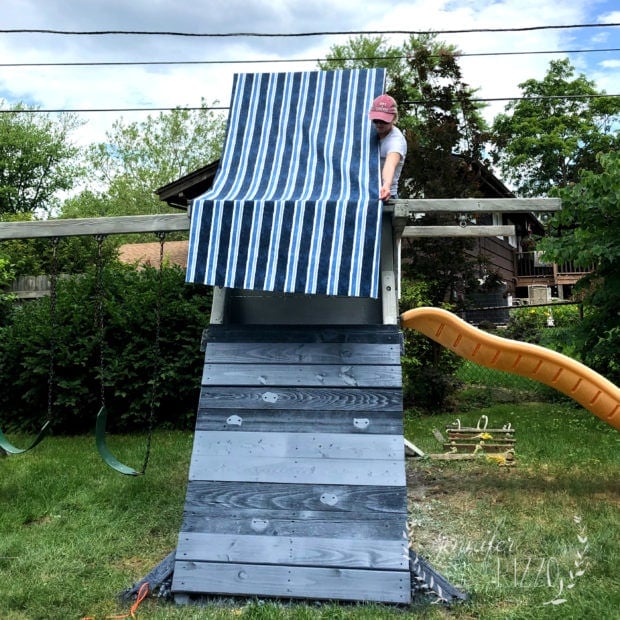 Tips on replacing your playset canopy or tarp:

The first tip in replacing your playset canopy: Buy a pre-made canopy

Number two. We measured, and I bought extra, but I did not account for the fact I needed to wrap it around the wood at the end, and would need to remove the excess. Make sure to do that. I pulled it so it was even, but really I should have pre-cut my fabric to size, and trimmed it on the ground instead of in the air on a ladder, with a pair of sharp scissors like a ding dong. Don’t do that. 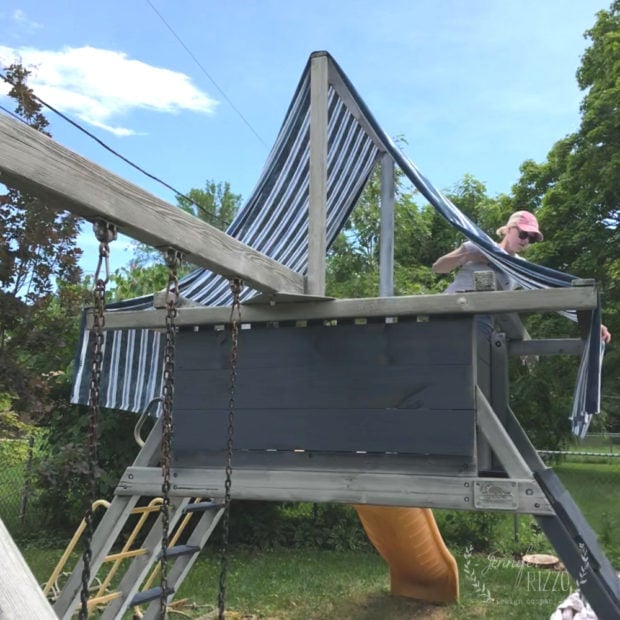 Number three: I didn’t want to sew, so I bought 54″ inch fabric, and then folded the edges under to match my canopy size. For the love of all that is holy, do that in the house out of the heat, and iron the edges down in the air conditioning like a sane person. Guys, I’m not the brightest light bulb in the box. 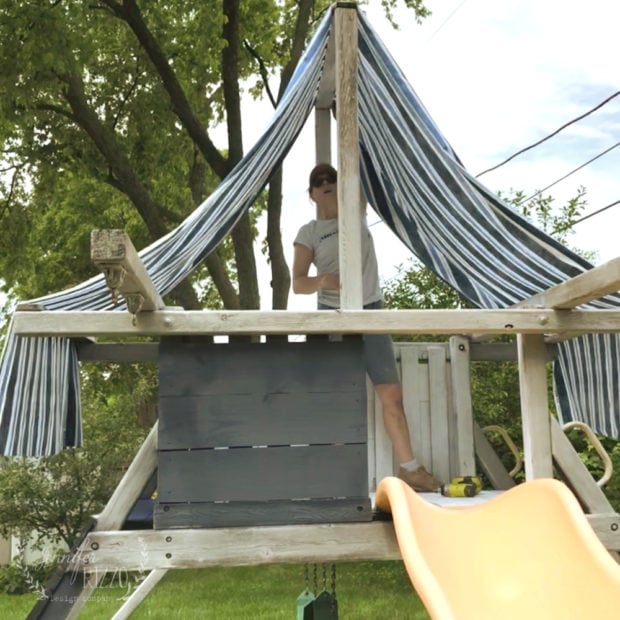 Number 5: Find your staple gun. Mine is lost somewhere even though I just used it. Imagine that. I ended up screwing the fabric into the wood where it had previously snapped, but it was cumbersome, and led to much more swearing every time I dropped a screw in the grass from ten feet in the air, on a ladder. 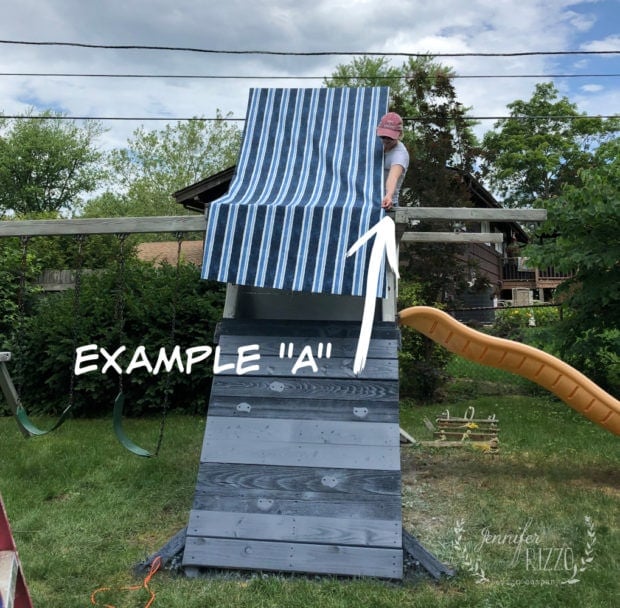 Number 6: Have a second person there to actually help you, not there to just take your Instagram pictures. You would think that would be obvious, but as you can see by example “A”… Nope, it’s not.

While we love the finished results, they were hard won. I hope these tips helped you to replace your playset canopy.  Good luck!