I recently had the honor of being able to go to Palm Springs to speak at The Alt Summit. If you’re not familiar with the Alt Summit, it’s a conference for women influencers and entrepreneurs. I was selected to lead round table sessions about blogging and how to diversify your income as a creative. It was so great to connect with women who were on all different stages of their journey. Some had never started blogging and wanted to start, and others had been doing it a few years and wanted to know about other ways they could make  added income from the talents and gifts they already had. 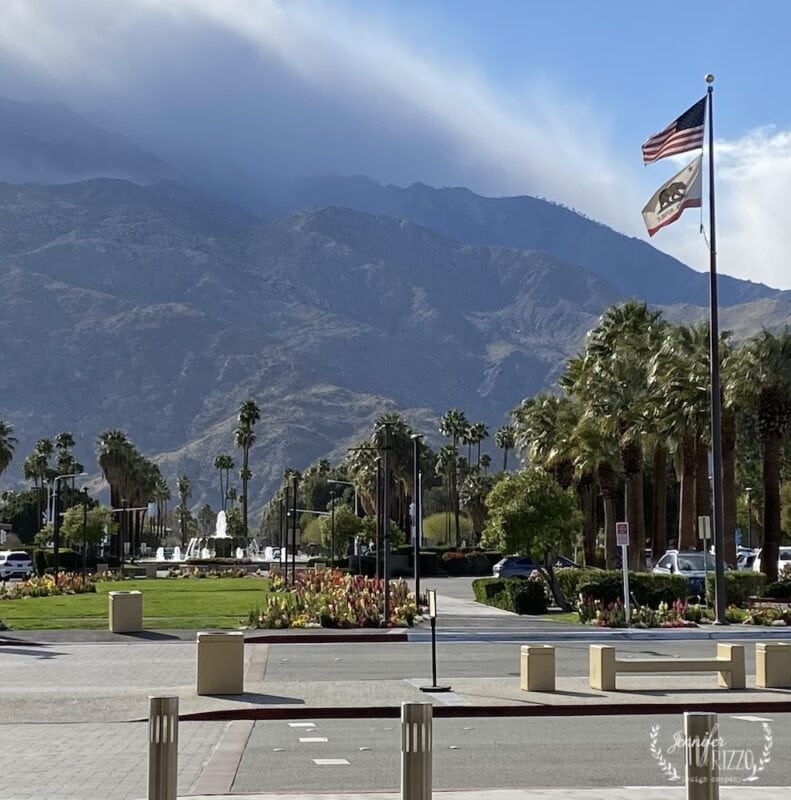 Have you ever been to Palm Springs, California? I have to say it’s absolutely beautiful! This was my view when I stepped out of the airport. 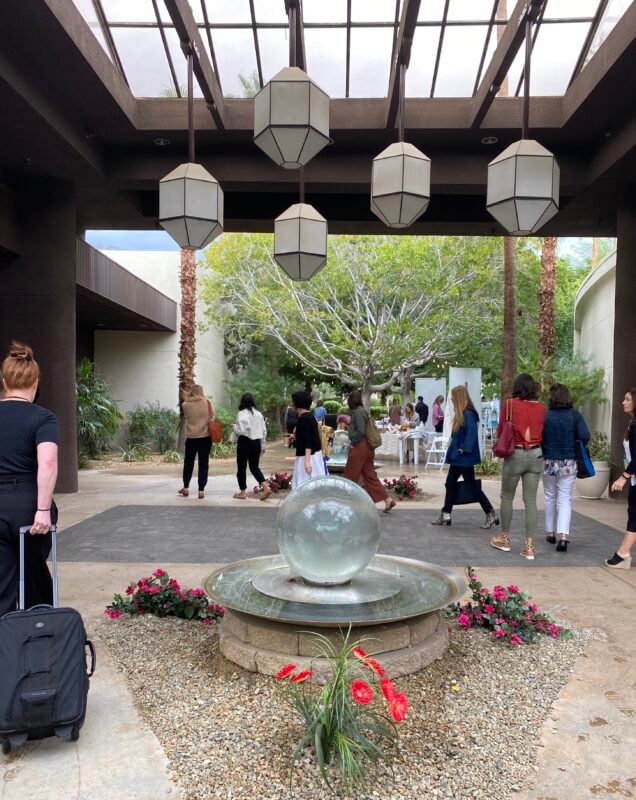 The Alt Summit took place between three hotels, The Riviera,The Saguaro,and The Ace. Each hotel had it’s own look. The Riviera was very upscale as you can see in this picture of the main entry way where the shuttles dropped us off. 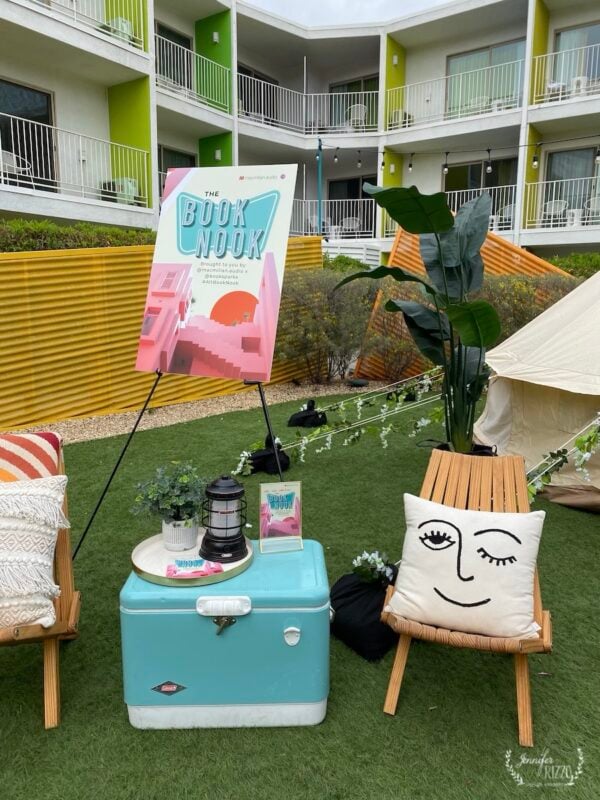 The Saguaro was super colorful and fun, as you can see behind the Booksparks display. The food there was amazing, and the chef was so awesome when it came to my food allergies. It made it so much easier to eat. It’s so hard to do that when traveling sometimes. 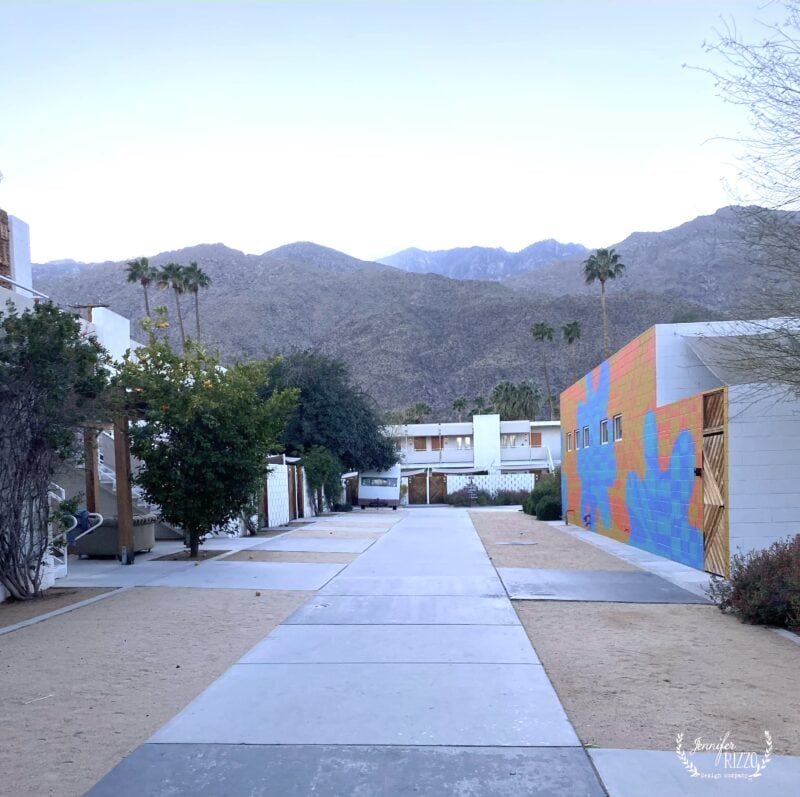 The Ace is my favorite hotel out of the three. There is just something so cool and fun about it. 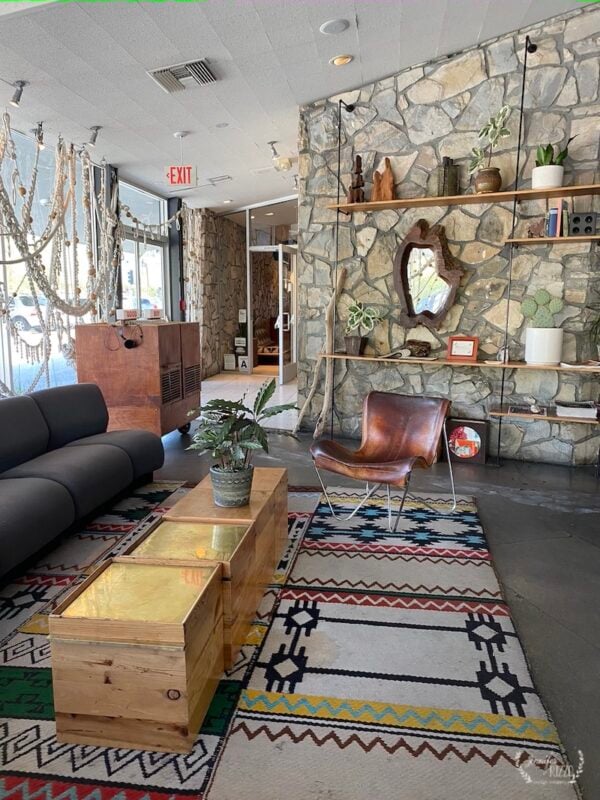 It just has a vibe. 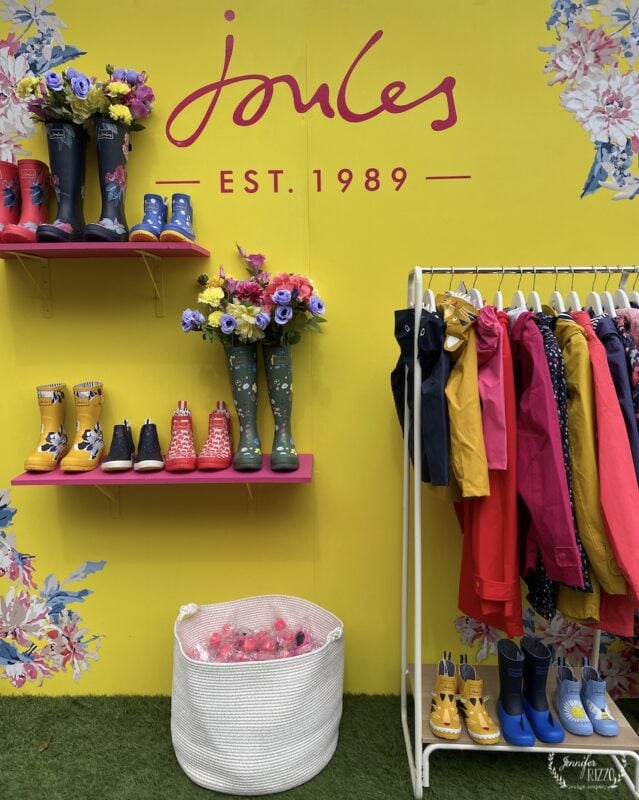 At  each hotel and at The Saguaro, they had brands set up like the Booksparks above, and Joules boots. Each vendor had really fun booth set ups. 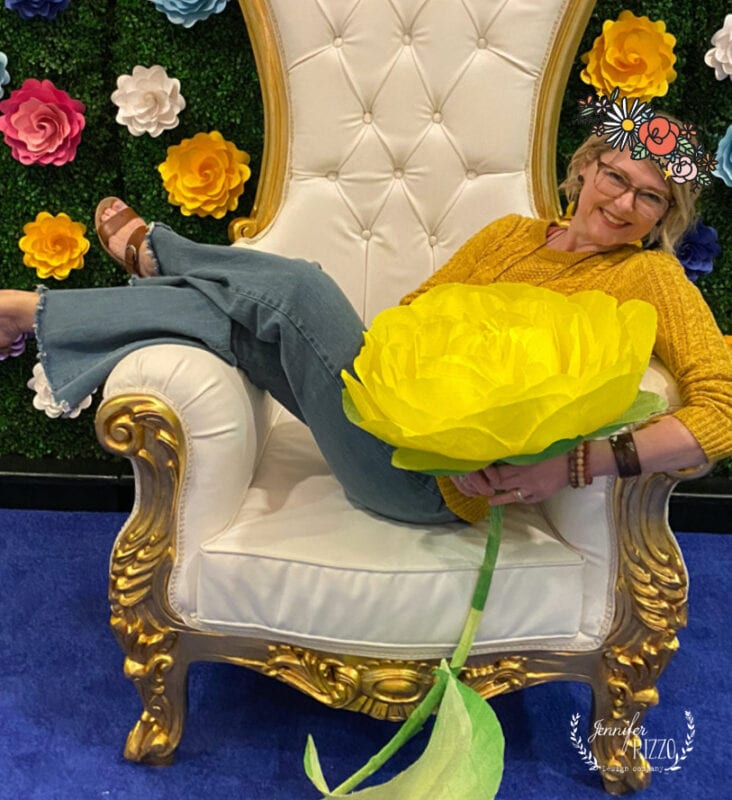 Constant Contact had a giant chair for photos.  I have to be honest, I had no clue what do to. I kind of laid across it, and then I realized what a dork I was. 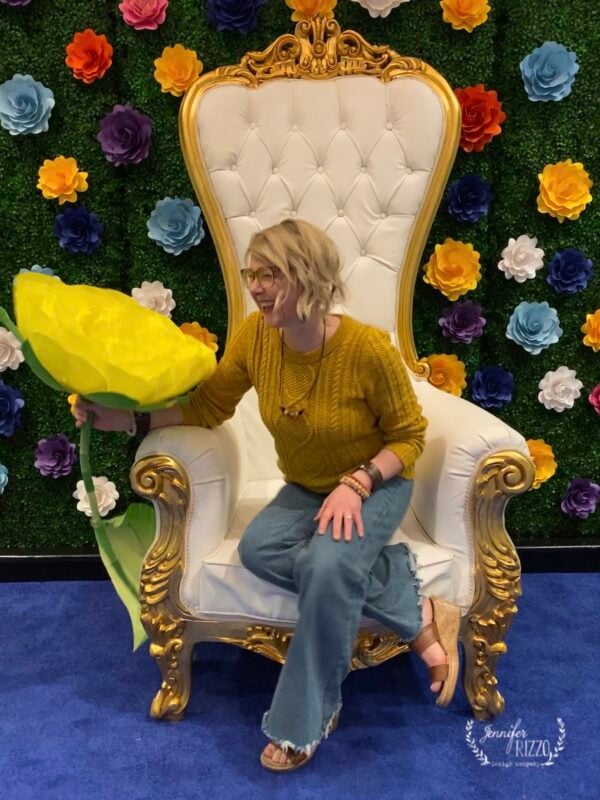 I always try to be all cool, and I just can’t seem to go through with it. 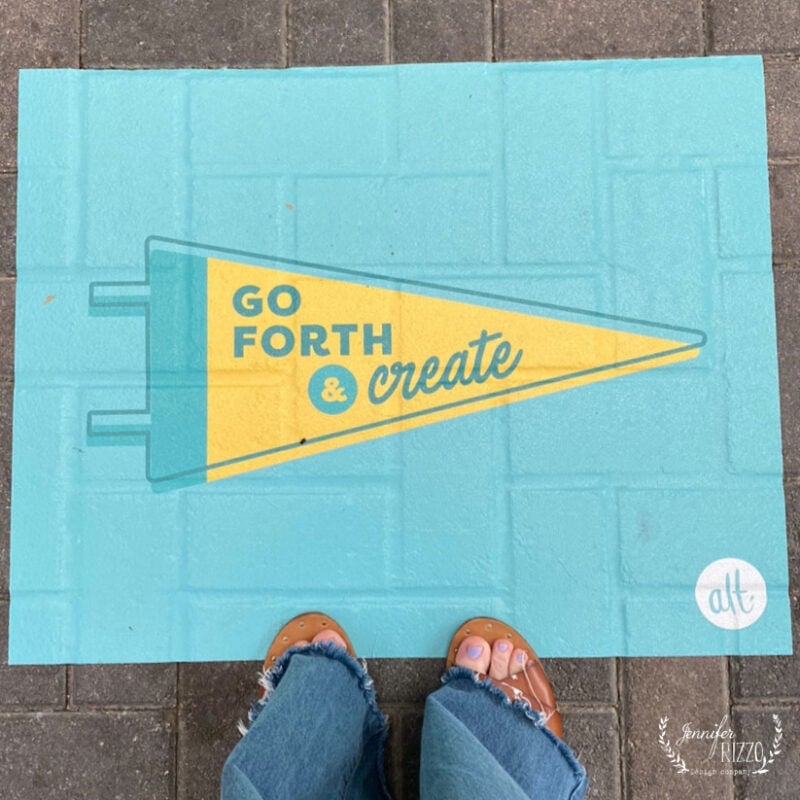 I loved all of the bits of inspiration spread out literally under foot. In the part two post, I’ll share some of the art and a really fun boutique I stopped in. 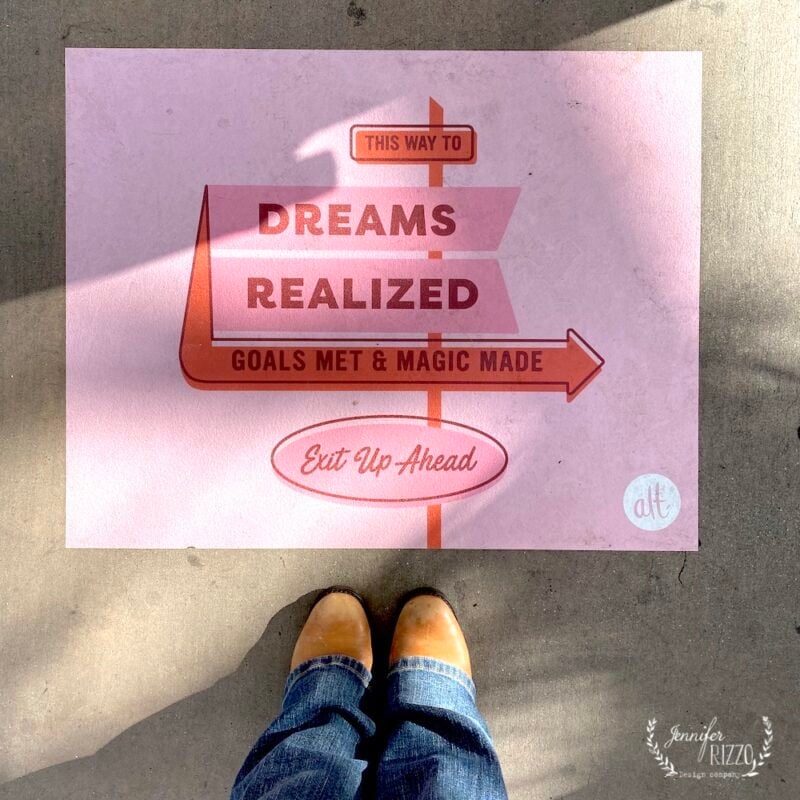 I lead round table sessions two days. Those round tables were a great way to get in depth information from people in an intimate setting. There were some that were very business oriented, and others that were more personally targeted. 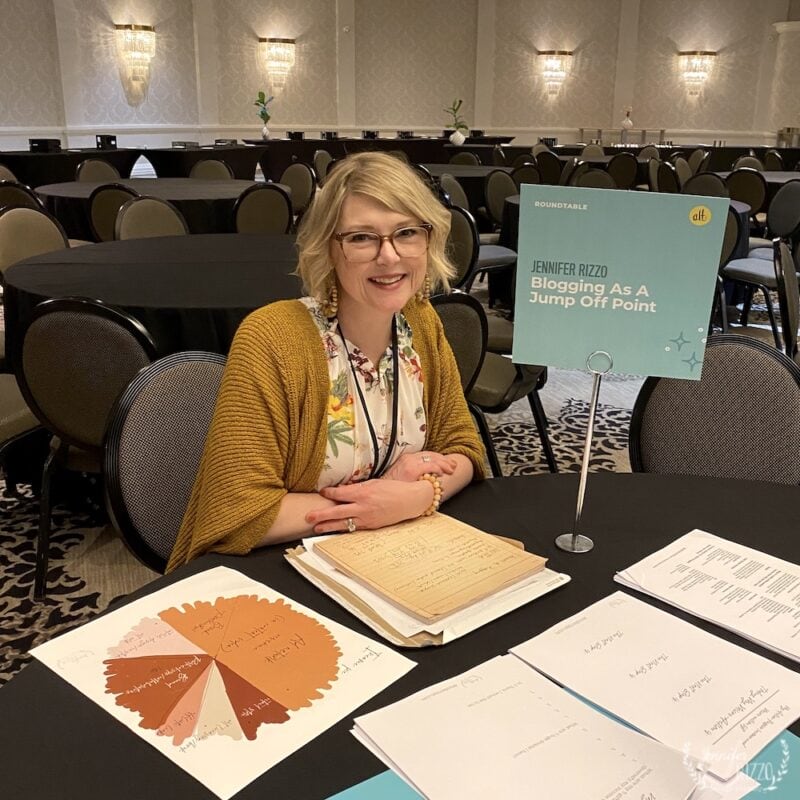 Again, I tried to play it cool, and then I totally geeked out as I waited for my sessions to start. 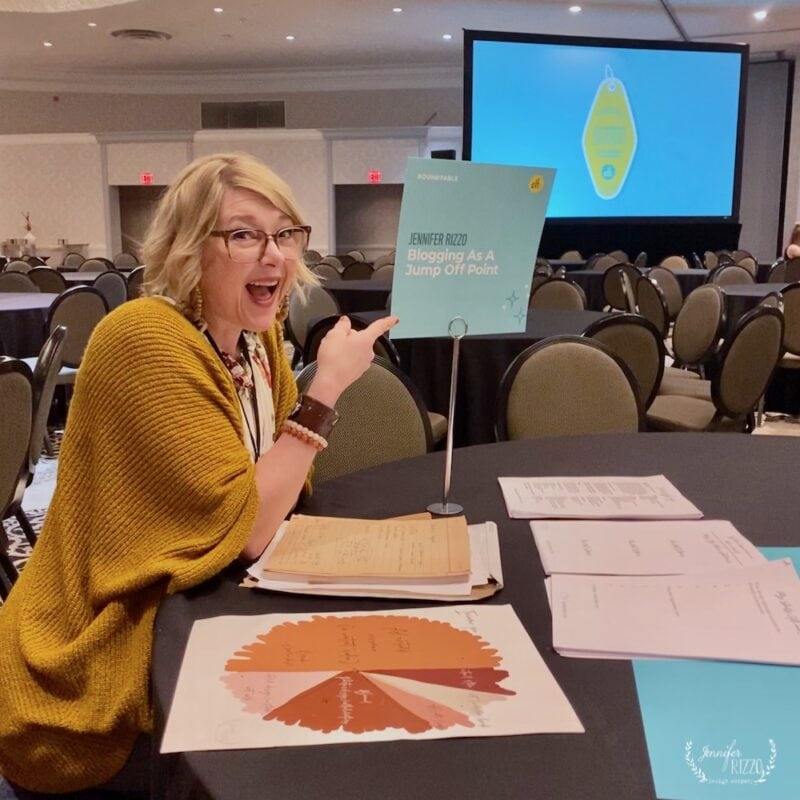 After the rounds tables were over, I had quite a few workshops I attended myself. The one thing I found challenging was having to shuttle between each hotel for sessions and workshops. I ended up missing a few which bummed me out. Honestly, I think they have too many classes going on.I  got a lot of great information from the workshops, especially the Instagram sessions (which changes all of the time.).

There were some really motivating and inspirational speakers like Soledad O’Brien, and Dayna Isom Johnson from Etsy and Making it. 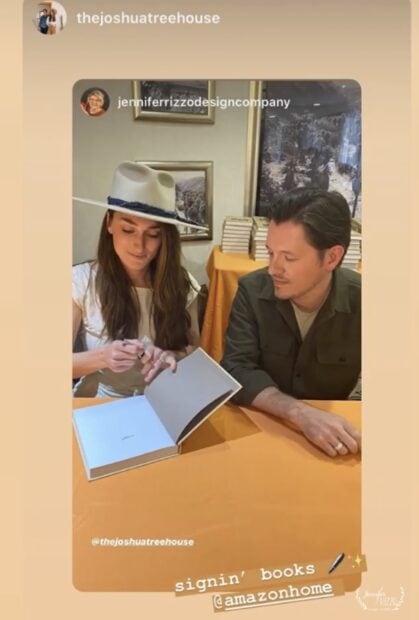 I also got a signed copy of the book At Home in Joshua Tree by Sara and Rich Combs. I was first in line actually. Sometimes a girl come out of the bathroom at just the right time. They shared my story on Instagram so of course I feel all famous now. 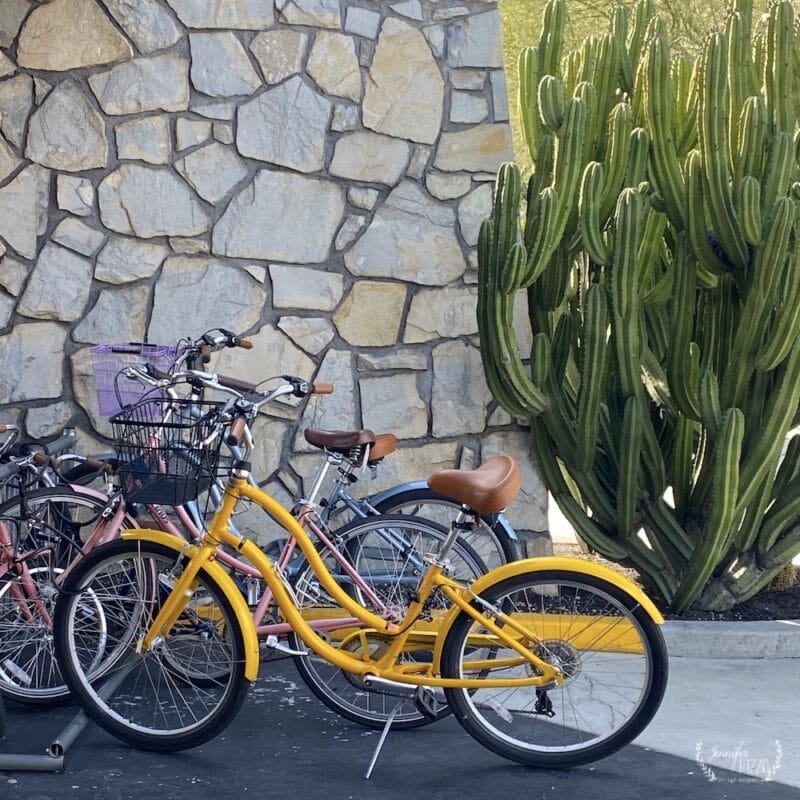 I’ll share some more pictures in the next post. There was some amazing art at the conference, and I visited a cute shop in downtown Palm Springs!