We have our first Fuji apple harvest!

Five or six years ago, I planted a Golden Delicious apple tree in our yard. For a few years all it had was few,gross,wormy,apples with poor production. It was a disappointment every fall. I finally went with the recommendation of planting two apple trees near each other for cross-pollination. I put a dwarf Fuji apple tree close by (about 15 feet) to see if it would increase the yield a little. It did… and then the squirrels would get them. Every. Single.Time.There is nothing worse than when you are so excited, you dream about making apple crumble, and all kinds of amazing desserts from your own tree, and you go out to pick them, and see the residents in your urban jungle have left your tree stripped completely bare of decent fruit. They seem to always know how to pick it at the peak of ripeness, normally the day before you do. 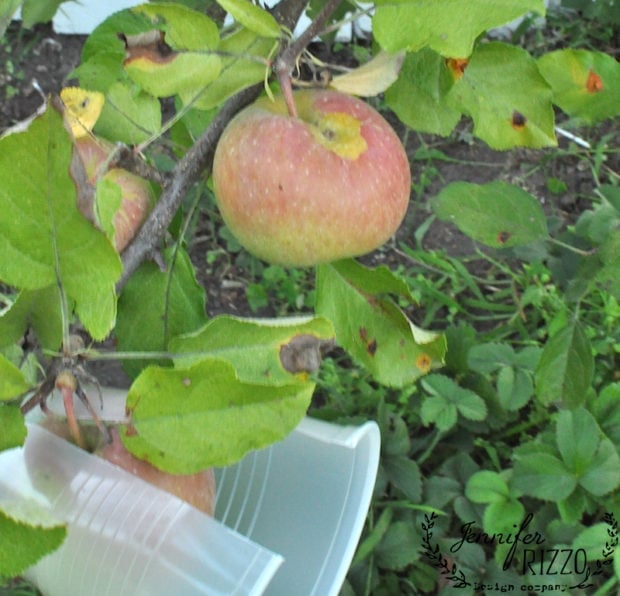 This year, I went all throwback on them, and pulled out a trick from my grandmother’s arsenal. My Grandma Kay was raised as a tenant farmer near the Fox River. As she grew into adulthood, she brought that mindset with her to the suburbs, and raised a lot of fruit and veggies on her 1/3 of an acre, 20 miles outside of the Chicago city limits. She had chickens before it was cool, and 5 or 6 fruit trees, as well as a massive vegetable garden. That is how I learned to grow potatoes.

Every year, when you drove past her trees, the pear and apple trees would be covered with styrofoam cups. It was actually pretty funny looking. I mean, people would stop their cars and stare trying to figure out what was going on. I asked her why she just didn’t use a net. In her opinion,they didn’t work,  the squirrels and birds just were caught inside… well, angry squirrels and birds that you had to let out, which was worse. She finally tried putting a cup with a slit on the best fruit, and letting them have the rest. 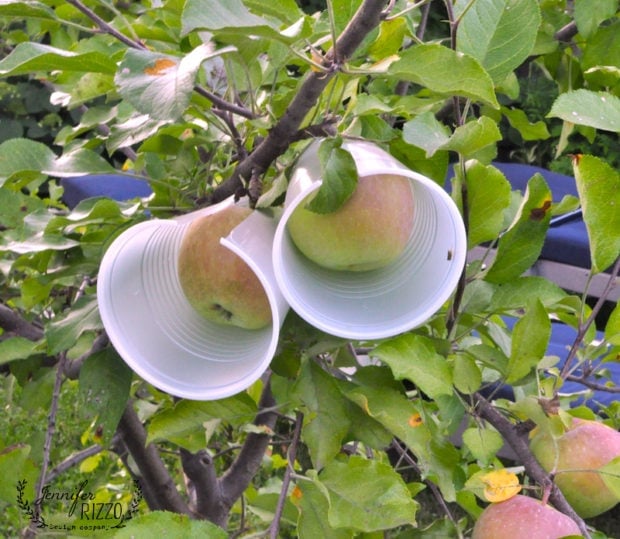 So I bit the bullet and tried it, hoping for some kind of  Fuji apple harvest.

I mean, I’ll admit, it looks completely stupid. My kid’s, who shrug off most of the weird stuff I do, just rolled their eyes when their friends asked. 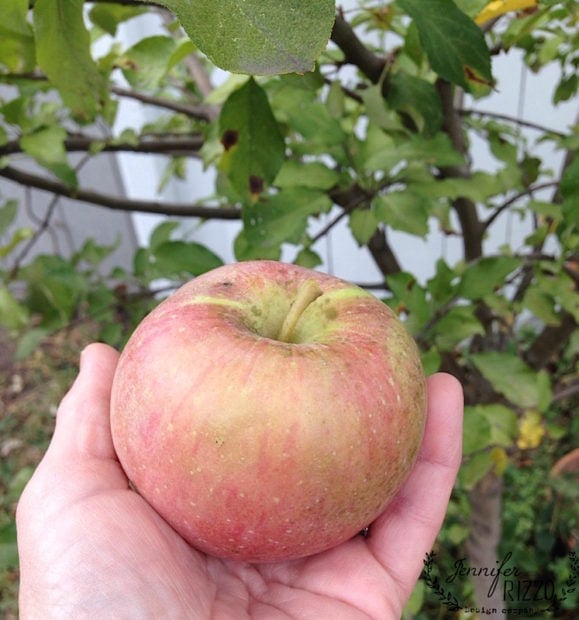 But I will have to say, it worked! I was able to get a handful of perfect fruit off of our tree. A few had worms since I don’t spray, but the rest were perfect. 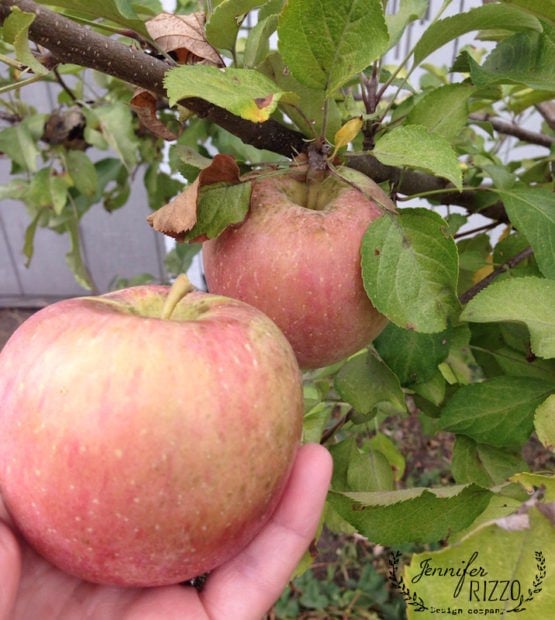 The tree is only a few years old, it was just enough for a taste this time,  but I am excited to see how the tree produces next year.  Our first Fuji apple harvest was a success in my book! The Golden delicious is still a low producer, which amounted to nothing this year.  I might make the sacrifice next year, ignore that tree,and let the animals have those apples, so hopefully they will leave this one alone.

Is there a weird thing you’ve learned that actually works? There is something to be said for learning from those who have gone on before you, and adapting it.