I know I’ve been a  little MIA the last few days. It’s actually been really busy here. My business has been growing like crazy, it’s outgrown the little back of the dining room area we put in years ago,and I needed a place to work besides our kitchen table. We actually wanted to eat at it like a family once in a while, and got pretty tired eating on the couch at the coffee table. We decided it was time to take over the kids very small playroom (or play closet as some might say) as a work space for myself, and to be totally honest, it just gutted me to turn it into my new in home studio.

To be honest,the room was constantly a disaster zone, and they never played it in any more, and they actually didn’t even care when I asked them about converting it. It was filled with old toys they never played with and quite frankly, paper and garbage. It took two days to completely clean it out and sort through what to keep and what to donate. But, after it was cleaned out, and I saw the empty room, I started to get a little sad. Then, I started to move my paint and canvases, and I got  a little weepy. By the time I had almost everything moved, I was in a full-blown, snotty,ugly cry.

It hit me. They didn’t care, because they really didn’t care.They are growing up. I have a teenager, and two tweens, and the small amount of toys the younger ones play with fit quite nicely in their room. I felt so sad, and so guilty for taking the space over, as if the act of doing it was taking their childhood away. I don’t know why,  as I type, I can hear the younger two happily twittering in their room together with the Barbie Dream house. They had outgrown a playroom, I should have been ecstatic. I was/am not.

My reaction took me totally by surprise. I wasn’t the mom who cried when my kids went off to full-day first grade, I was the one who popped the champagne, and had a fricken mimosa. I realized this time is going fast,and, on top of it, we might not be in this house forever. We are outgrowing it (or did  a long time ago.). We could still end up moving, and I couldn’t imagine the reality of that. We’ve been in this house 17 + years. We raised the kids mostly here, and now, them being gone was more of a reality than ever. Where did all of the time go? You guys have been here with me the last 10 years of blogging, It’s gone by fast.

How did I end up in the second half of my life already?

It was  a big snotty, messy,snowball effect I tell ya.

I’ve recovered some, after an entire box of tissues. Everything is moved into the minuscule space (I know many of you have bigger walk in closets, but it’s hard to find extra space in 1,196 square feet). But, at least we can finally eat at the kitchen table after all of these years. Over time, I would like to pretty it up a bit, and I’ll share that with you.But for now, it was getting the deed done.

Here are a few peeks. It is not one of those glamorous studios by any stretch of the imagination, but it is not the kitchen table, and I can shut the door when those little angels who are teenagers get to to be too much. 🙂 . I didn’t take a before because it was too embarrassingly disgusting. Imagine my front hallway times 100. You can see I was already able to get in there and paint a little today. It was nice. Weird, but nice. I’ll show prettier pictures when it’s painted and decorated a little more.

And, if you need a place to create, you can find room. 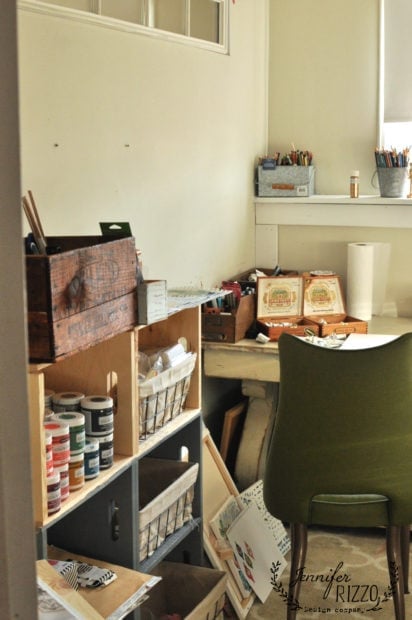 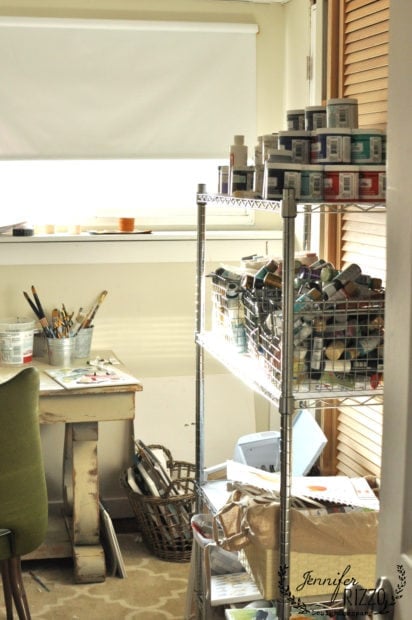 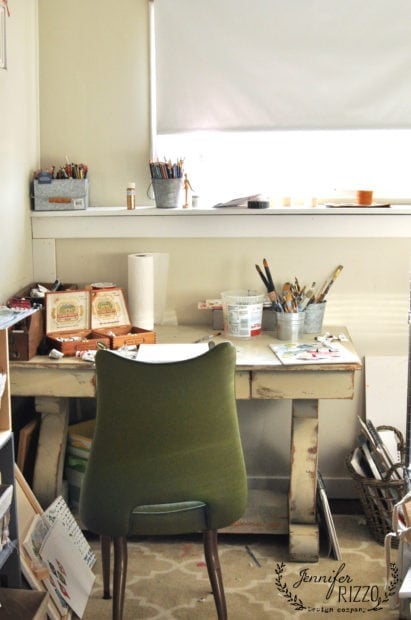 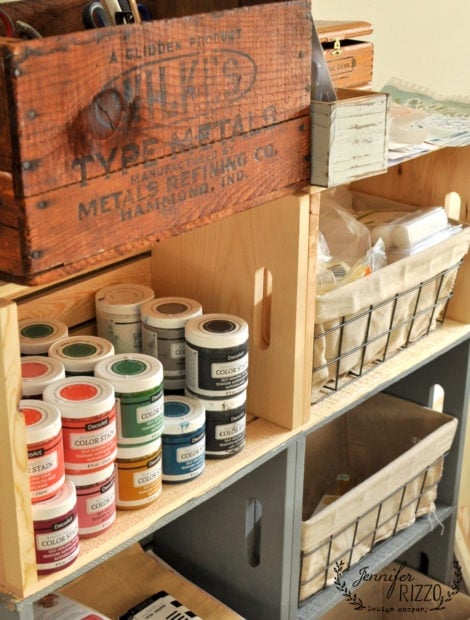 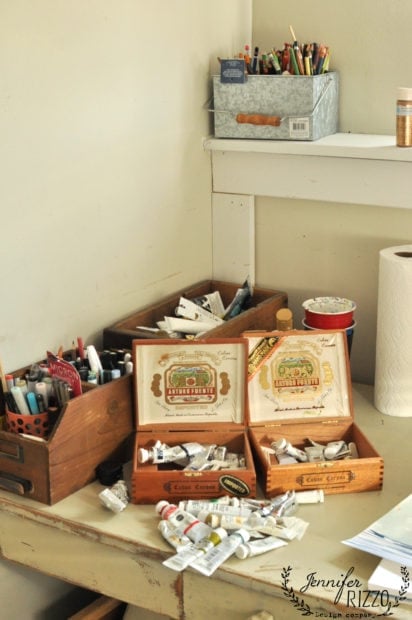