Skip to content
Sure, she looks pretty… but organic gardening and weed control for dandelions certainly creates a challenge. I really want to stay organic, but sometimes there is such a temptation to get rid of all of the weeds in one fell swoop. I hand pull by using a weeding tool to dig out the tap root, and I also use vinegar for weed control, but they are still  a challenge. 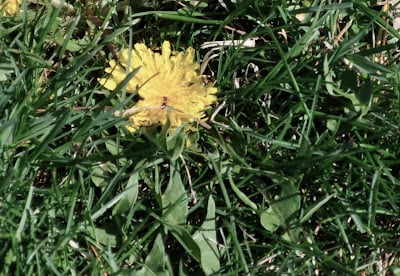 But let me tell you, they are free loaders; once they come to stay, they never leave. I know they are supposed to be edible, but after following a few foraging blogs and trying their suggestions, it is not something I would do on a regular basis. The leaves are way too bitter for me even when small. I did out the tap root, which helps a bit to control the dandelion population such as when I weed our pea gravel paths. 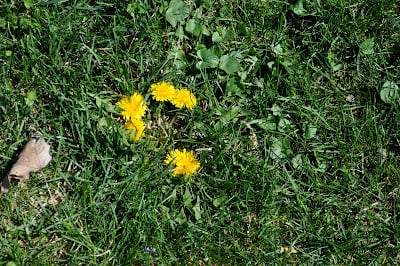 And they bring friends. Lots of friends. But, no chemicals in my yard! So I gathered the kids around for a fun (and temporary) solution. To see more about organic gardening, check out this post. 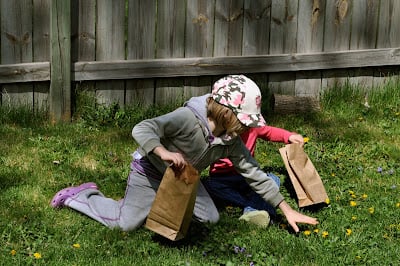 So, meet my new crack “organic weed” squad. We decided to make dandelion picking a game. Even though it doesn’t totally take care of the problem, it does stop the heads from flowering and creating more seeds. 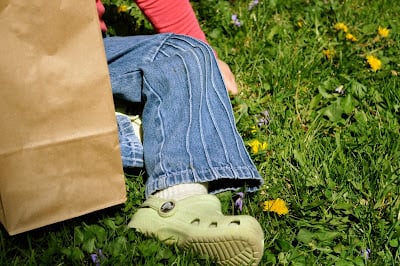 I told them I’d pay them penny a flowerhead. When they got to $2.00 each, we’d go for ice cream because they’d earned it, …thinking that we’d get a few weeks out of it. Those darn kids reached two bucks before the day was through. It’s going to be an expensive and fattening summer, but I appreciate the exercise and activity they get in our organic weed control! 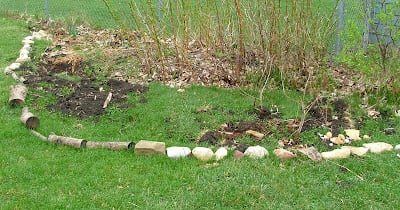 While they picked dandelions; we worked on our garden expansion to the raspberry and blueberry area. I moved a few rocks to outline the area. The less grassy area, the less there is for the dandelions to take over. 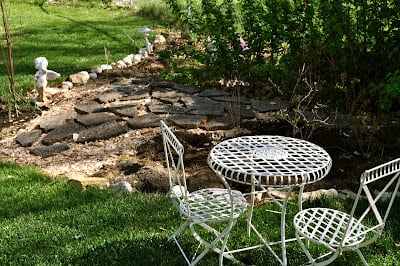 It’s almost there. The plum tree is in, and I added some bags of Moo-nure I bought. I have to be honest, after years of changing diapers, I never thought I would ever be willing to pay for poo, but it really enriches the soil of my organic garden and everything grows in so lush and dense!