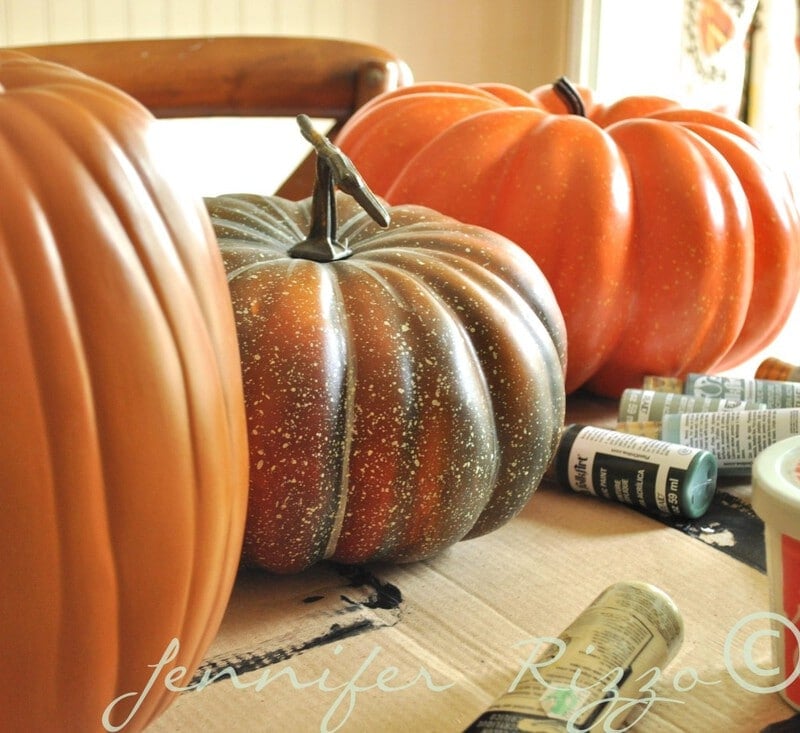 They were the right size and shape but wrong color. I was going to wing it.

I hit the craft paint aisle, found some great pumpkin-y colors, and started painting fake pumpkins to look just a bit more realistic! I love that they come in a rainbow of colors. The blue -grey pumpkin I primed in off-white and then I coated with Folk arts’s Greenscape 2500 and then did a light dry brush of Folk art’s Sea mist. 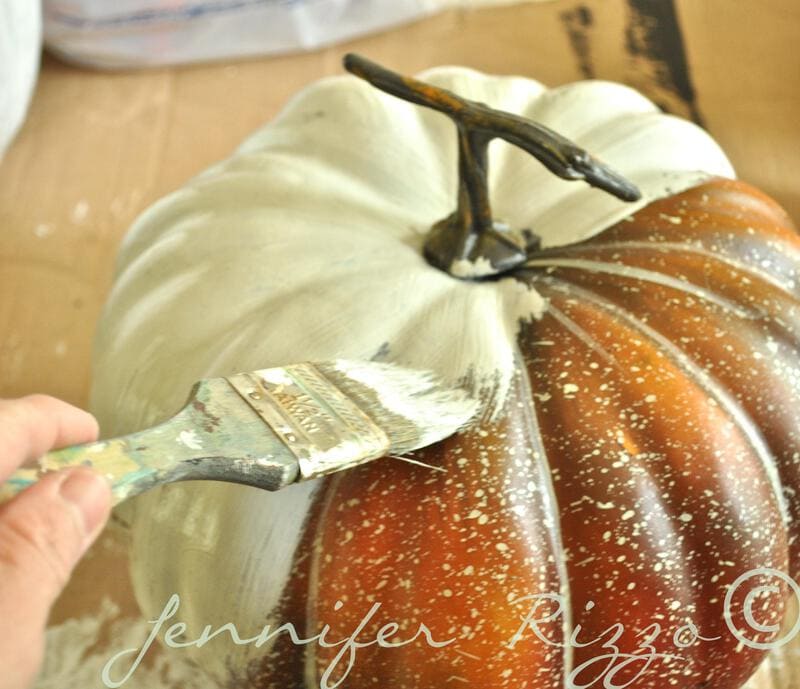 The green pumpkin got several coats of Folk art’s Sap green and then dry brushed with Italian Sage. 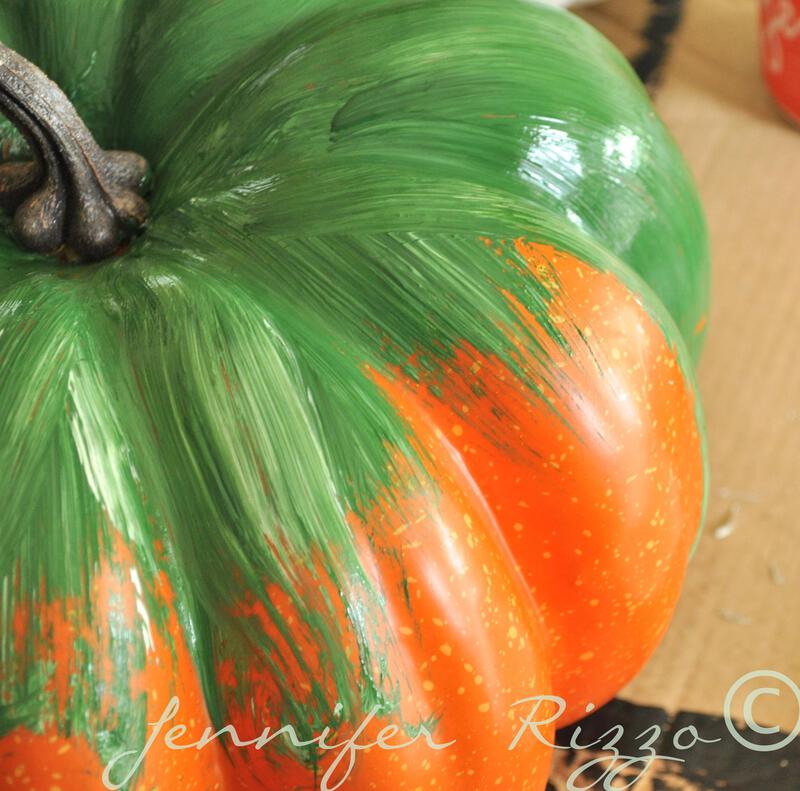 I even mixed  other colors in a bit when they were wet to give it a bit more color variation. 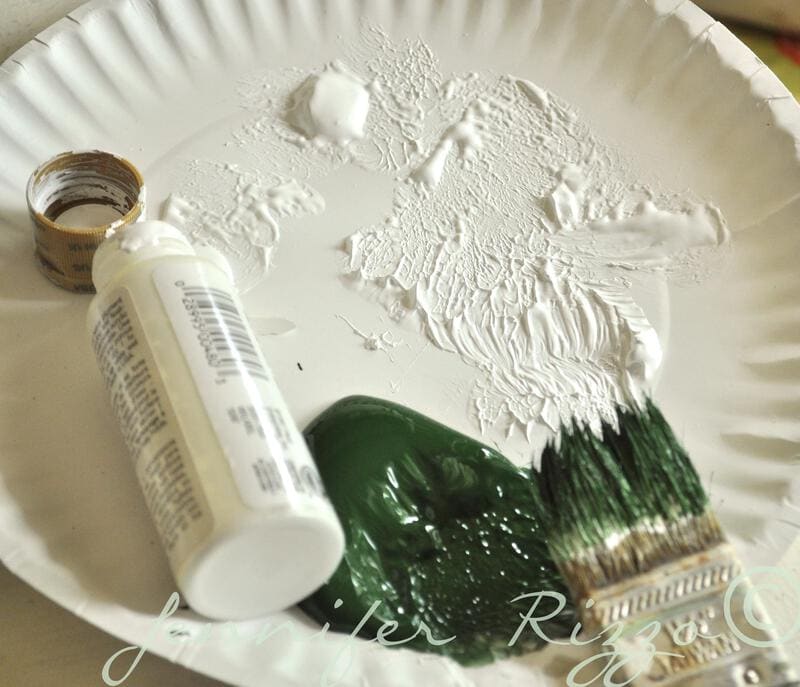 I put them up on containers to dry so the bottoms of my painted pumpkins  wouldn’t stick. Bottle caps work well for this too. 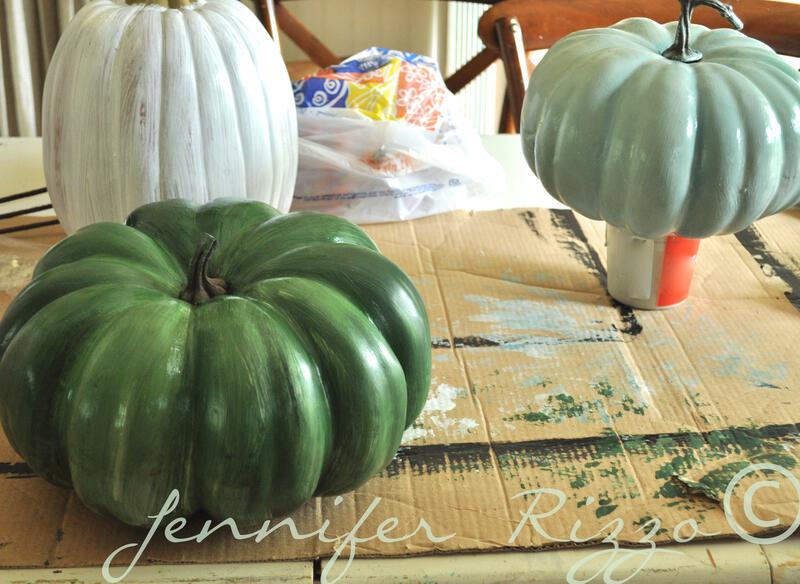 An once they were dried I sprayed them with a polyacrylic in matte to keep the paint from chipping from use. 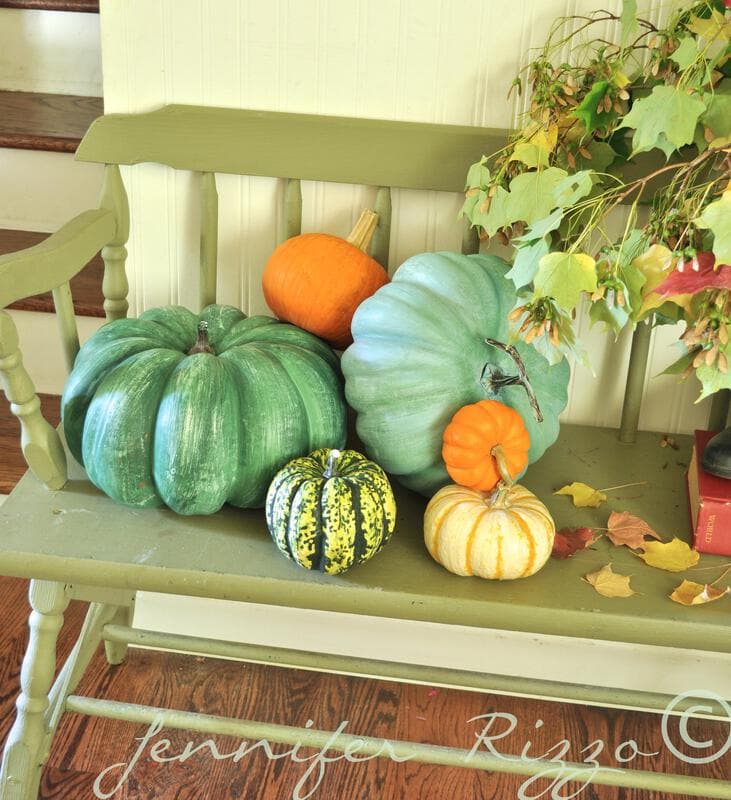 If you mix them in a display with real pumpkins, no one will ever know the difference!!! Just make sure you out the right ones away at the end of fall. I made the mistake once and had a not so fun surprise in the attic one year. 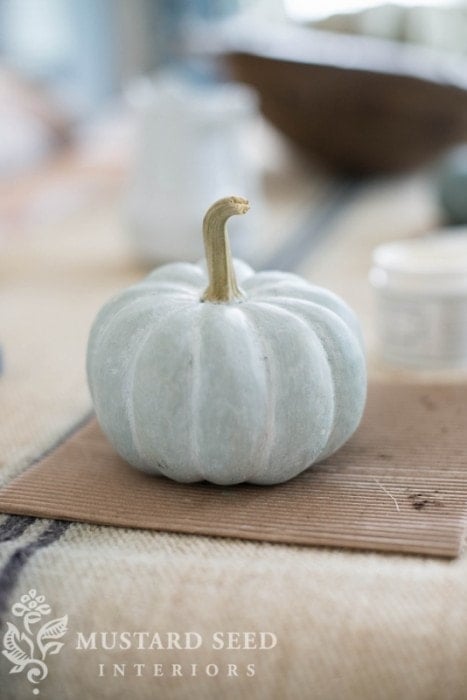 You can also paint them with milk paint for an awesome look here like Miss Mustard Seed did!

Did you know the Creatively Made Home e-course{Home for the Holidays} starts in 15 days?????

Make sure you don’t miss your chance to start the class from  the beginning!!!!