I started working with my client at The House in the Woods a few months ago. When I first saw the House in the Woods, I saw a ton of potential. The owners bought it as a foreclosure. It’s had great bones, but needed a lot of love and updating. When it was first built, it was built as a high  end home in an exclusive wooded neighborhood. Now,  it was definitely showing its age , and it also had few weird quirks  and some challenges we were going to have to work with. One was the massive , oversized fireplace between the kitchen and family room. The second was that the floors were laid diagonally in the front room and family room which made wit super weird visually. The third is that  finding contractors and some construction materials were proving to be a challenge considering it was 2020. For the most part,the entire house ended up being gutted. One of the first rooms that was finished was the downstairs guest bathroom. It was your run of the mill early 2000’s decorating and design, and the vision we had to update it was to create an MCM-influenced modern  black and white downstairs guest bathroom.

Basic construction grade vanity, and builder’s beige walls. We wanted to give it a modern,slightly boho feel.  It’s a small room, so grabbing pics was tight, but it we are really happy with how it ended up. We are still adding finishing touches like art on the wall, but it’s almost there. Our goal was drama and contrast. 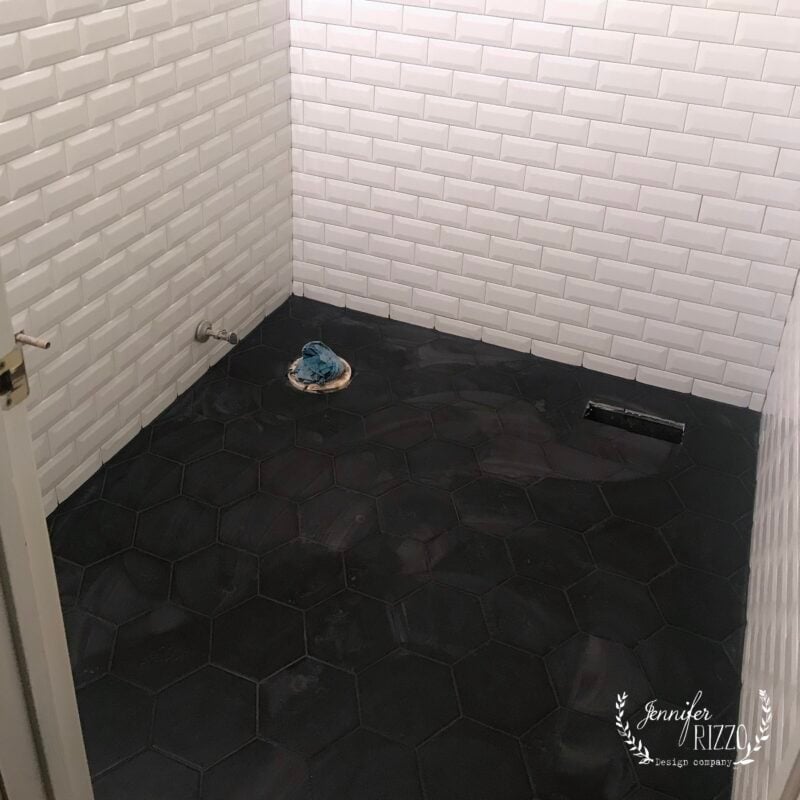 We picked a black hexagon tile for the floor with black grout, and a white beveled subway wall tile for contrast. It’s a nice modern, and classic contrast. 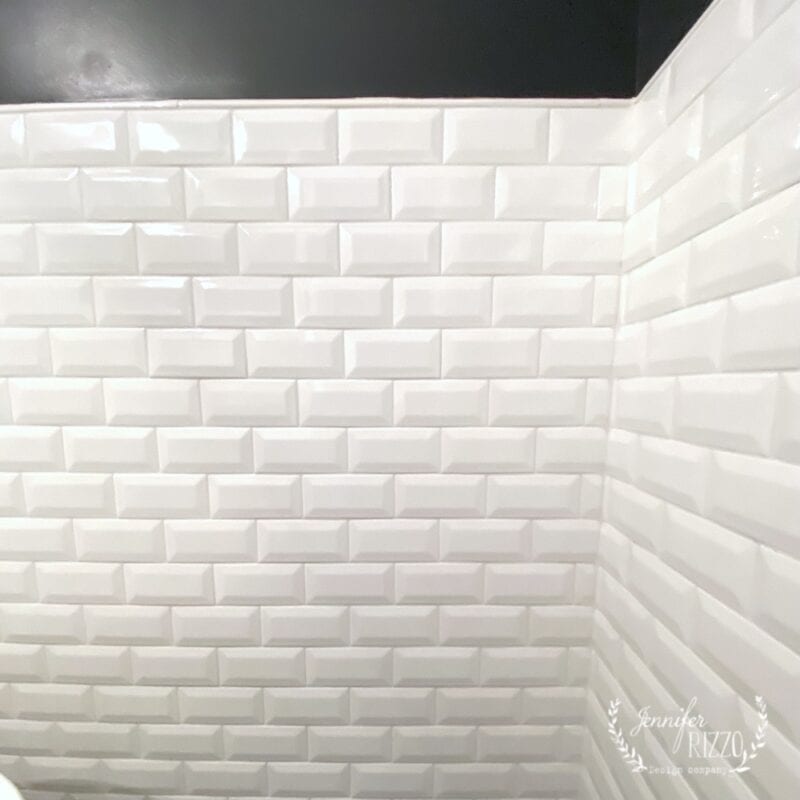 We wanted it to look clean and upscale in our black and white downstairs guest bathroom. 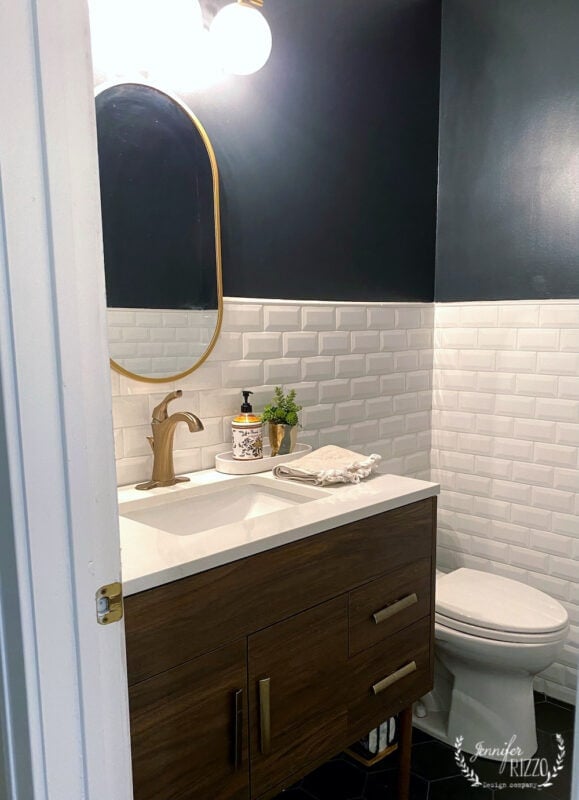 Sine the floor was so dark, we chose a lighter wood vanity with a light top that had a Mid-Century Modern Feel. It took a long time to find one we liked that was in budget. Of course, they lost the first one we ordered during shipping. The box that arrived had a fireplace surround in it… I don’t know how they mixed that up. And then they couldn’t find it, so we waited and waited. Eventually, the homeowner just cancelled it and we ordered something else through another company. 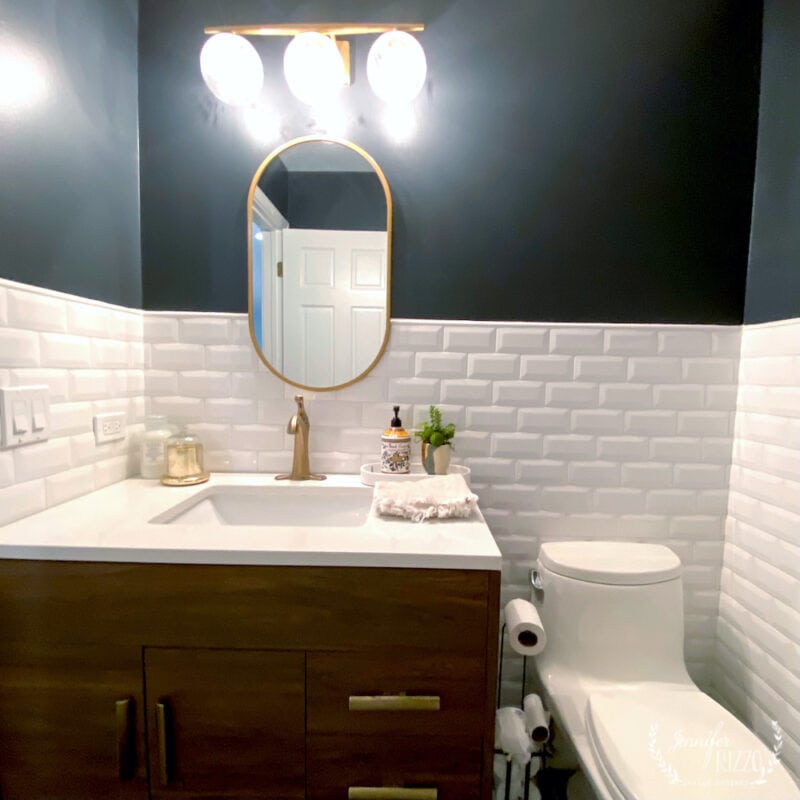 The brass sink faucet adds a nice touch of bling to the room. It really makes me want to change all of our sink faucets out at our home. It coordinates well with the lighting and mirror. Simple and pretty. 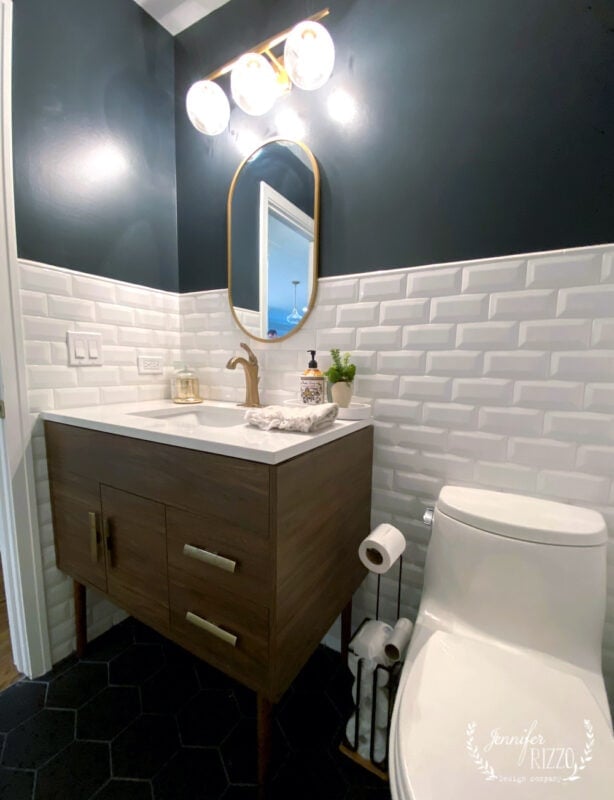 And yes that’s a toilet paper holder. I know a lot of people hide them for pictures, but since we all use them,and it’s reality, I wanted to share with you what they had since we opted not to put one on the wall or the vanity. This house is also full of teenagers, so the TP is right there for them to forget to change. ha ha. All I can say about that is I don’t have an awesome TP holder like this. If you ever come to my house, look before you sit. I have three teenage girls, and no one knows how to change a dang roll of toilet paper. 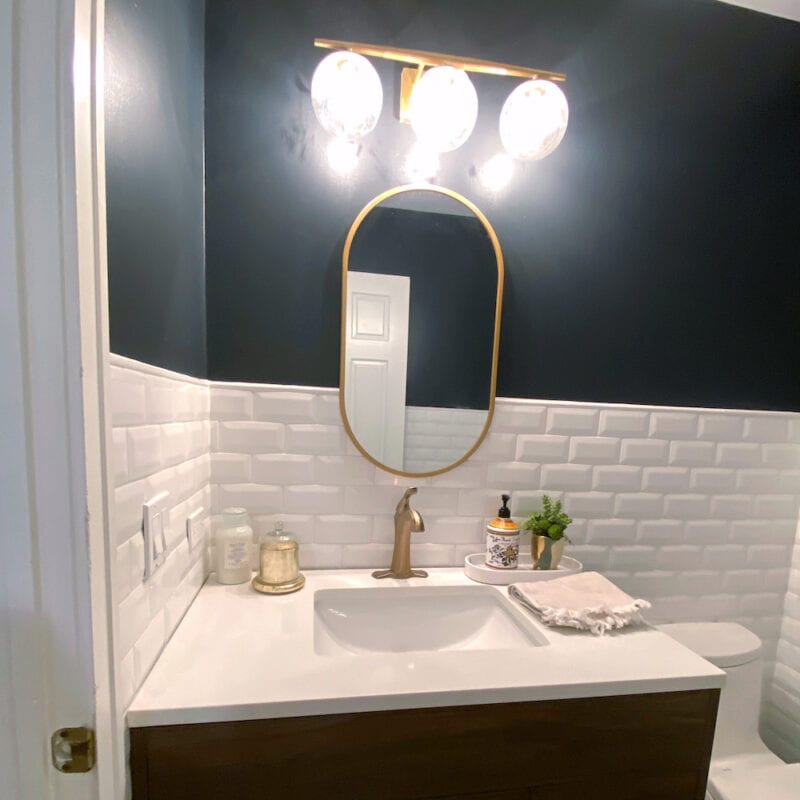 I am excited to share the progress of The House in the Woods with you. It’s been such a fun and challenging project!

If you liked this post, make sure to check out this bathroom renovation, and this one.