I was doing dishes yesterday, and it struck me how yucky it was outside. I thought a bit of plant life and color might be nice, and after making my faux mini-succulent, I thought a succulent windowsill planter would be a way to bring some life to my windowsill, without worrying about killing something.I would do real plants, and you would think it’s right on the windowsill, over the sink, where  I would remember to water. Ha ha.Nope. Another faux succulent window planter was  the best answer to that. 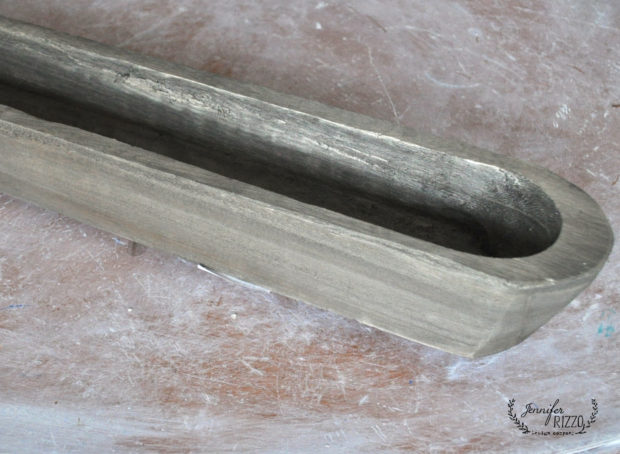 I found this great primitive planter at Michaels when I was there, looking for supplies for something else, of course! My window is about 31 inches wide, so I knew it was going to fit perfectly. It was actually in their coastal decor section, but I liked that it was thin enough to fit on my sill. 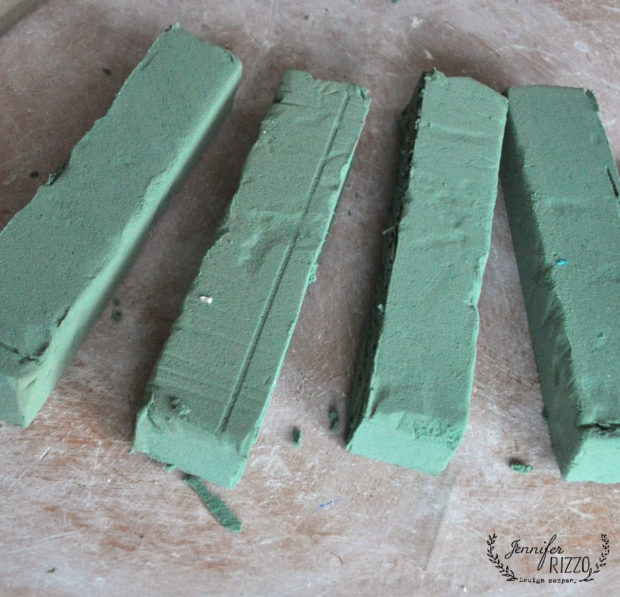 I had used clay on my smaller planter, but for this I used floral foam. It was way cheaper.I actually bought the kind for wet applications instead of dry, because sometimes I think that’s easier to push softer stems into that the hard stuff, and it’s easier to cut too. 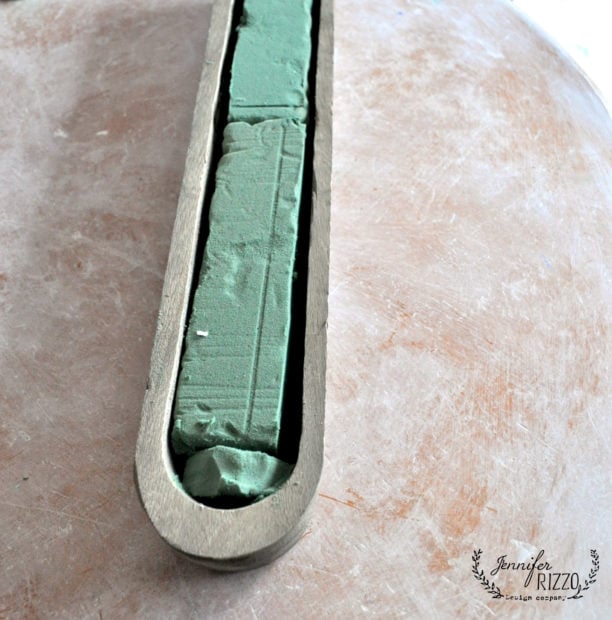 I was able to cut it so it fit perfectly too, except where I had to squeeze an itty-bitty baby piece in the end. 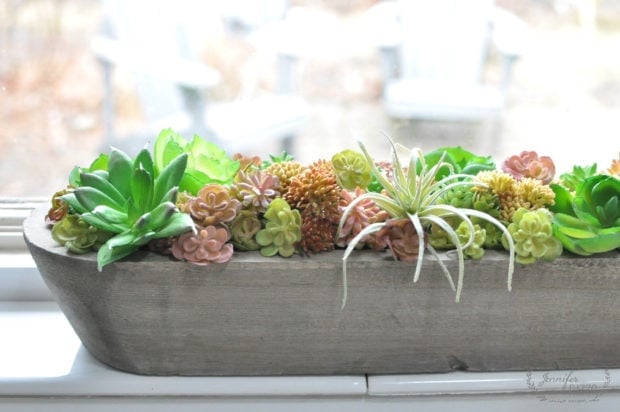 I used the same technique I did for my smaller planter. I put my faux air plants in first and then added around them.

The succulents were on sale so I pulled a part the original one I made and then bought a few others to fill in. 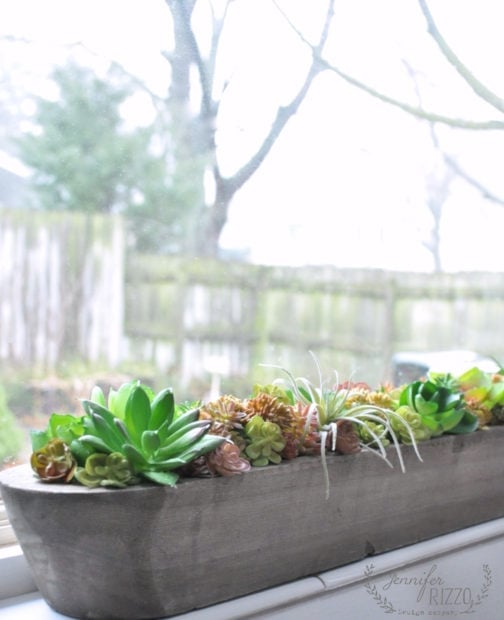 Some of the larger pieces. I used a little craft glue on, so they would stay. 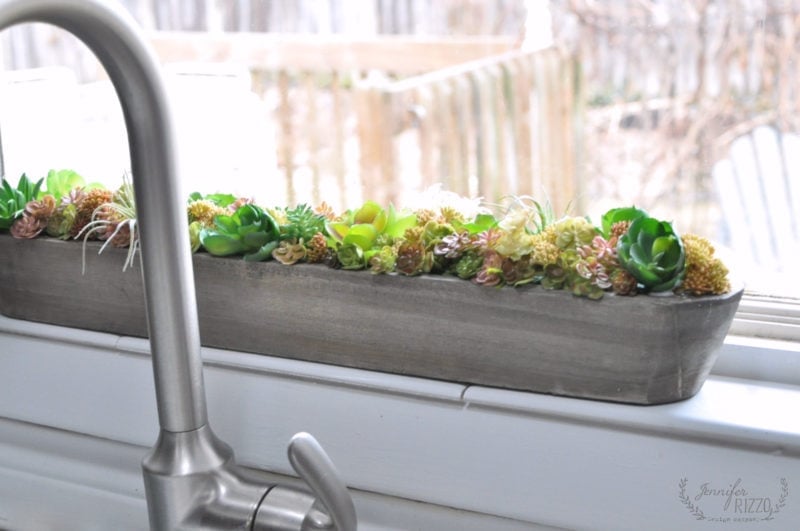 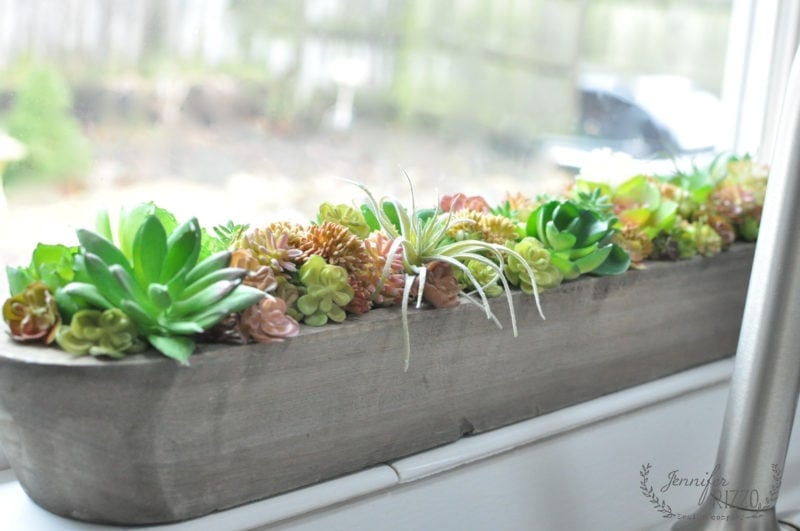 It adds a really nice tough of color to my windowsill, and the colors really show when the sunlight hits it. 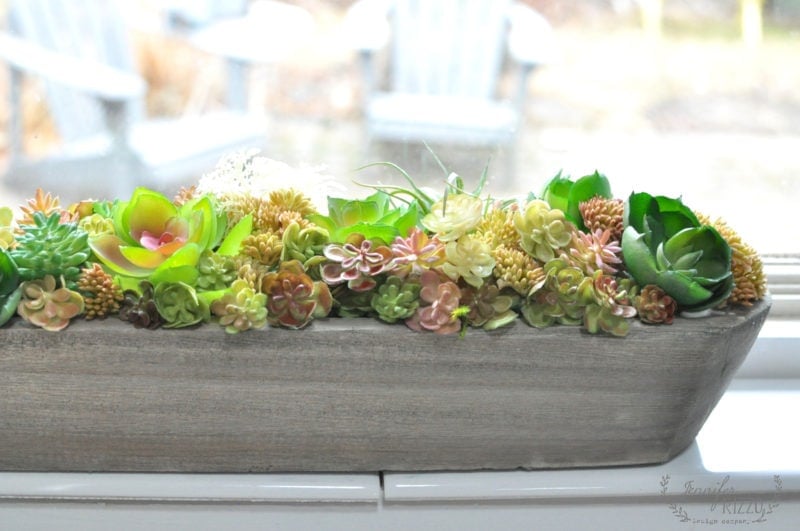 And at least this succulent windowsill planter one that I can’t kill!