Last year, we finally added a pea gravel path around the raspberries  and asparagus. Adding pea gravel paths are so easy. It’s a matter of making an edge of some kind, putting down landscape fabric, pouring the gravel on, and spreading it out so it’s a few inches deep. 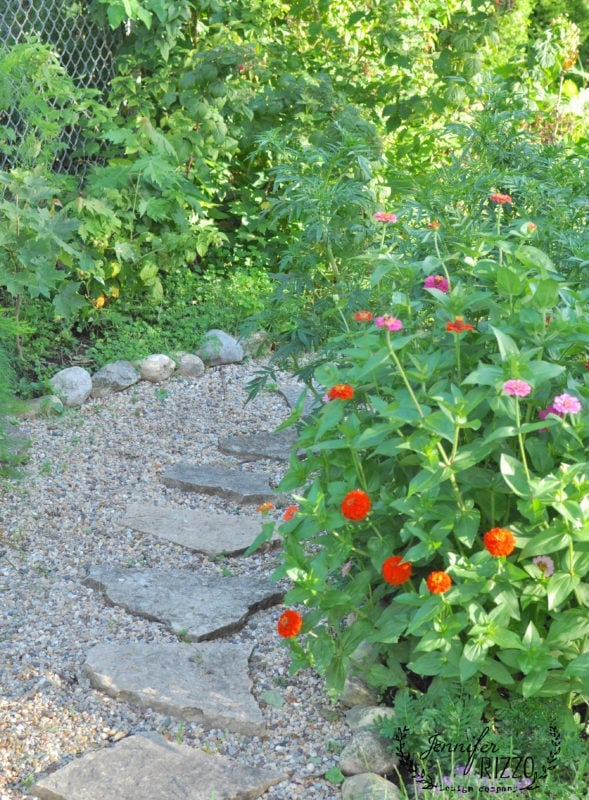 I love how my rubber boots sound crunching on the gravel, and it’s made it a much, much nicer way to pick the raspberries. I love having different paths in my yard,like the lavender lane and the secret garden path. It’s a treat to have different-mini gardens to visit in the same yard. 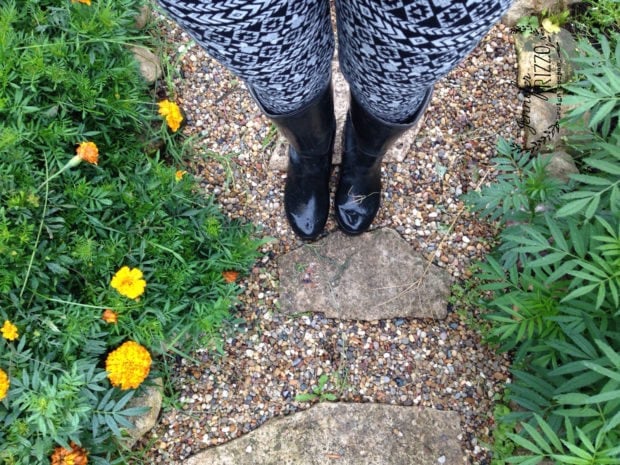 We had started a second path last year and never finished it. Little, for a while was playing “fairy graveyard” in it and set up a teeny bench, metal fencing, and a tiny stone bench. That kid is only slightly creepy sometimes. 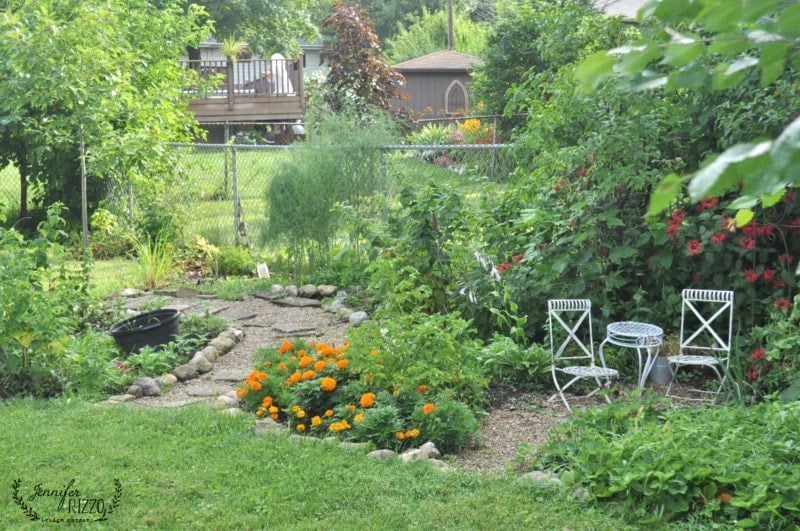 This year, I found my dwarf Serviceberry ( it only gets 15 feet by 4 feet wide), and we connected the two gravel areas together. Also, I planted a European beech,Coral bells, and made a planting oasis among the paths. 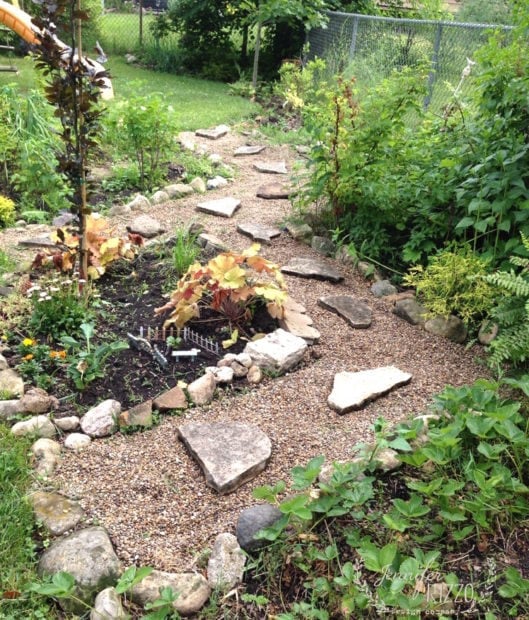 I did move the flagstone to extend along the path, but I am thinking about getting rid of them and leaving it straight pea gravel. As you can see, Little set up a new fairy garden graveyard by the Coral bells. It’s still surrounded by mini-fencing. I don’t know what happens in her magical gardens, but it could be the reason the tooth fairy never comes around any more. Tinkerbell may need to watch her back around here. What happens in the fairy gardens, stays in the fairy gardens. 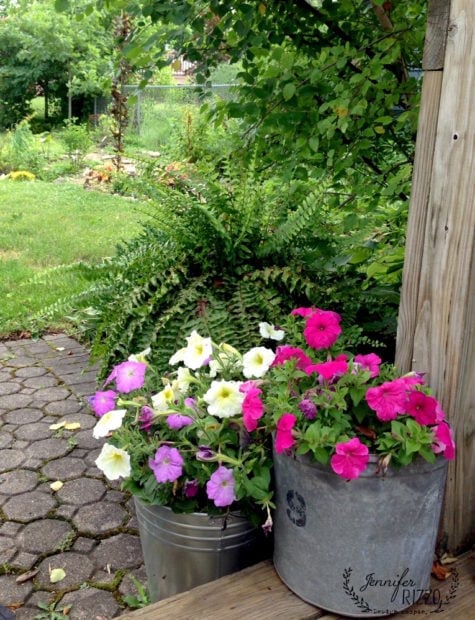 I love having the pea gravel paths in our yard. They make such a pretty view from the deck, graveyard and all. I control the weeds by spraying them with vinegar. That’s it. They shrivel up in the heat, and die. We finally had a few days without rain and we painted the deck this weekend! It’s only been a few years since we last stained and painted it (maybe more than just a few.). While I like the rustic look, it was getting to be  a bit too rustic for our tastes, also the kids kept getting splinters. Plus, we have a huge issue with wood boring bees. They look like giant bumble bees, and eat holes in the wood to nest. They don’t really like treated wood of any kind, so painted or stained wood helps to keep them from leaving giant holes in everything. I am excited to show you how it turned out!