We recently had a storm rush through our area. It hit about 7:30 in the morning, and the winds were so high, everything  outside was violently being tossed around outside.  We were shocked we didn’t lose power, and everything seemed like it made it through ok. When we went outside to check everything out, there was one huge, 15 foot long branch that came down, right next to the play set.

The miraculous thing was that it  also missed the power lines by a hair… and it hit the ground hard! IT must have just skimmed the inside of the fence. It was big enough in woodland terms, that one would have been known as a ‘widowmaker”. It came from the highest part of the 50 foot tree, and it fell into a patch of hosta and made about a 8 inch deep hole in the ground.

The rest of the silver maple was fine, unfortunately, my apple tree didn’t do as well, and we lost a few branches including one spot where it  brought down a big branch and made a huge split. Hopefully it will heal up, and the tree will be ok. 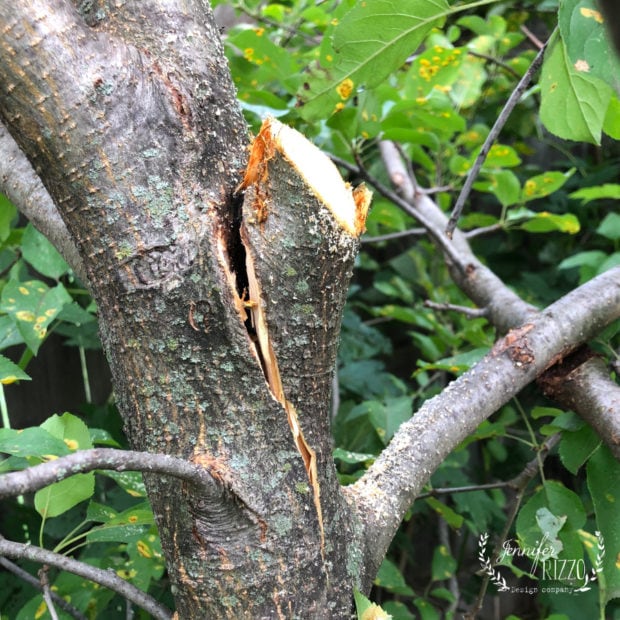 The sad part is, it took out one of the only branches with apples on it. I trimmed the branch and put it in a vase, so at least I can enjoy looking at the apples for a bit. They are edible, they just might still be bitter. Maybe they’ll grow a little with the stem in the water.

So this is the part where my craziness comes in… Nick had shoulder surgery a few months ago, so he is out in the tree trimming department for a while. Originally, I was only going to trim enough branches to clean up by my apple tree and we were going to call someone to chop up the rest. Then, as I started trimming, and sweating, and really getting into it, I started thinking about all of the ways a tree branch, like some many broken things in life, can be a blessing. 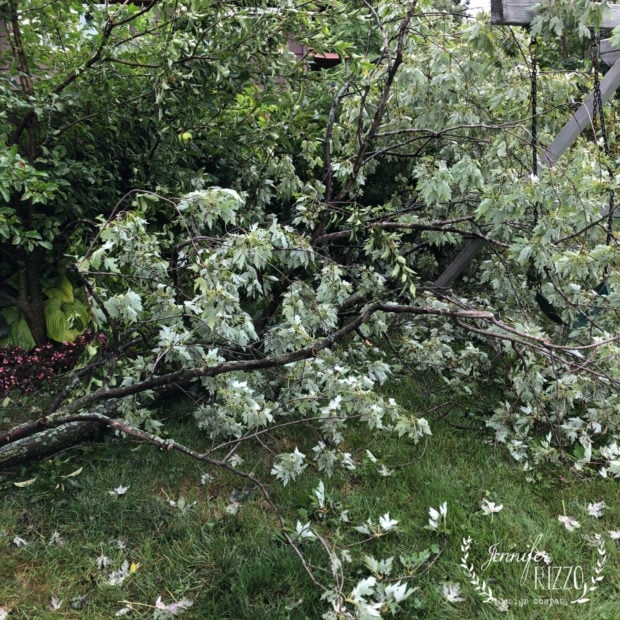 One of the things I reflected on while I was sweating was my cervical neck fusion back in 2015. I couldn’t do anything after my discs herniated, including lift a laundry basket. I was in constant, chronic pain. My life was really dark then, and I was really depressed even after the surgery for months, because the healing was so slow for me. I didn’t have the instant relief a lot of people get after that kind of surgery. I had had a book offer to do a second book at that time, and I turned it down because I was so depressed and  still in so much pain. It was a really hard time. 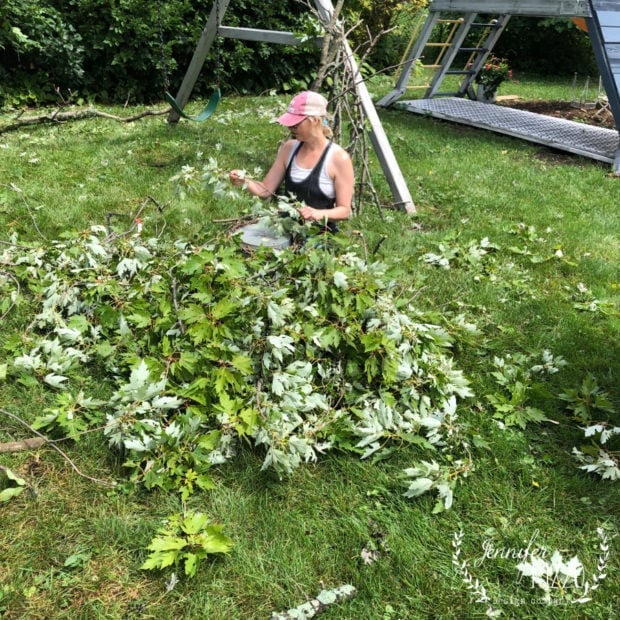 Fast forward this many years… the fact that my body has healed well enough that I can do this kind of work makes me feel so grateful, but makes me aware that some day my body might not let me do it anymore again, so I want to soak up every moment while I am capable. Before I knew it, it was an hour later, I was getting a great workout, and I had arranged the cut branches into different piles by size. I decided I was going to take  the fallen tree branch, and challenge myself to see how many crafts or home decor projects I could some up with, and share them with you here. 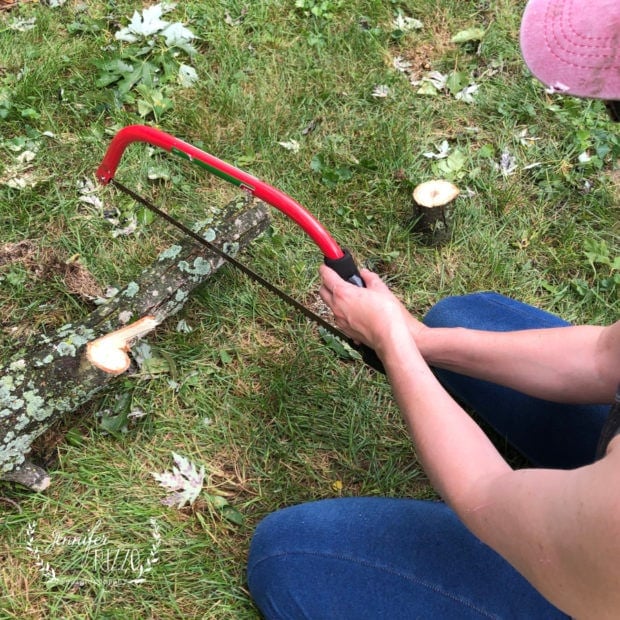 I’m going to say the first one is using apple branches with apples in a vase.

I know that one is a no-brainer, and pretty lame, so I promise the other ones I share in the next week are so much better!

If you liked this post, check out these birch vases, and how to make inexpensive botanical art prints. 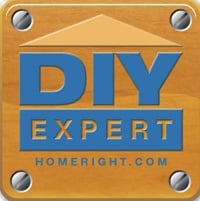