Skip to content
It’s only taken me 5 years, but I finally had the living room repainted from an awful lemon yellow to something much tamer; I will tell you though, it’s almost too light for me, but I am learning to love it. It’s called Canvas by Benjamin Moore. After it was painted I realized I wanted a large mirror on the wall but could not afford the huge price tag. That’s when I decided to build a dramatic mirror from the dollar store. 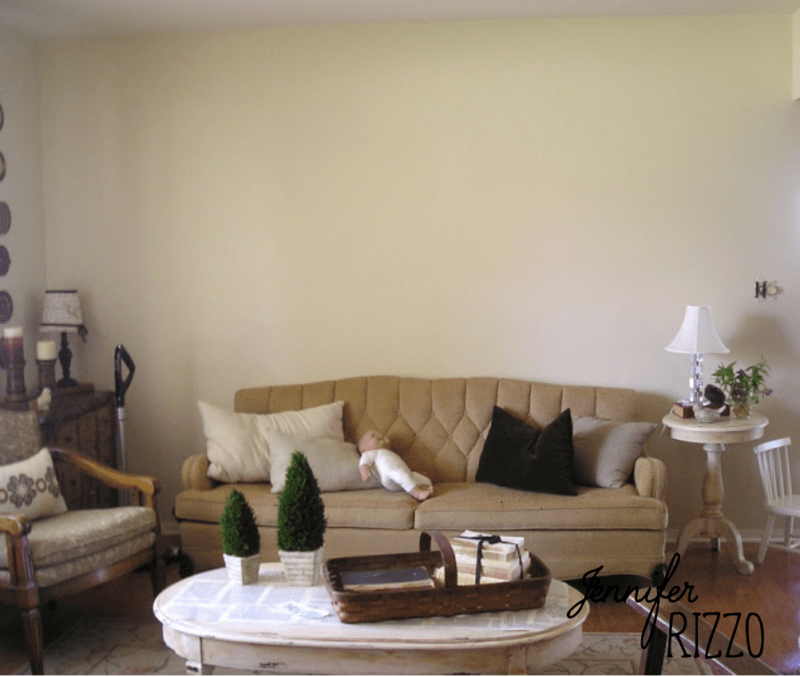 I wanted a HUGE mirror on the wall like Restoration Hardware or Pottery Barn, but didn’t really have the extra $500 sitting around..
but I did have $20 for the Dollar store.  So I bought 20 $1 mirrors.
And decided to build a dramatic mirror from the Dollar store. 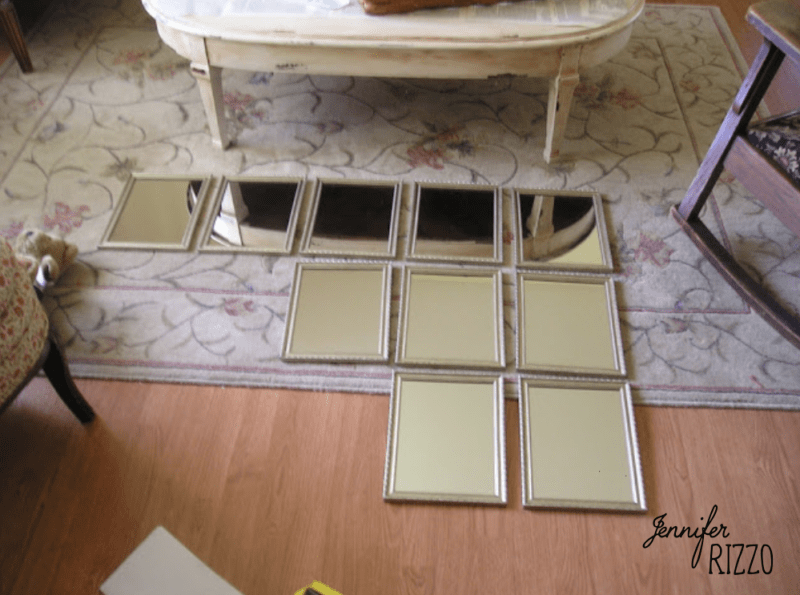 I laid them out in the pattern and spacing I wanted and them measured how that would fit on my wall. I decided on 1.5 spacing between each mirror. 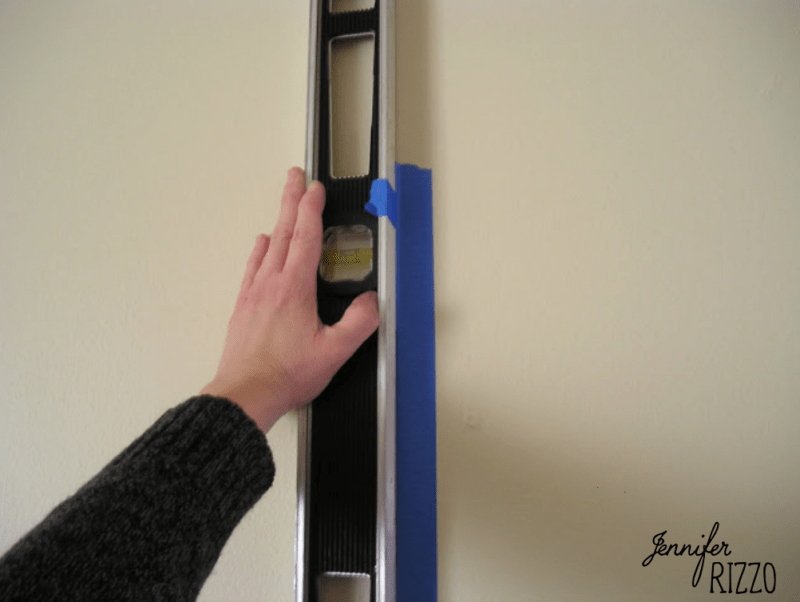 I marked out a level tape line on my wall and basically taped out a big box to fit the mirrors in. 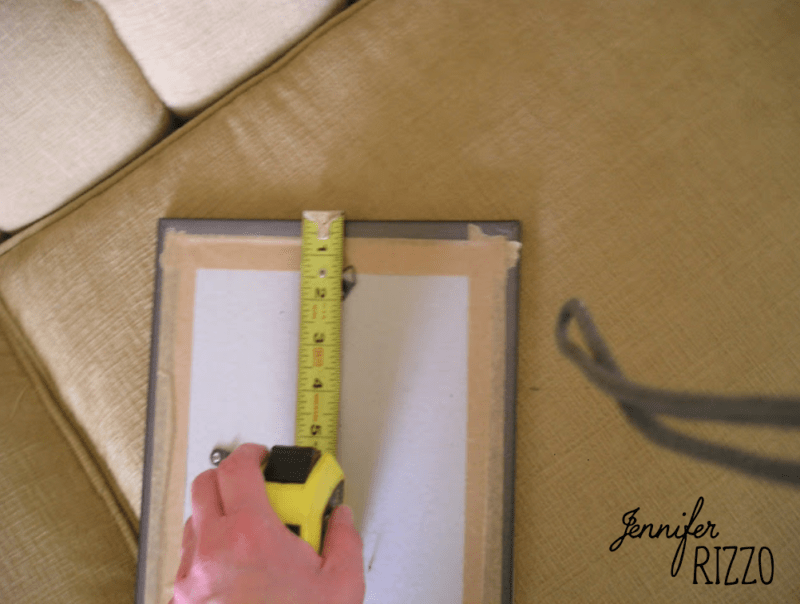 I measured where my hanger was from the back of the first mirror so I knew where to put my nail in the wall. 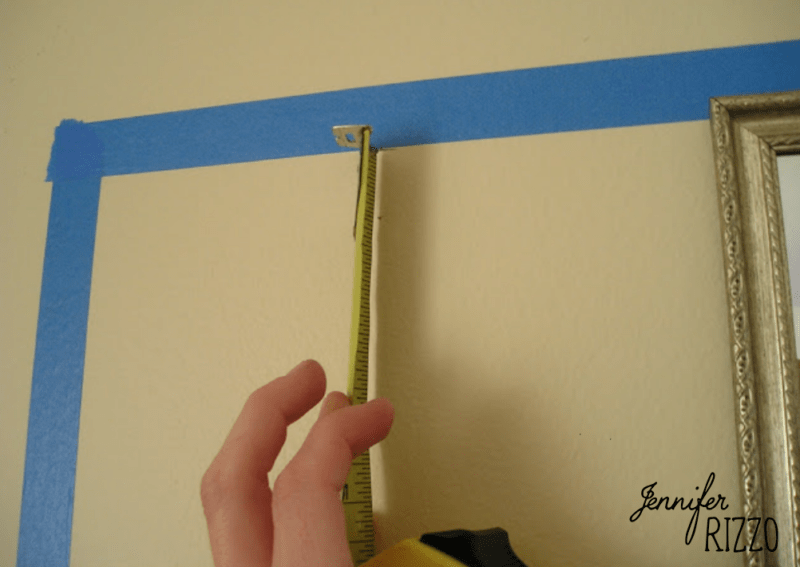 I marked it on the wall and hung my mirror. I did each mirror he same way until I filled the entire wall. 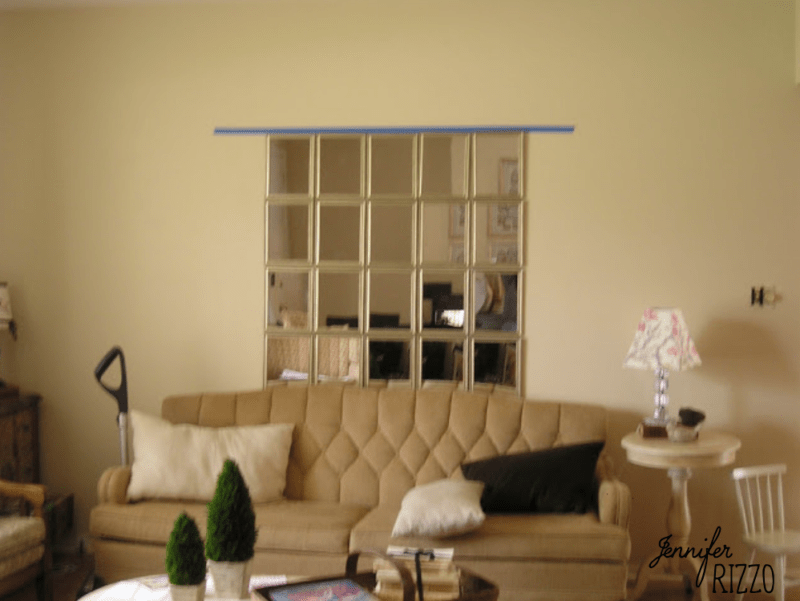 You can see it against my tape line still on the ceiling. It helped me keep it level. 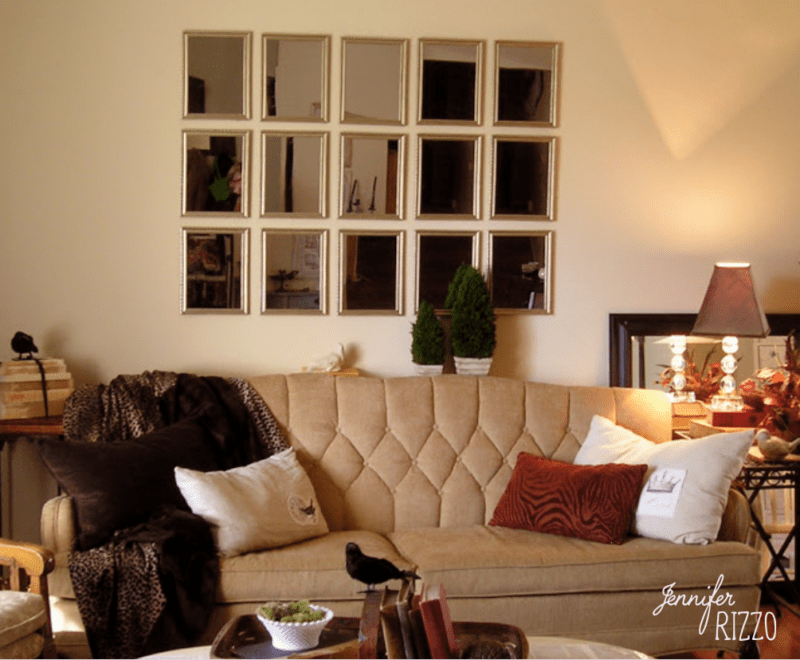 I ended up removing the bottom row, I didn’t like it going behind the couch as much.
Who said I can’t have a big mirror for $15?? I saved so much durn money making a dramatic mirror from the dollar store , that I bought me, myself and I some new drapes from Anthroplogie.
After all, they were on-sale!
Jen
p.s. drape pics coming soon!
p.p.s.. I don’t know if the red pillow really goes, but I loooove that pillow. Crazy huh?
If you liked this post, you might also like:
DIY faux driftwood deer antlers 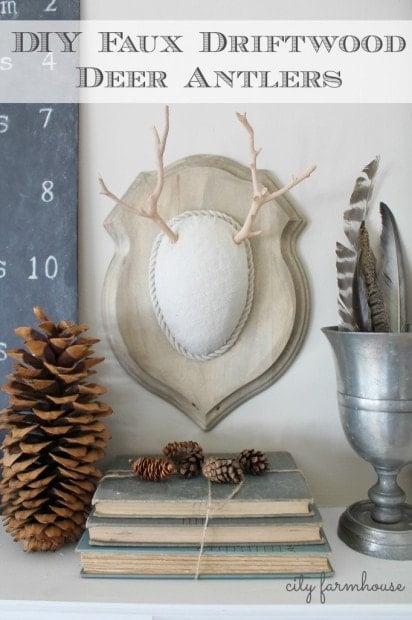