You are going to learn two things about this post. One, I can procrastinate with the best of them, and two, our refrigerator probably almost qualifies for antique status. However, This post gave me an opportunity to find an easy way to paint small areas without making a huge mess and share it with you.

. I was looking for places that I could use it, and I realized that there was a spot in my kitchen I had been putting off painting for almost a year. Yes, a year. 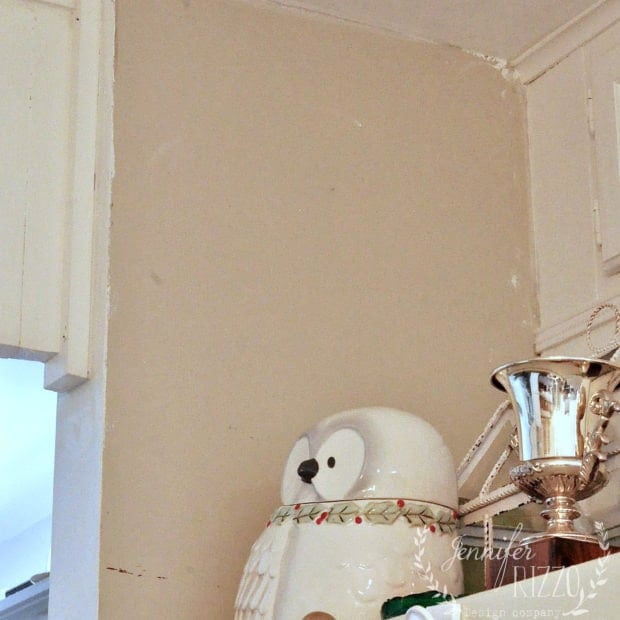 When we repainted our cabinets and did a mini-kitchen makeover, LAST FEBRUARY, I re-painted the walls. I did of the walls except for a really small area over the fridge, which I totally forgot about. I had put everything away, brushes washed, and then I looked up, I almost cried. I struggled with just pulling everything out again to paint it, but tiredness and laziness totally won out, and  I let it go, thinking I would tackle it in the next week (even though it really looked bad.).

So you know how there’s one little detail on something you miss, and then whenever you see it , it makes you mad, but not mad enough to do anything about it, because you really don’t feel like it? Let’s just say every time I noticed it for THE NEXT YEAR, I cringed, but was still too lazy to do anything about it. The HomeRight QuickPainter was a great way for me to stop being lazy and finally do it! 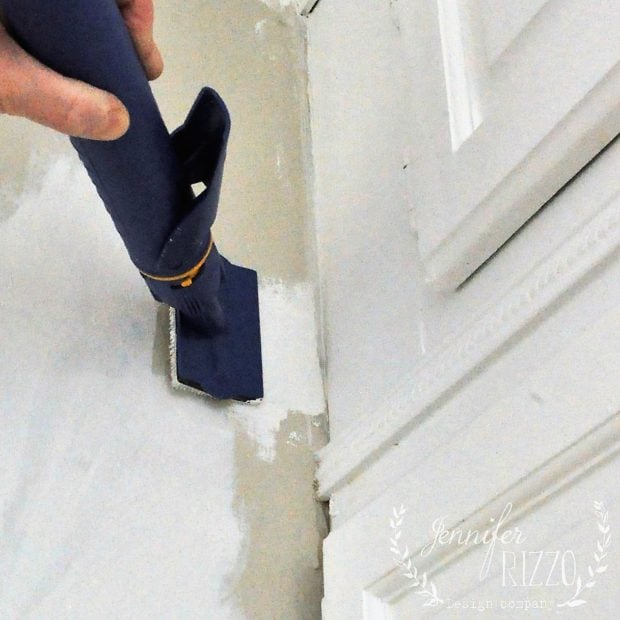 I also learned it’s really hard to take a picture on top of the refrigerator in bad lighting, but I wanted to show you how the QuickPainter worked as an easy way to paint small areas. 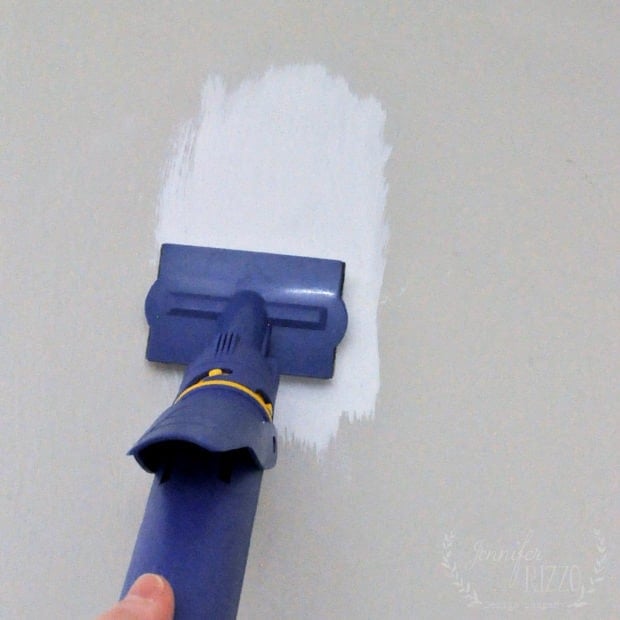 What I liked about the QuickPainter is all of the paint goes right in the painter, and squeezes out through the pad. Since I wasn’t all about taping and drop-cloths, that worked out pretty well for me. I didn’t have any paint drips or splotches. 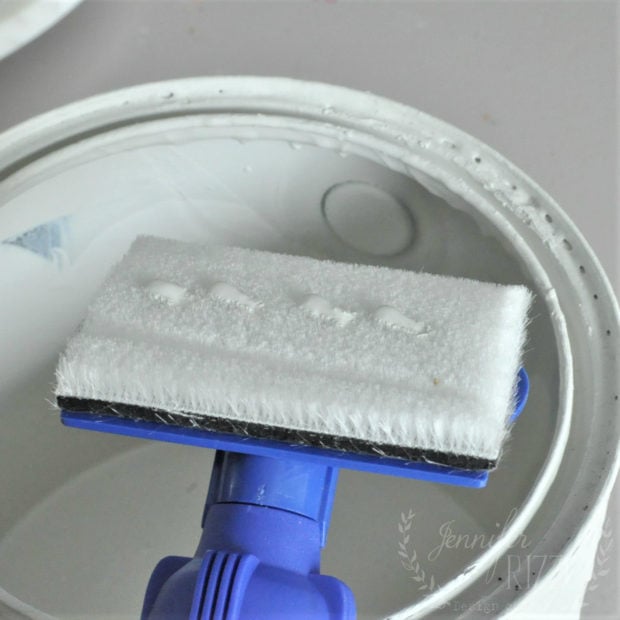 I like how it squeezes out right onto the pad. Clean up wasn’t any different than having to wash out a brush either. 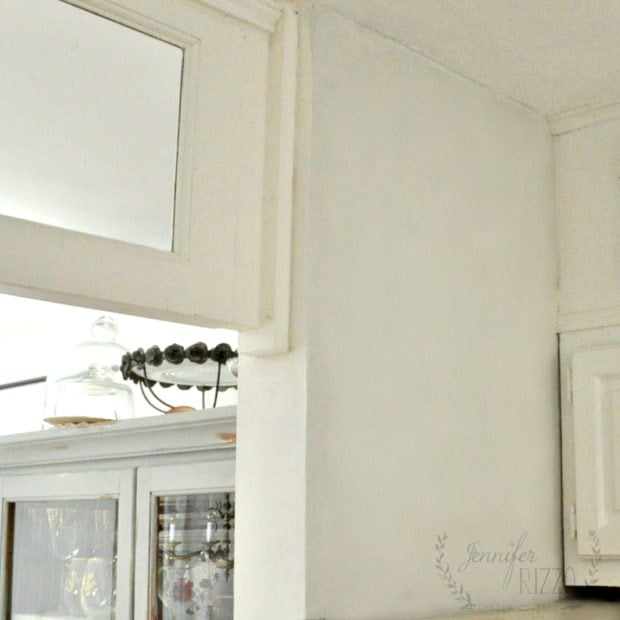 I have to admit, it was so nice to have it finally done! 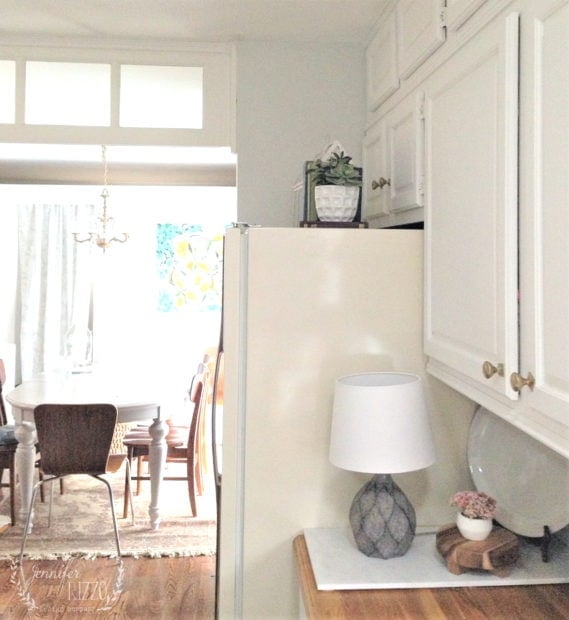 It looks so much better!

I know a lot of bloggers (and most normal people) have fancy fridges, and it’s not that I’m not a little jelly, but we still have the same refrigerator that came with our house over 18 year ago, which is why I don’t really share it in pictures too often. It’s pretty much a dinosaur. It was here when the people before us bought it, so it’s at least 25 + years old. She does still run like a champ though! 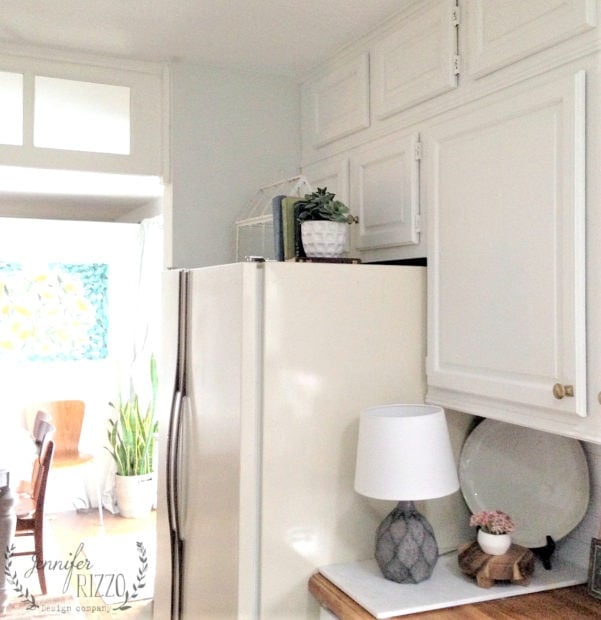 We’ve talked and talked about upgrading, but one, like I said, she still runs, and two, with the cabinet configuration, we’d have to either get the same size to put it in the same place,or we’d have to figure out something else. Since our kitchen is only 11 x 12, it limits where we can put something larger. I know it’s not a very sexy fridge, and I’ve even toyed with painting it. One of these days, its either going to totally die, and then we’ll be forced to make a decision, or, I’ll finally get sick of the broken drawer inside, and we’ll bite the bullet. Now, you know our deep, dark, kitchen secret, and how to easily paint a small area!

This post was sponsored by HomeRight, opinions are my own.