I had popped into the dollar store the other day, and saw they had solar lights, for of course, a dollar each. I had an idea for some gardens solar light along my lavender path.That’s the thing about the dollar store though. They should call it the $20 dollar store, because that’s what it really costs by the time you get out of there, and you leave with all the extra junk you bought. Like this giant mirror I made out of smaller dollar store mirrors. 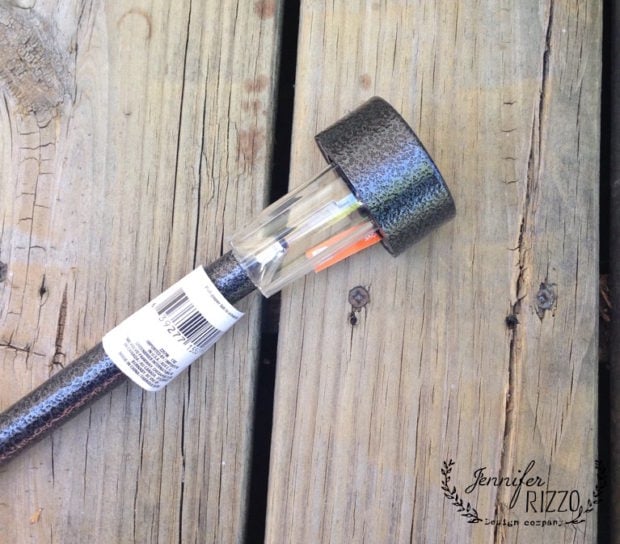 What I liked about the Dollar store lights, is they have a really skinny profile. It seemed like a perfect fit to use they with some jars I had on hand for night time use. On their own, they aren’t very pretty.

I thought this would be pretty for a  party for a few hours at night, but  wouldn’t leave them on all of the time or in daytime/sunlight. 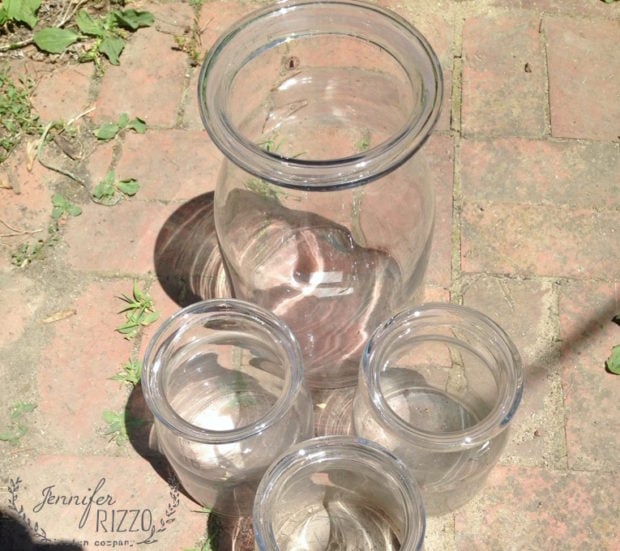 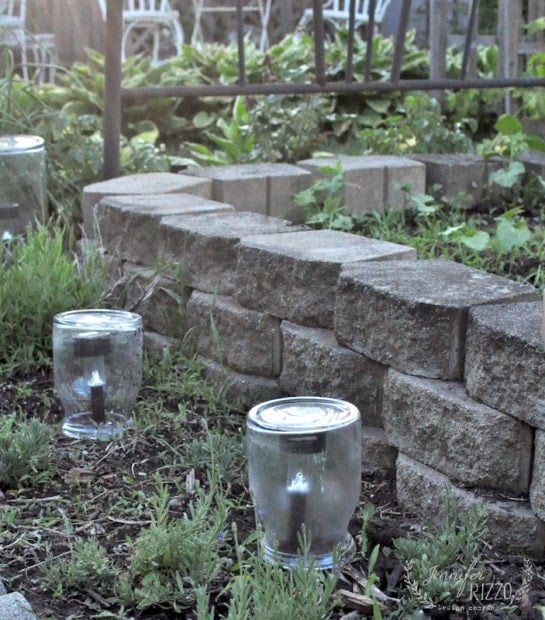 I put them in the ground, and put the jars on top near dusk. I did notice there was a little condensation inside when the jars were on a for a bit, but it seemed to disappear over time. If they were on for  a few hours, it would be fine. I think you would have condensation build up if the ground were wet, and it would eventually ruin the lights. Plus, it could get broken, or the glass can magnify sunlight, so it could end up toasting plants around the jars, or even start a possible fire in a dry area. So, a few hours at night is the best option. 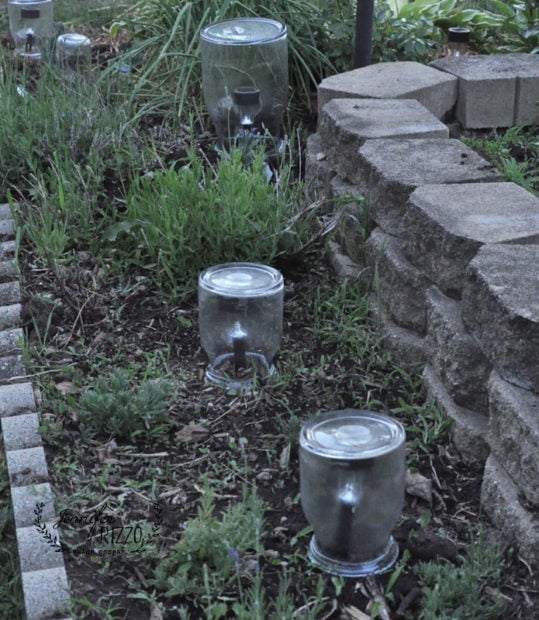 Then, it was a waiting game to see how they looked when it started to get dark. I knew they should, but I didn’t know if it would be one of those weird things or not. 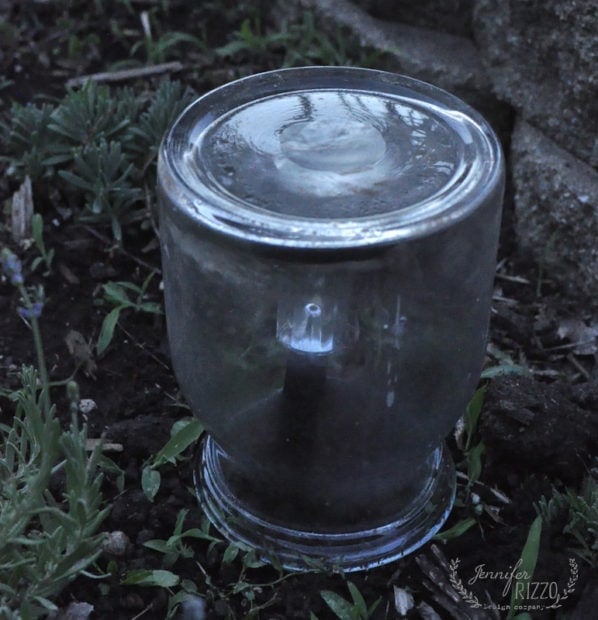 Dusk slowly came on, and then it as finally dark enough to see how it looked at night! 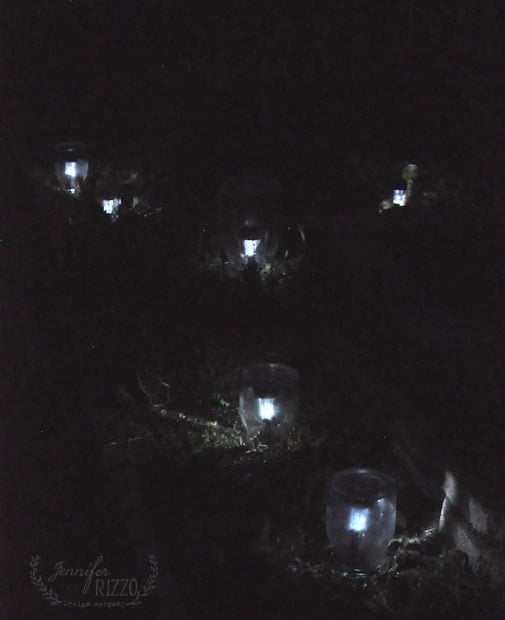 It didn’t look too bad! It fancied up  the solar lights a little. I might try something else over the top that’s plastic, so I didn’t have to worry about glass in the garden or breakage, because you know….Kids. If my kids can break it, they are all over it.