Skip to content
I  really wanted to add to my Lavender and Rosemary plantings this summer without added cost, so I used my Auntie’s age old method for her roses of using jars like mini-greenhouses. I know you can also layer the plants, but I haven’t had much luck with that technique before. I decided to grow Lavender and Rosemary by layering which is an old growing technique to force roots and create new plants. 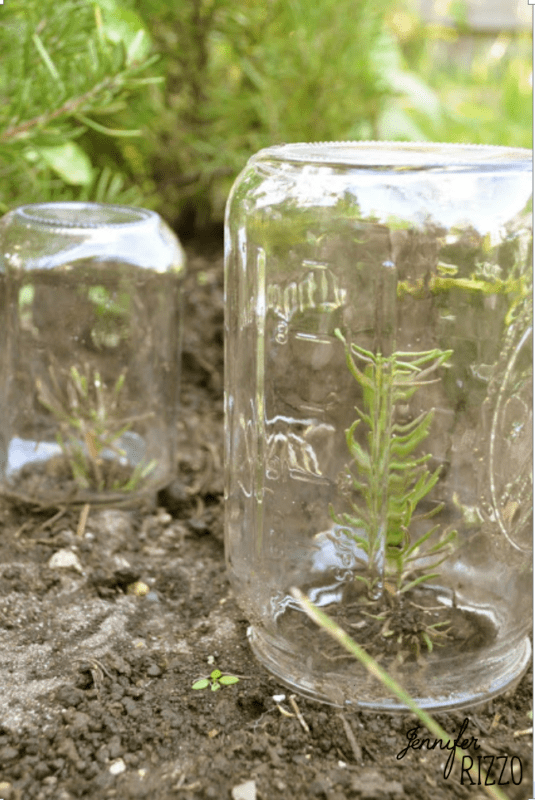 It’s easy to do! After stripping the branch of leaves except for at the very top and exposing some of the white stem part underneath by scraping back the thin bark, I put the bare, scraped bark in the loose soil, and keeping the ground damp place  the jars over the top. I’ve learned a lot about using cloches including how to keep Rosemary alive all winter in the Midwest, where it’s considered a tender perennial. 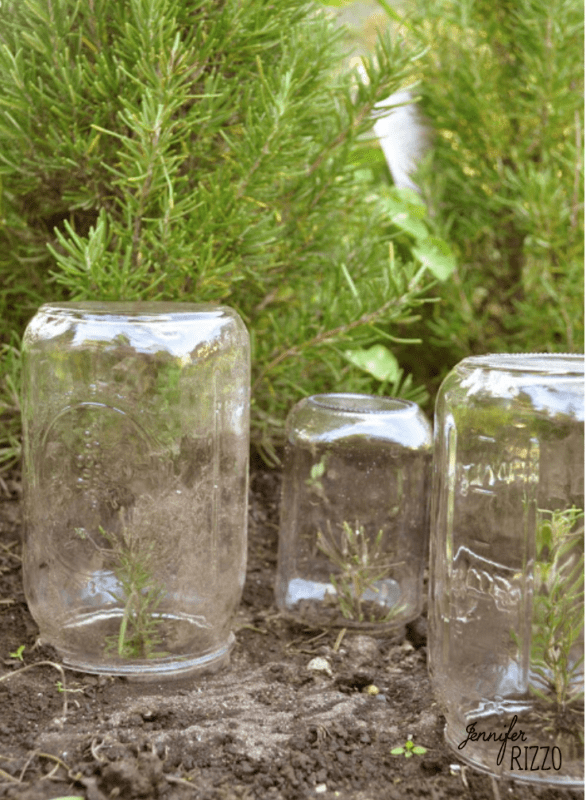 I had hear you can use rooting hormone, but I didn’t use it, I wanted to see what would happen with out it. I had read somewhere that you can root both Rosemary and Lavender plants in water such as coleus, so I thought, why not, what have I got to lose by trying layering?
It took about 3 weeks, but then I had roots!
Once they are established I keep them moist. Anytime I have carefully removed them to check for roots, I’ve put them back in in saturated soil and replaced the jar.  It was so easy and cheap. I’ve started saving them from everything like salsa and pickles. 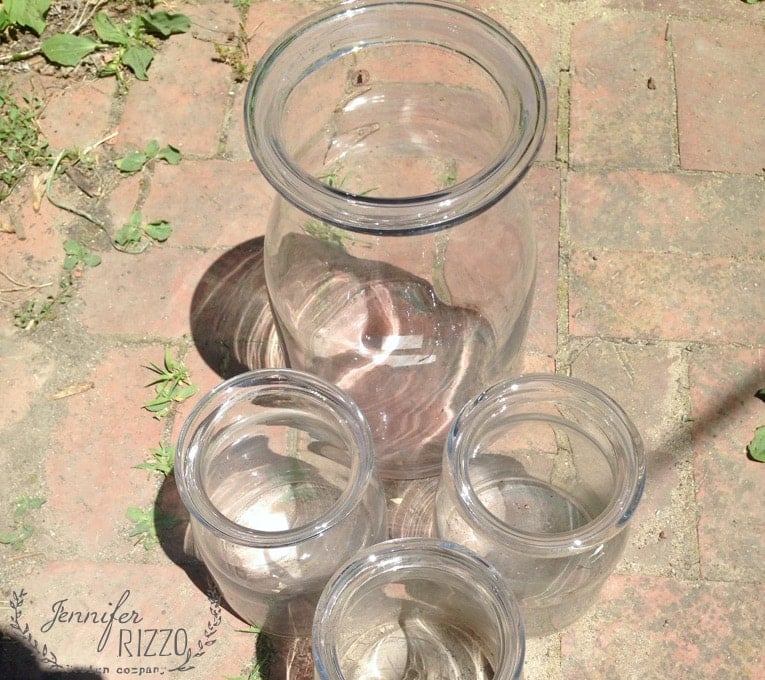 Now since I am in zone 5a, My lavender does great year after year, but unless I dig up my rosemary and replant after winter, it just bites the dust every year. If you’re in a warmer climate such as zone 7 an over you should have no problem.
Though my garden does looks like it is growing glass jars. 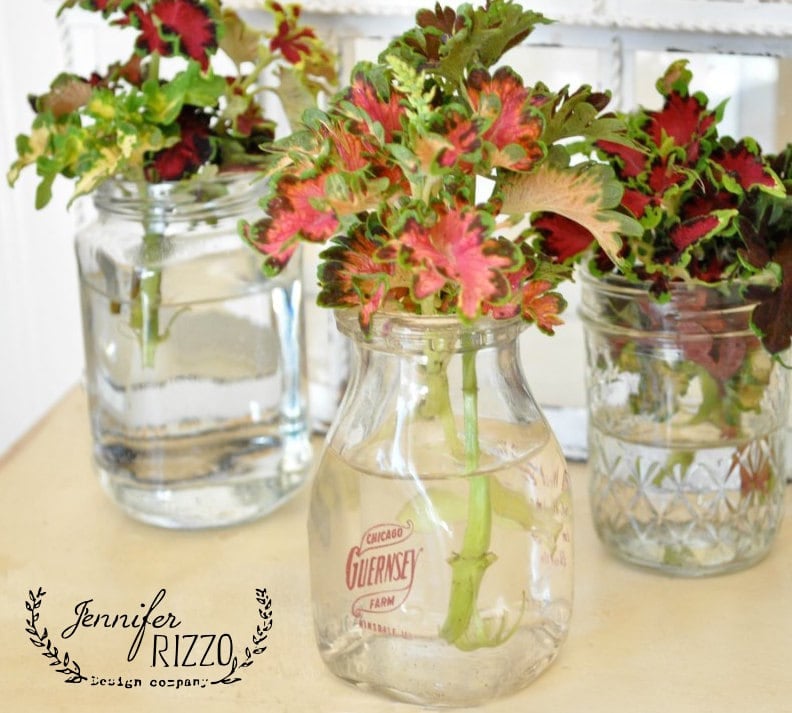 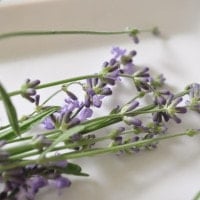 How to grow potatoes 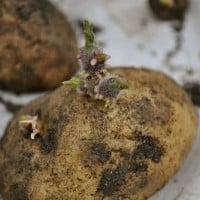 How to grow asparagus