Our brick patio was one that we put in for one reason, and realized it served an entirely other purpose. When we moved in a bazillion years ago (okay 17), our little side yard didn’t have a ton of use. It was grassy,and a bit muddy, and because we liked to party before the kids came stole our party spirit,we first had just put a fence in ( so we had privacy from prying eyes while we hung out in our hot tub and drank.), and then a brick patio to hold said hot tub. It’s amazing how it made it look so different, and so much better!

Here’s a peek at the before, just after we moved in. 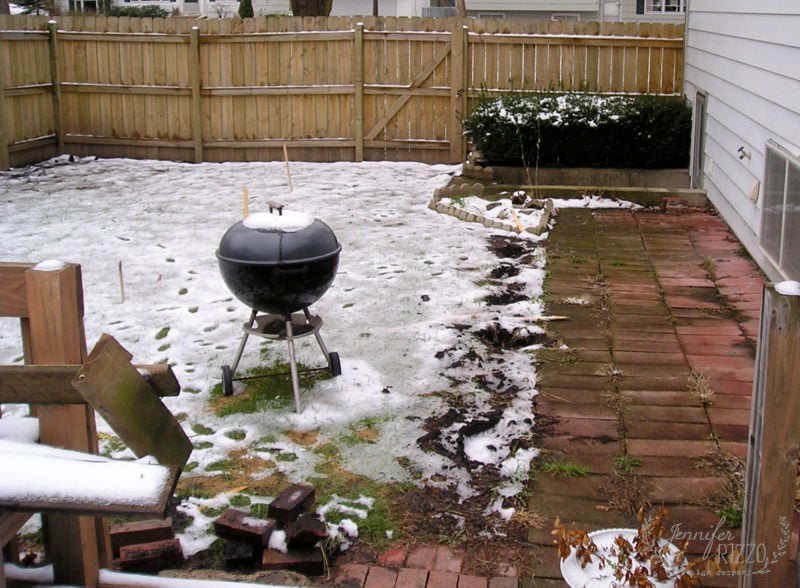 We also put a railing in by the far back steps. Not because I was afraid our future children would fall in the pit, but because I was worried a drinking guest would. We used to be so much fun. Now, If I don’t have my jammies on by 9 pm I get mad.

After the kids came along, we stopped using the hot tub, and because we stopping using it, it became an electricity and water sucker.I tried to find pictures of it, but we had none. So obviously, I didn’t think it was that attractive either. We had it for about 12 years. Unfortunately, the last 5 we hardly used it. One day we realized, we had a really amazing patio we put in that was being taken up by a 10 x 10 item we never used. And you know what? Once it was gone we’ve never missed it. There might have been one or two times after a hard day of labor, we might have said we wished he still had it, but the other 99.5% of the times we are glad we have the patio space to use instead. 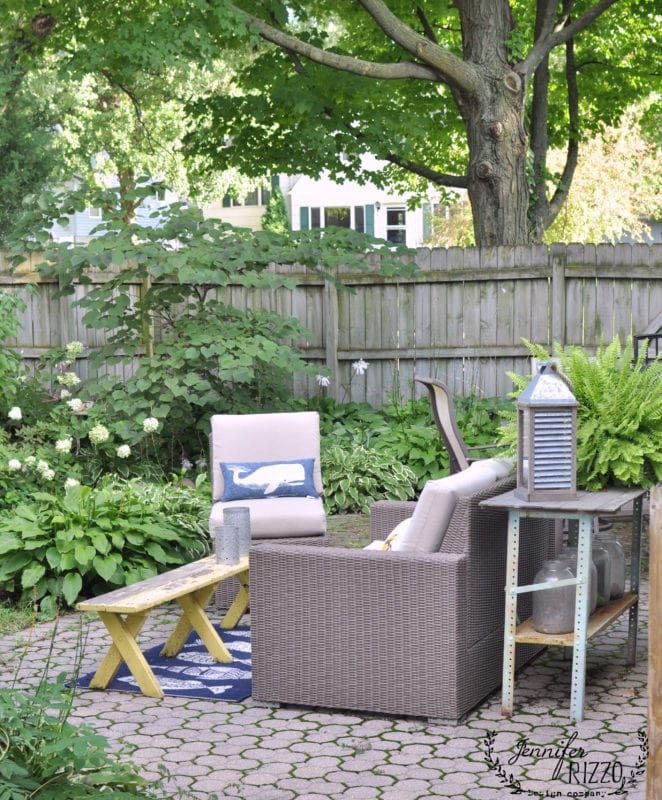 Now, we use it all of the time. Isn’t it crazy how the landscaping has grown ? 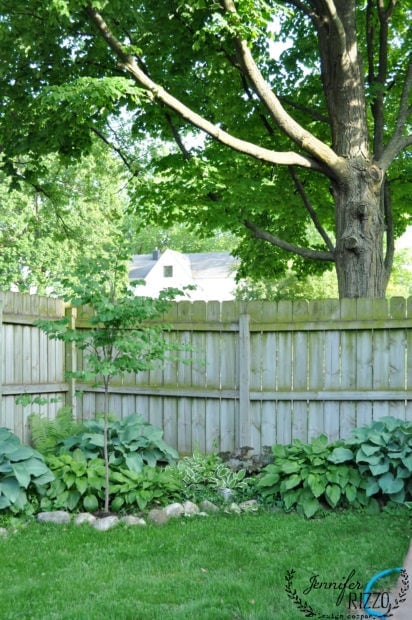 That was our Forest Pansy Redbud in 2012. Since then we’ve added a lot more landscaping and everything has really grown up to make it a brick patio space we use all of the time. 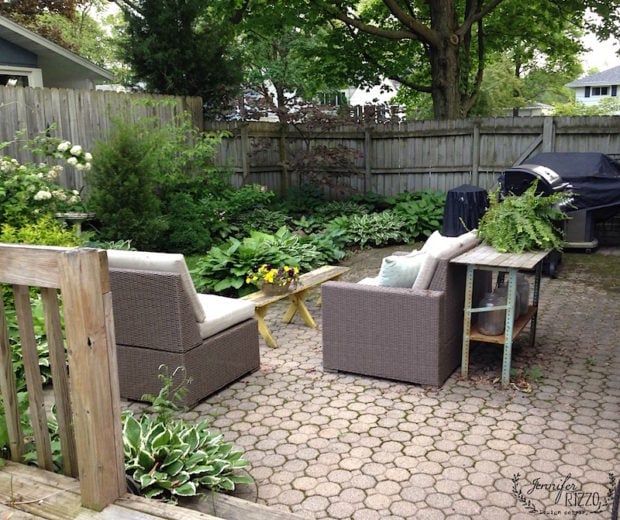 I love going out there to  read before the heat of the day sets in in the summer. I adore the moss between the brick patio pavers, and how green and lush the landscaping gotten over time.Most of the Hostas are just divisions, and haven’t really cost us much money-wise. Free plants are always good,especially ones you can propagate and divide!

I’m going to be doing a little  patio makeover in the next week or so to spruce it up, and share with you. I’m trying to decide if I keep the bench as the “coffee table” or if I look for something else outside. They were a roadside find, and have held up fairly well in the weather here, but not as useful as I would like.