Since we live in a smaller home, making changes in our split level living room with furniture can have the biggest impact on the appearance of our space. About 15 years ago, we bought a computer cabinet from Walmart. That was back when there was a huge monitor, and a disk tower, and all of the giant, boxy things that come with old computer systems. You can see the cabinet on in the photo below on the left. 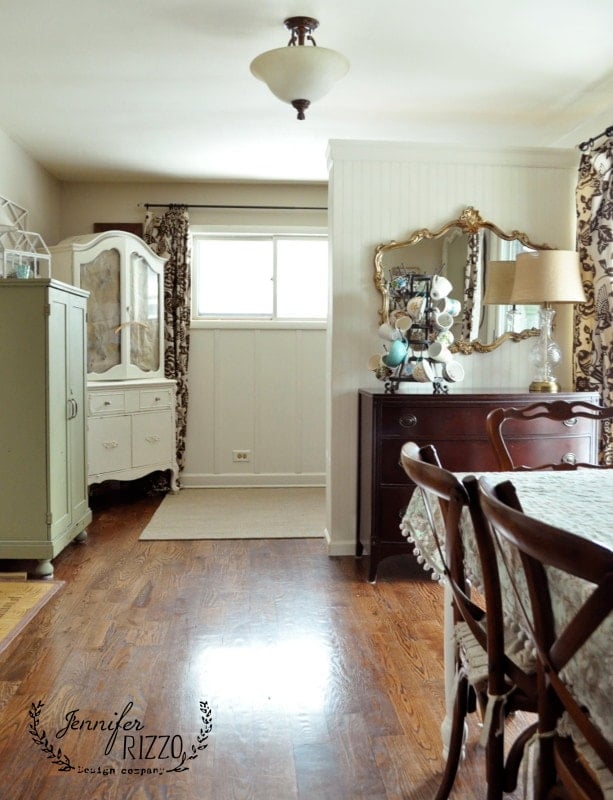 Everything fit in a tidy manner in the cabinet, and we were able to shut the doors with the kids around. That cabinet sat in many places in our dining and living area (It’s also been many different colors as well.).  Honestly, as our computer were replaced and started  shrinking, it just started holding more and more crap. And, I was constantly trying to photograph around it, or edit it out of photos.

It  just felt like it took up a lot of visual space, and in 600 square feet, a 2 x 4 foot computer cabinet takes up a lot of space. 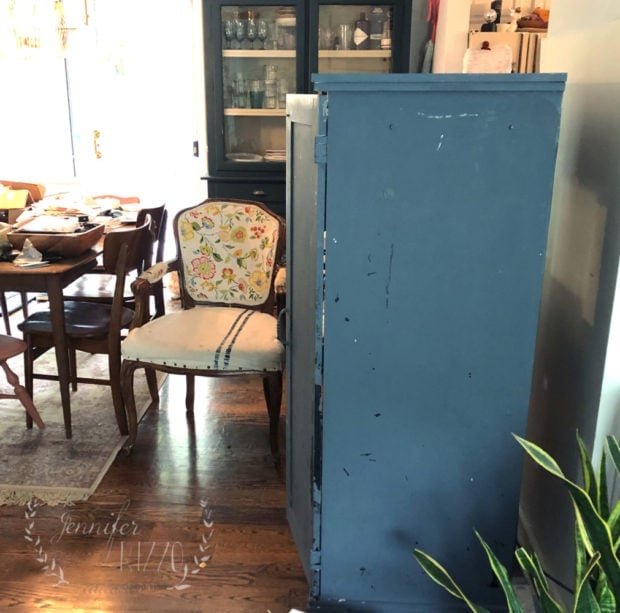 We finally decided the kids were old enough to not have to be supervised on the computer, and we decided to turn my old teeny studio space into an office area. For a while, the cabinet was like “decorating white noise”, and we just got used to having it in the way. I think the fact that we finally hit a point where we realized that all it did was hold junk and random papers, and was so beat up looking, we realized it was time to go.

In trying so hard not to photograph the ugly cabinet, it ends up that there aren’t really any pictures of placement to share with you!It’s final “sitting” place was on a skinny wall between our  kitchen and living room.  In this old picture if my living room from a few years ago, you can see it poking out slightly on the right side. 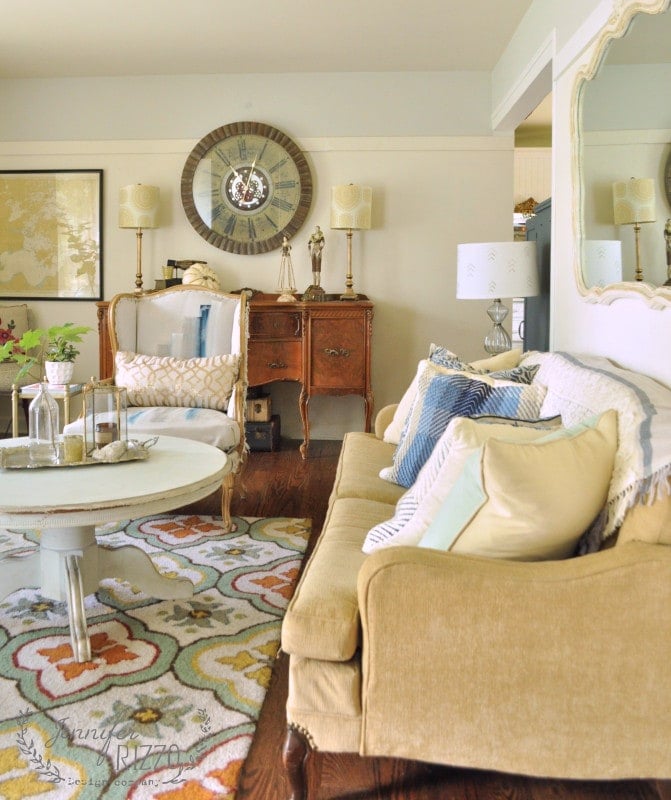 Once we moved it out, and cleared out the junk, it’s amazing how much it opened up our split level living room to dining area! 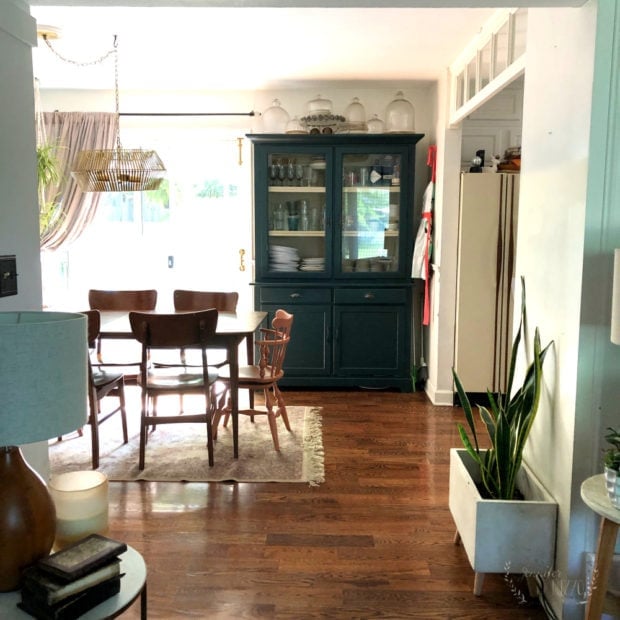 It feels like a much bigger space. We also turned the table, which gives us a lot more sitting room. I can guarantee this is a seldom to never seen view on this blog before! 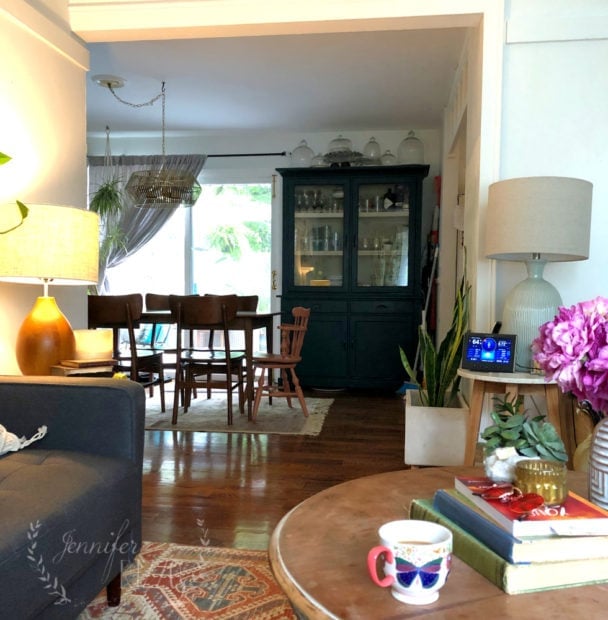 I am now contemplating painting the hutch again, since it seems so dark. I’m also going to swap out the drapes for a lighter material. That room tends to run dark anyway since it is a eastern exposure, and doesn’t have a ton of natural light. It’s so nice to make such a small change and have it feel so much more open!

If you liked this post, you can also take a look back at our living room from 2016

Or see the hutch in it’s original color here.