Middle wanted a small table for the transformed play set clubhouse that would be big enough to set a drink or snack on, but would also be easy to shift around inside. I thought it might be fun to create our own using table legs and a tree slice from the craft store, so we decided to make a DIY modern rustic wood slice three leg table for her little hangout.  It was actually fairly easy to assemble, and the parts were easy to source as well. 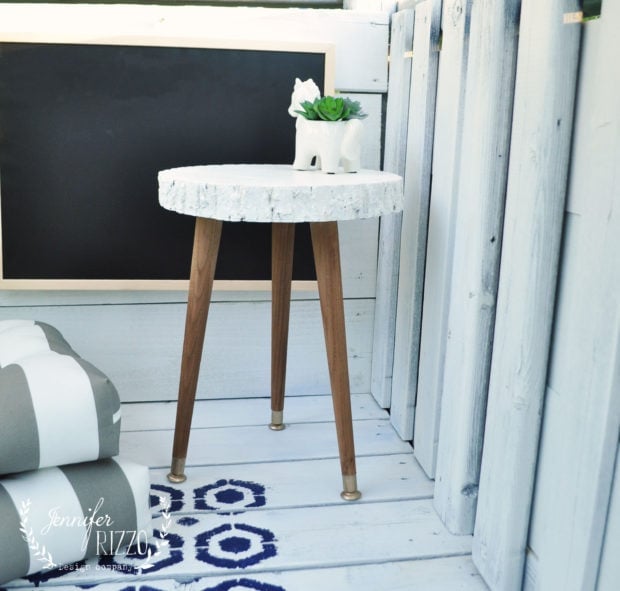 We found a tree slice from Joann Fabrics. We picked on out that was big enough to use as a table top. The slices were $18 each originally, but we of course used a 40% off coupon. 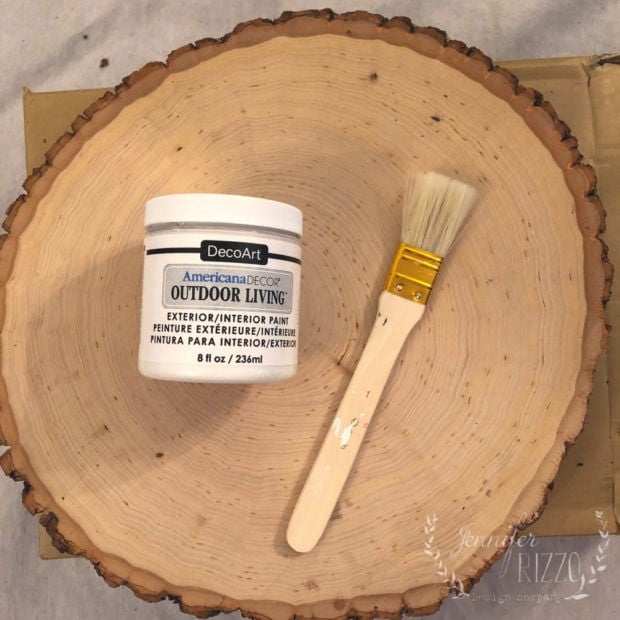 We used an outdoor paint with a sealer in it to paint the wood slice. I wanted to give it a modern feel, but also protect it from the elements. We ordered the 15″ legs from Amazon, and an angled installation kit for them. The kit is for four legs, so we had one piece left over. 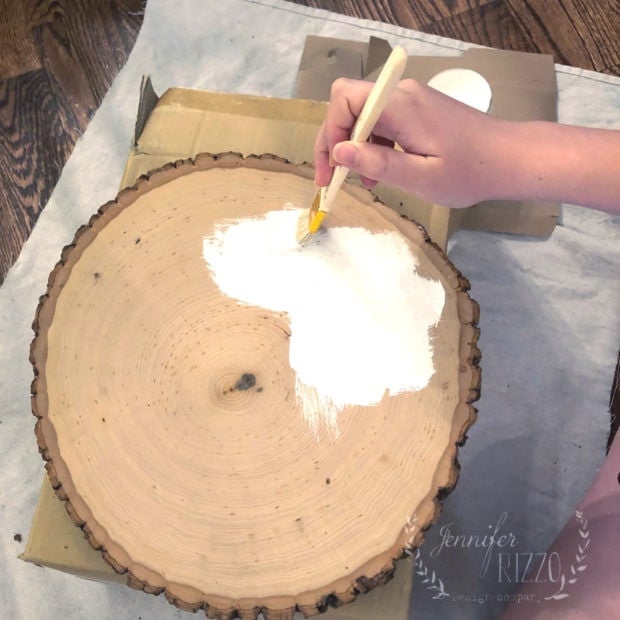 Once the top of the table dried, we flipped it over to paint the bottom, making sure to also paint the sides and get in all of the cracks and crevices of the bark to completely seal the wood on the inside. 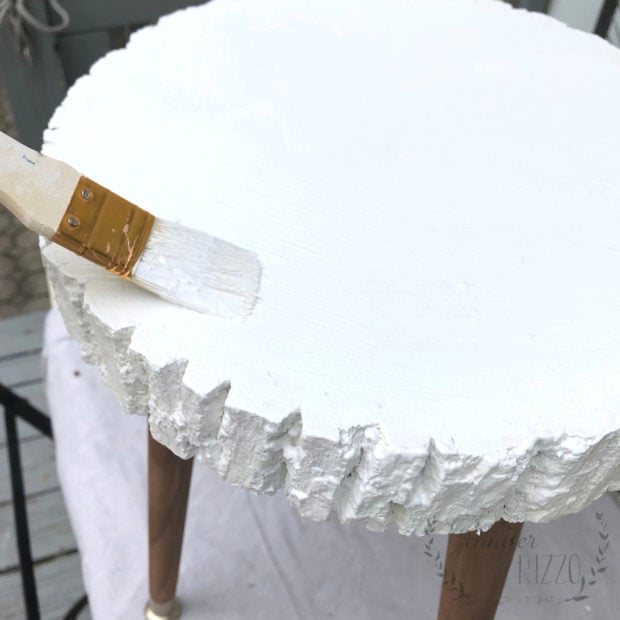 We ended up doing multiple coats, and even adding a coat after it was assembled, because we did have a little bit of the wood bleed through the top with the first coat. 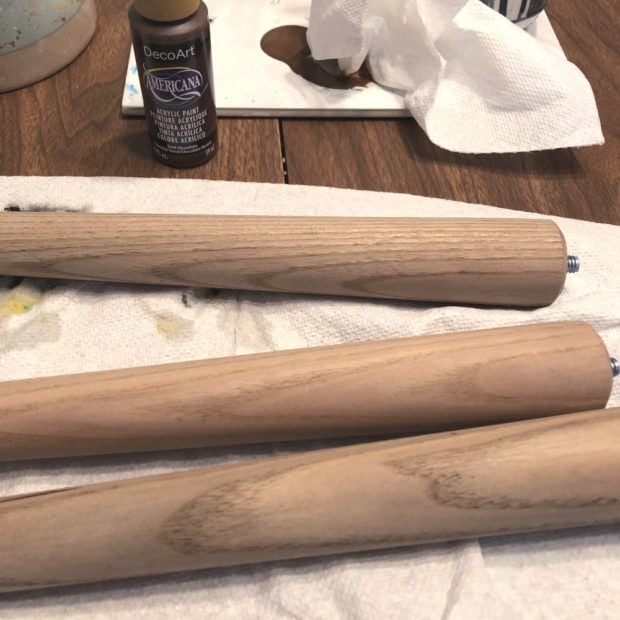 While the table top dried, we stained the legs . I also didn’t like that the metal bottoms on the legs were a plain silver metal, so we gave them a few coats of  paint and then sealed them. An outdoor stain with sealer

like we used on this project would work really well too. 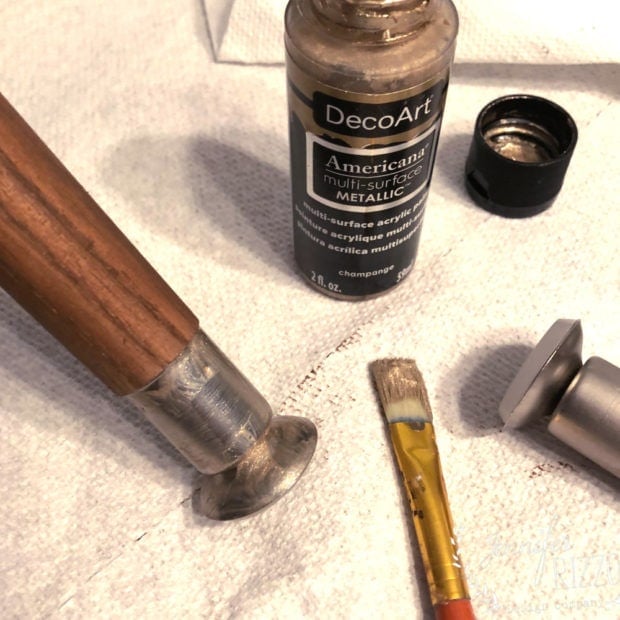 After the legs and top were dry; it was time to assemble them. 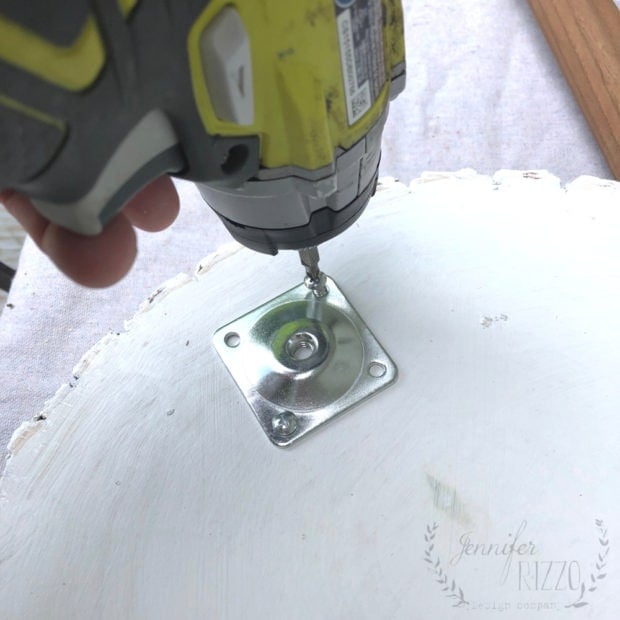 The hardest part of assembling was making sure the legs were somewhat evenly spaced so that it wouldn’t tip over if something was on top, and that the base of the legs were also even. It was a slight challenge, because the tree slice top wasn’t the most symmetrically round. 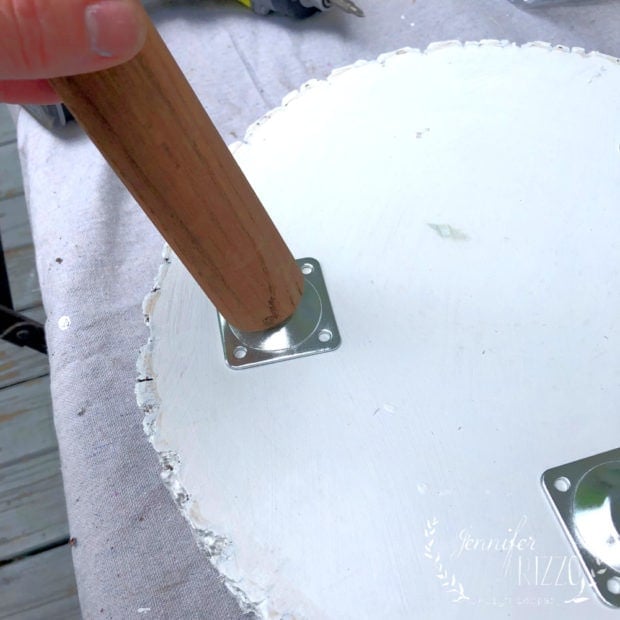 Once I had my legs spaced, I screwed the legs on according to the directions in the package. It was very easy…much easier than trying to space the legs, that’s for sure!

It ended up being so cute in her clubhouse! 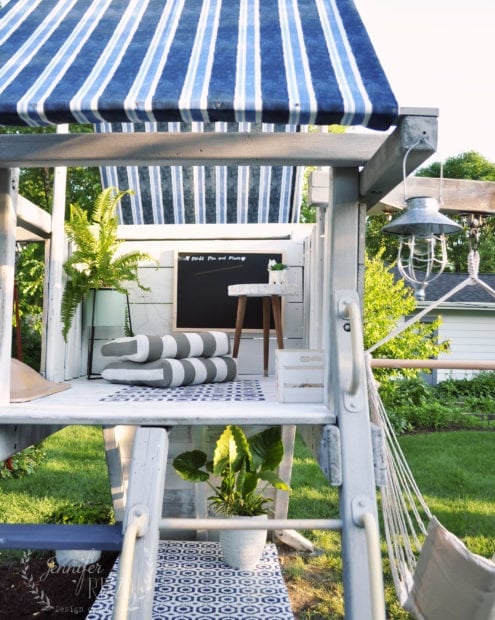 ! I think I am going to make a few wood slice tables to use as plant stands around the house. These would be cute in fun colors too, like a bright pink for  a kids room. I love that the legs arrive as raw wood, so they could also be painted.

How to Seal Furniture, Paste Wax vs. Polyacrylic Sealers

Give Old Chairs a New Look with Paint