Forsythias are one of the first flowering shrubs in early spring. In our Midwest region we see the buds start to emerge as early as mid- March. The yellow is definitely a welcome pop of color against a gray and drab landscape. Personally, I’ve never even given a forsythia a second look until this year. I kind of looked at it as an ordinary landscape filler, and now that we are home so much I’m really starting to appreciate how that bright yellow is signaling that spring is on its way. I wanted to share with you how to force bloom forsythia branches indoors, because they are such an easy branch to force bloom. I clipped mine on Monday and by Friday I had stems of bright yellow flowers in my kitchen. I have a few tips below to share with you that they learned about forcing branches. 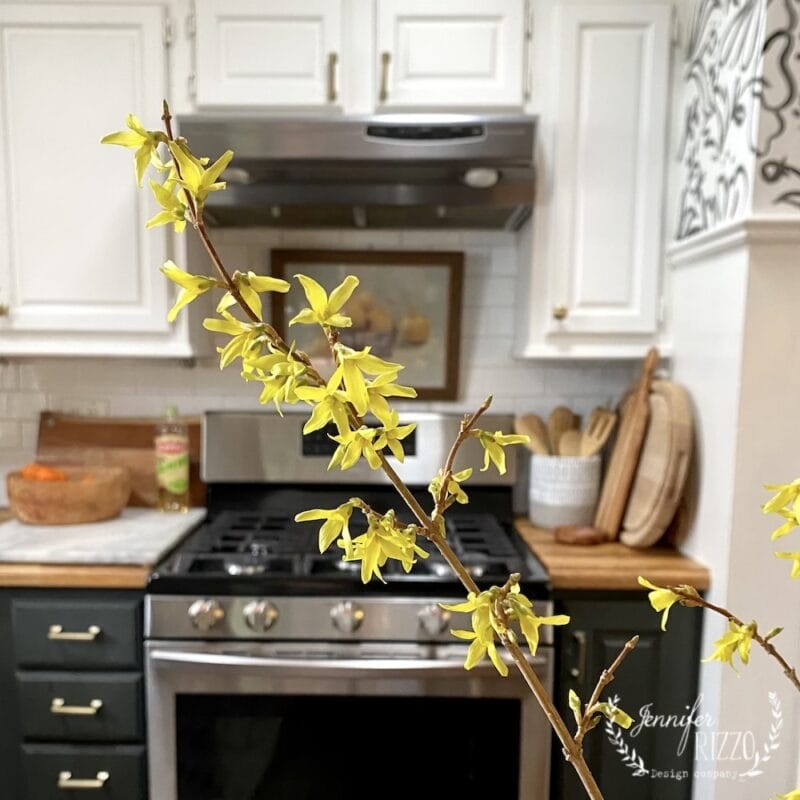 There are lots of types of branches you can force bloom some of it depends on where you live. Some other branches suitable for forcing examples besides forsythia are apple, cherry, pear, honeysuckle, lilacs, and the Eastern red bud. you can also force bulbs but that’s an entirely different post. You can read about how I forced tulip bulbs here. You can watch a video of preparing the flowering branches for force blooming, or continue onto the post below. 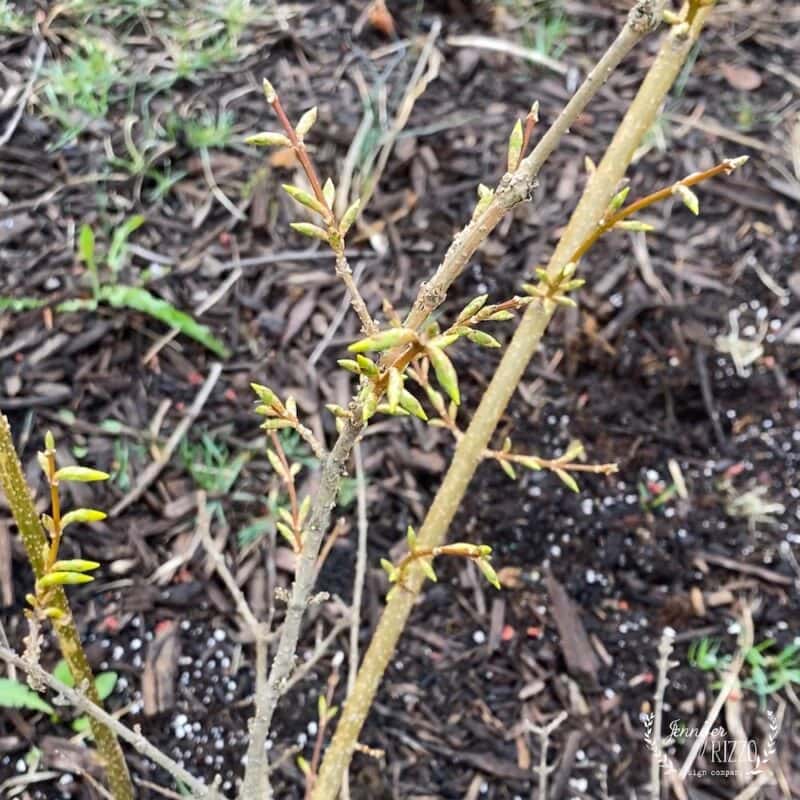 When force blooming flowering branches, make sure you don’t try to force them too early. Clip the branches when they have decent sized buds already formed. Too early and they won’t force properly.  The perfect time is when there is a little color showing at the tip of the bud. 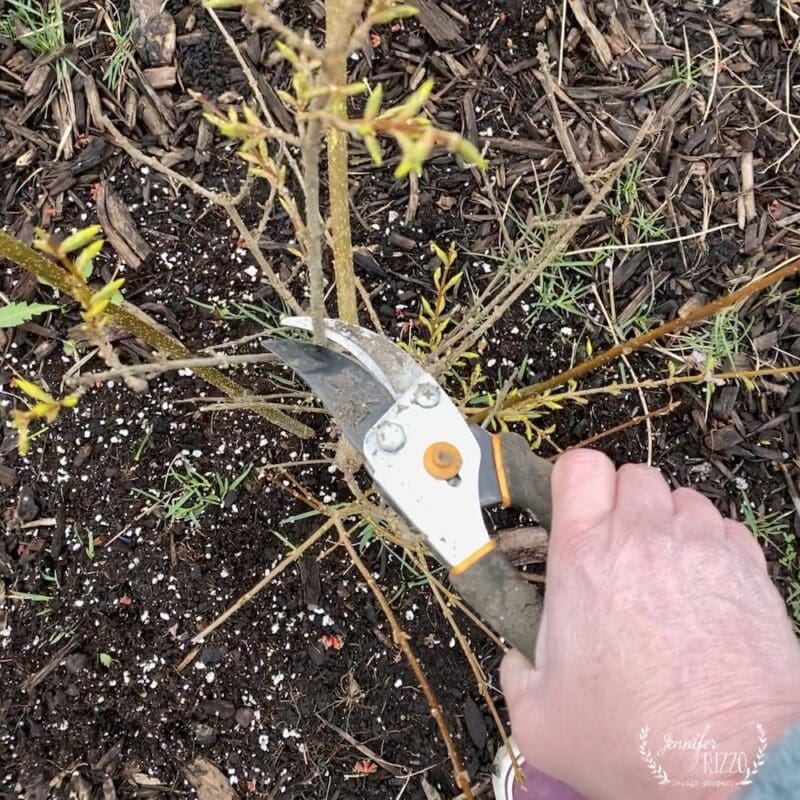 When you cut your branches use clean pruning shears ( not like mine, lol) , and make your cut at the base of a stem after a node. 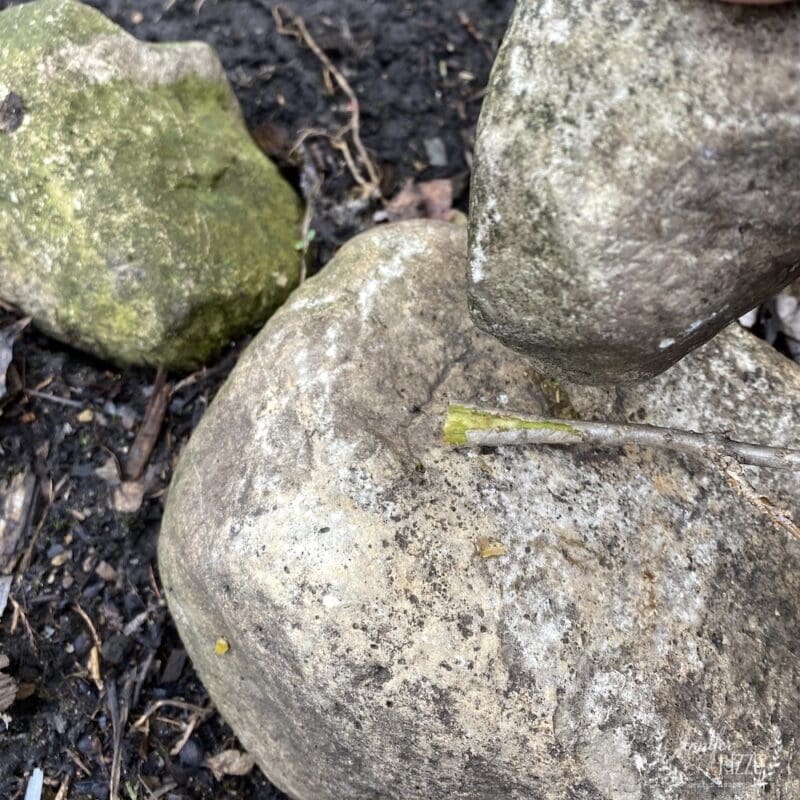 After cutting your stem, you actually want to pound it a little bit at the end to open up the fibers of the stem, so can draw up more water. Many places recommend a hammer, I didn’t have one ready available so I decided to go all Little House on the Prairie-style on it and use two rocks. It worked just as well. 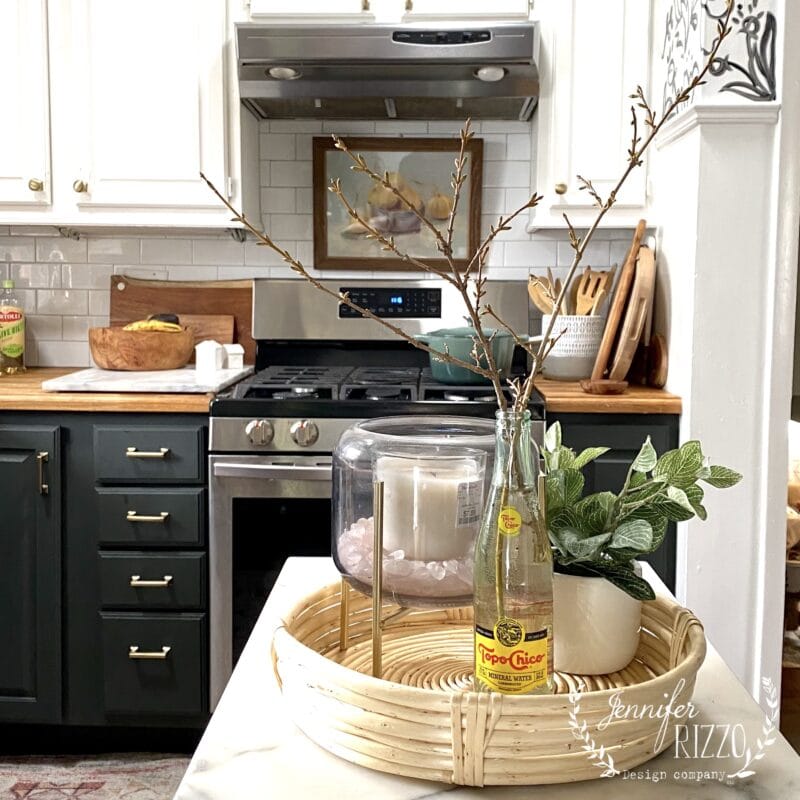 After that, place your stems for force blooming in water, out of indirect sunlight so the buds don’t get dried out, and make sure the water level stays constant and doesn’t get lower than the ends of the branches. If the branches end up getting too low air will be drawn up into the stem and you will have to make fresh cuts to continue the process. 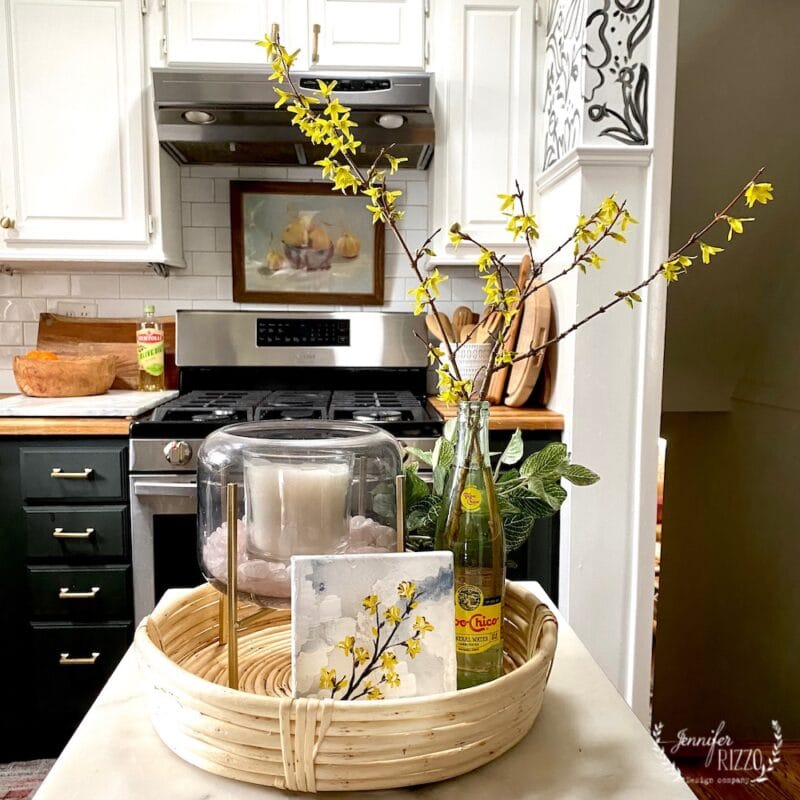 I recommend  when clipping forsythia branches to force bloom, making sure you don’t trim too many branches from a smaller shrub, and never take any more than a third of the branches total in any one given season. Try to clip your branches at various heights for interest… And enjoy!

Forcing forsythia branches indoors inspired me to paint some, and I have a acrylic painting tutorial coming for you! 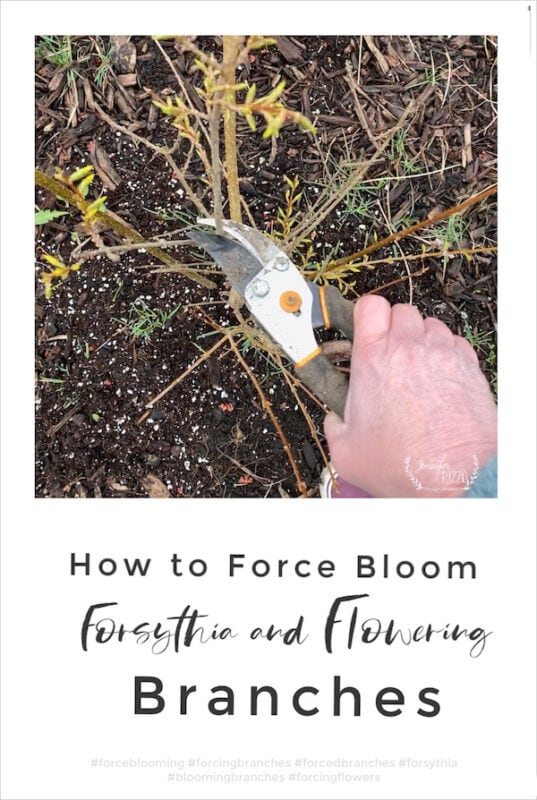