Sometimes as bloggers, I think people are under the impression that our homes are always clean and projects are always completed. I like to tell people that I am a part of the 95% club. At any given time, 5% of projects never get finished… or take a really long time to complete. Take our downstairs bathroom ceiling for instance. We haven’t had anything on it since 2013. Yep, that’s almost 9 embarrassing years with exposed beams and plumbing that I’ve had to shoot around. We very recently put a wood ceiling int he bathroom because we were having a double graduation party and real people were going to be in our house. There’s nothing like  a party to end procrastination. How did we live with it like that for so long? We just didn’t look up when we peed. 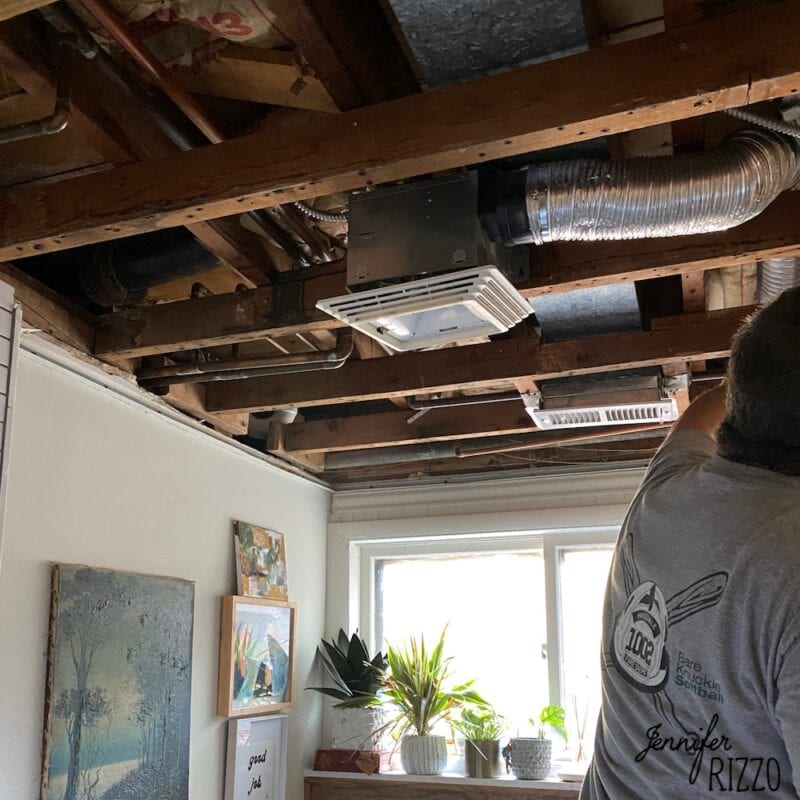 After going back and forth, I knew I didn’t want another drop ceiling. They just aren’t my favorite. However, we didn’t want drywall, because of all of the plumbing in the ceiling. We finally decided to install a pine wood ceiling. That way if there was a leak, we could take a few boards down if needed. We’ve learned as homeowners to pre-plan for leaks. They are going to happen. 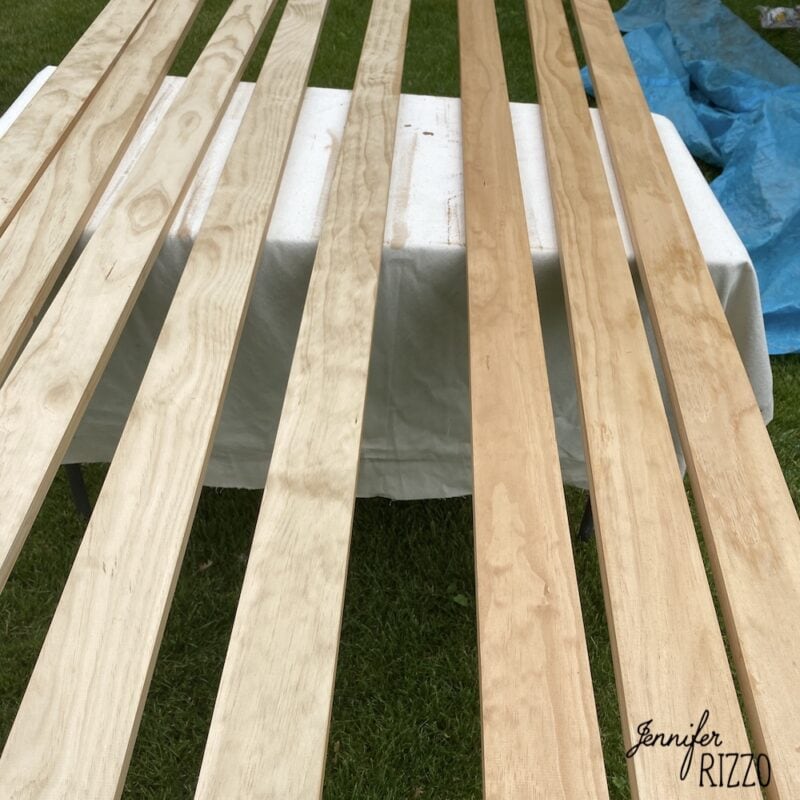 Since we already had the wood wall behind the sink area, I wanted to make sure the two wood elements wouldn’t clash. I also wanted the look of natural wood, but not the yellowy tone of pine.The pine is pretty bright on it’s own. 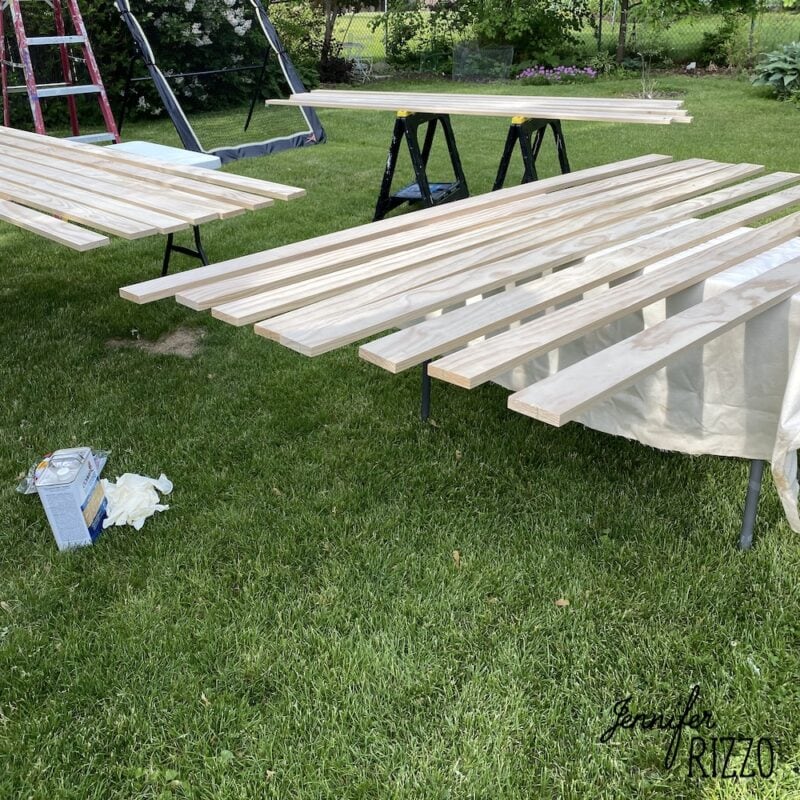 After trying a few stains, we used Olympic outdoor stain and sealer in Maple Brown. You can see the color difference in the picture. It tones the yellow down. There is a shower in the bathroom, so we wanted to make sure it would hold up to any excessive moisture the exhaust fan couldn’t handle. I ended up applying two coats  of stain/sealer to get the color we wanted. 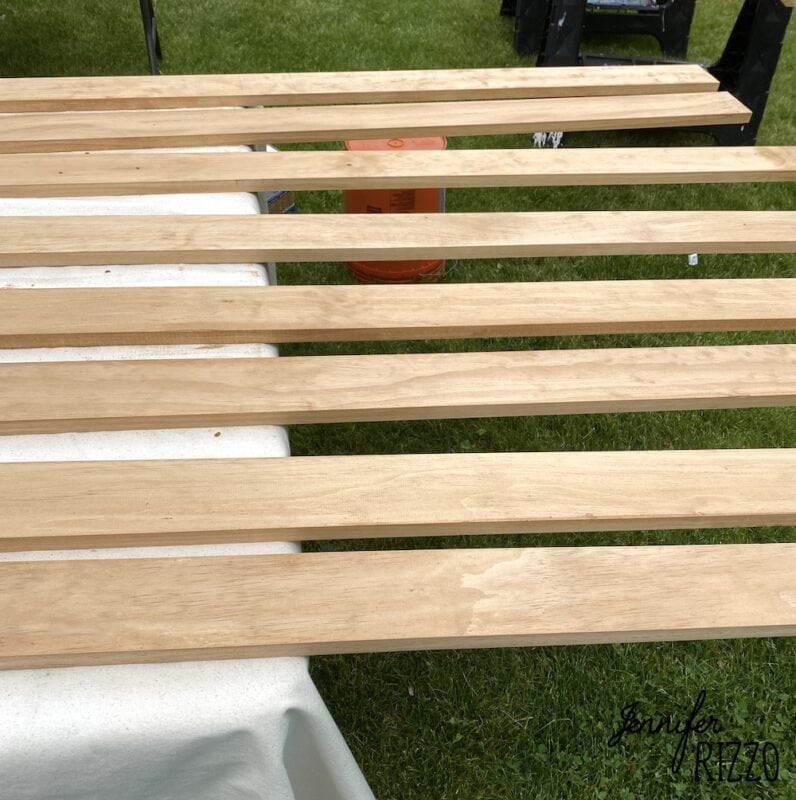 After a few days of letting the boards off-gas and dry, Nick installed them. The hardest part of installing a wood ceiling in the bathroom was making sure it stayed lined up the entire time and didn’t start listing.

When picking out the wood ceiling boards, it’s also important to make sure you get the straightest and most level ones from the home improvement store if you aren’t using a kit or tongue and groove. 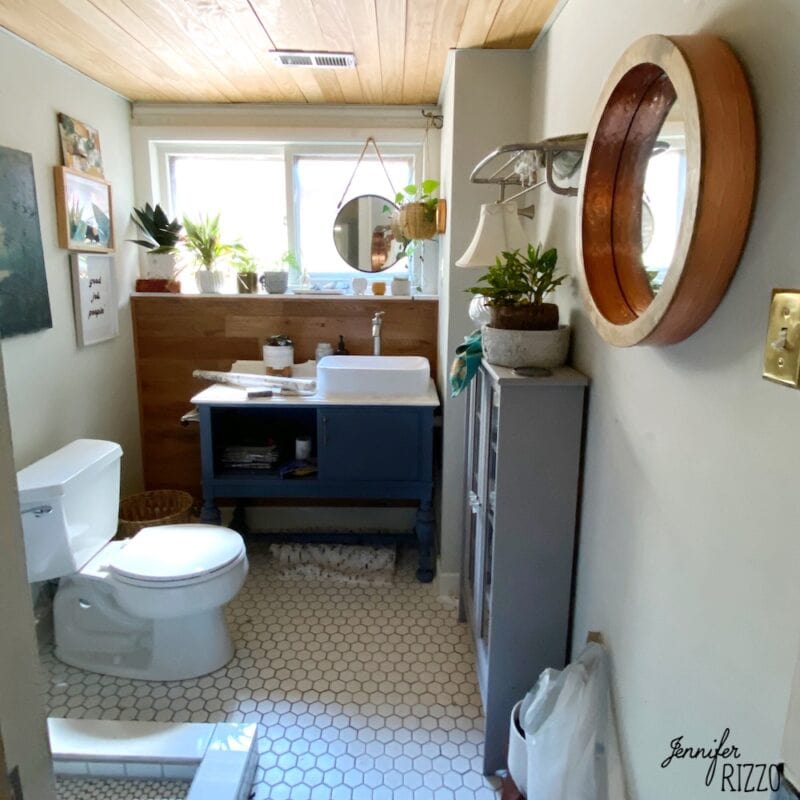 To make installation  easier he used the existing track from the previous drop ceiling at the edges to hold the boards, and then screwed the boards into the beams. We’ll be adding a crown and painting the vent in the ceiling. I completely LOVE it and pf course we are wondering why we didn’t do it sooner. While lumber prices are at an all time high, it still cost under $230 which would be still cheaper than a traditional drop ceiling or paying someone to install drywall. 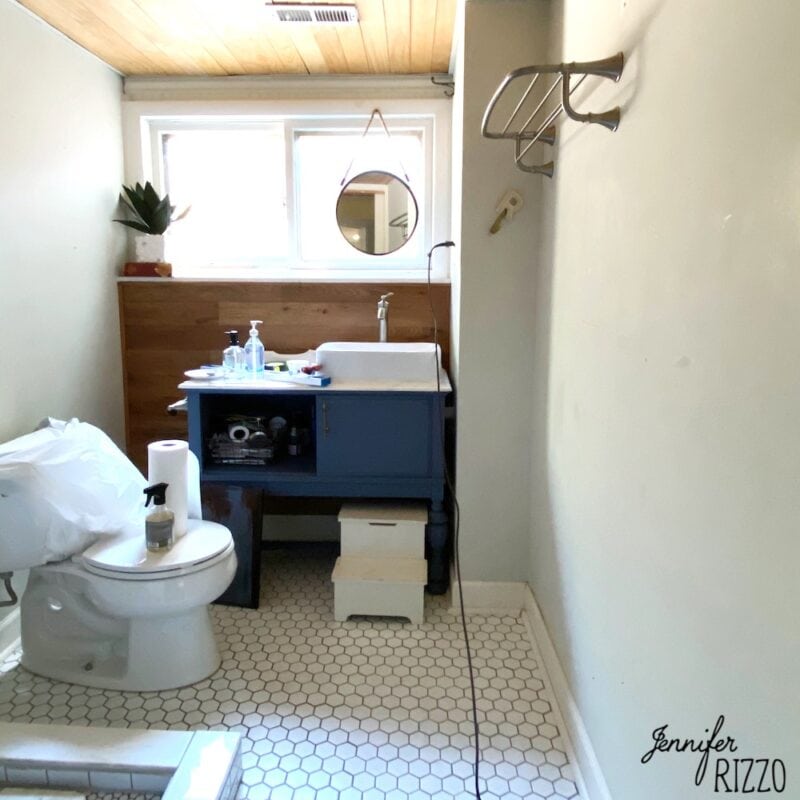 I can’t wait to share with you the makeover we gave it, because of course now that the ceiling looks so good, everything else needed an upgrade!