When building the lower deck on the Playset Project, I knew I wanted to stencil it. I wanted my Middle to have 90% of the design say, but she wanted a plain white surface, and I just knew from experience that that white paint would look dirty super fast (see painting the playset part 1 here.). Stenciling the deck was one of the projects I really l liked doing because I felt like we were finally stating to see the end (If you missed it, you can see how we built the lower deck here.)! 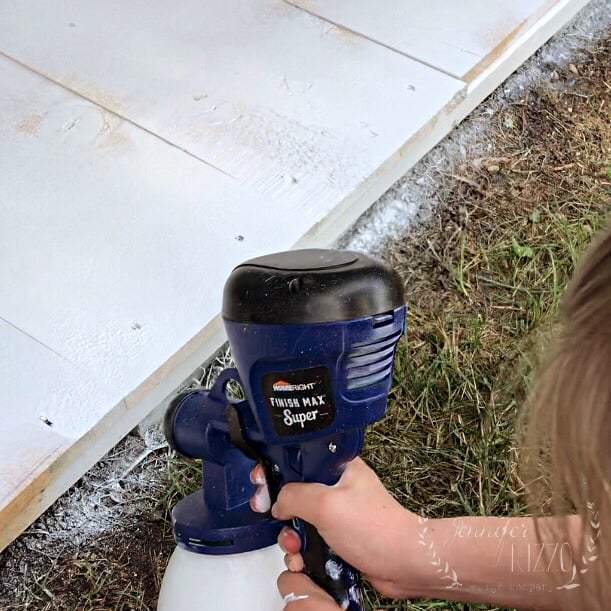 The paint sprayer made fast work of painting the playset surfaces. Once the lower wood deck base coat dried (Outdoor Living in Patio), we gathered our supplies for stenciling. 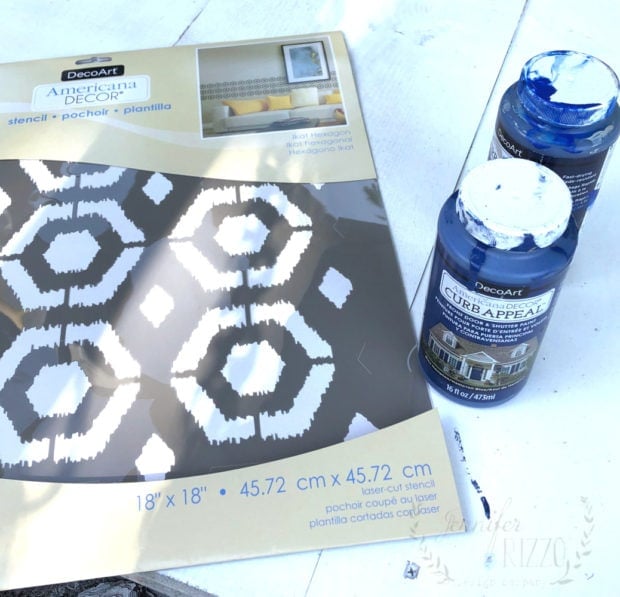 Since the deck was white, we decided on a navy blue, and used Curb Appeal paint in New England Navy. The stencil pattern is called  Ikat Hexagon. I thought it would work well, because it had a nice geometric shape, but if you notice, the edges are messy. I liked that. It was perfect for Middle and I do to together, because we didn’t have to worry about perfect straight lines. Pretty much, we could mess it up, and it would still look good. That’s how I roll. 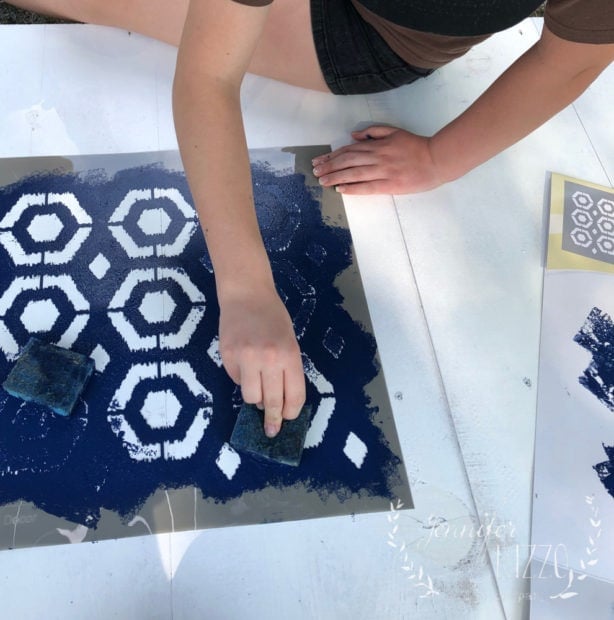 We centered our stencil in the middle of the deck and tried to work as straight as we could. We did drift a little bit, but not too badly. We found a kitchen sponge is a great stencil tool. One thing I’ve learned about working with DecoArt is that a cosmetic sponge is one of the best tools to stencil with! 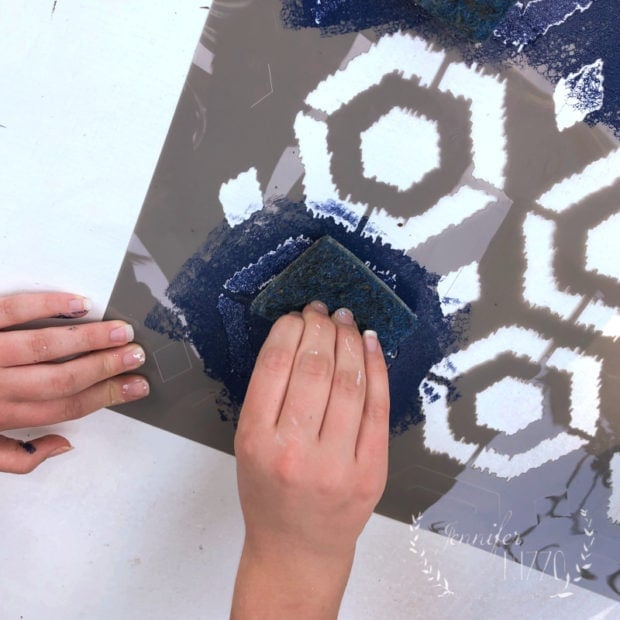 We decided to try a kitchen sponge for the larger stencil and it was pretty awesome. There was minimal bleed under, and we could really control the amount of paint. 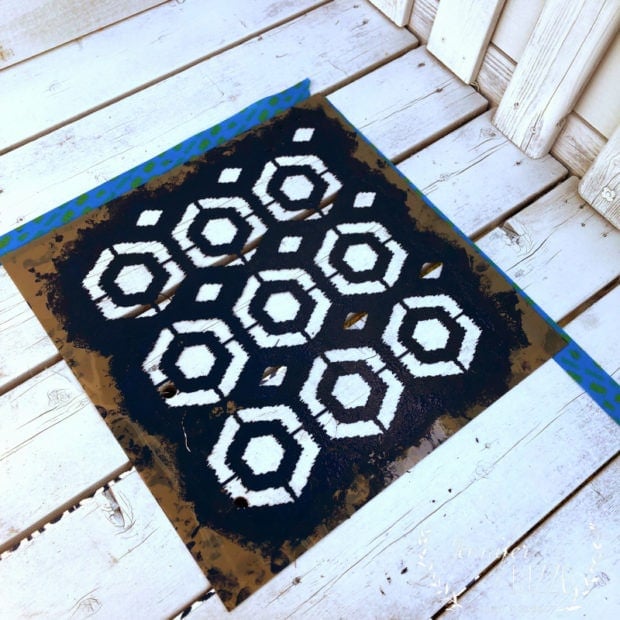 For the upper deck area in the “clubhouse”, we taped out a small “carpet”. I used this technique in the Oak House Project for a faux bathroom rug, and it worked well.

It took us about an hour to stencil both decks. I’ll give you a sneak peek before the big reveal next week! 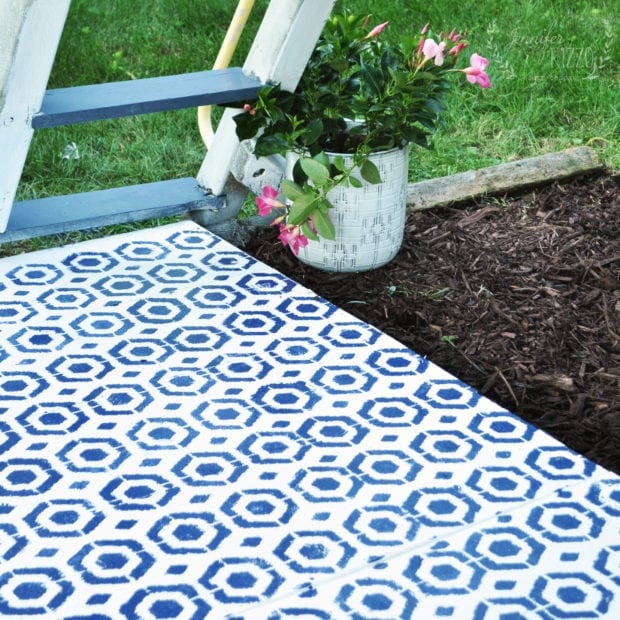 This post is sponsored by DecoArt, opinions are entirely my own.