We have a few areas in our yard that just don’t seem to grow grass very well. One of them is an area behind our deck. It’s mostly afternoon sun, and part shade. We’ve seeded and reseeded a few times, and it just doesn’t want to grow. The one thing that seemed to flourish there was Creeping Charley, and when we finally seemed to eradicate THAT, we ended up with a bunch of dirt that grass would not grow on. One thing that did seem to grow well there was moss, so at the end of last fall, I started pulling up little clumps of moss from around the yard and on our patio, and transplanting them there in a kind of patchwork DIY moss path. I personally love moss ( I know some people hate it) , so it’s always been plentiful around our yard. 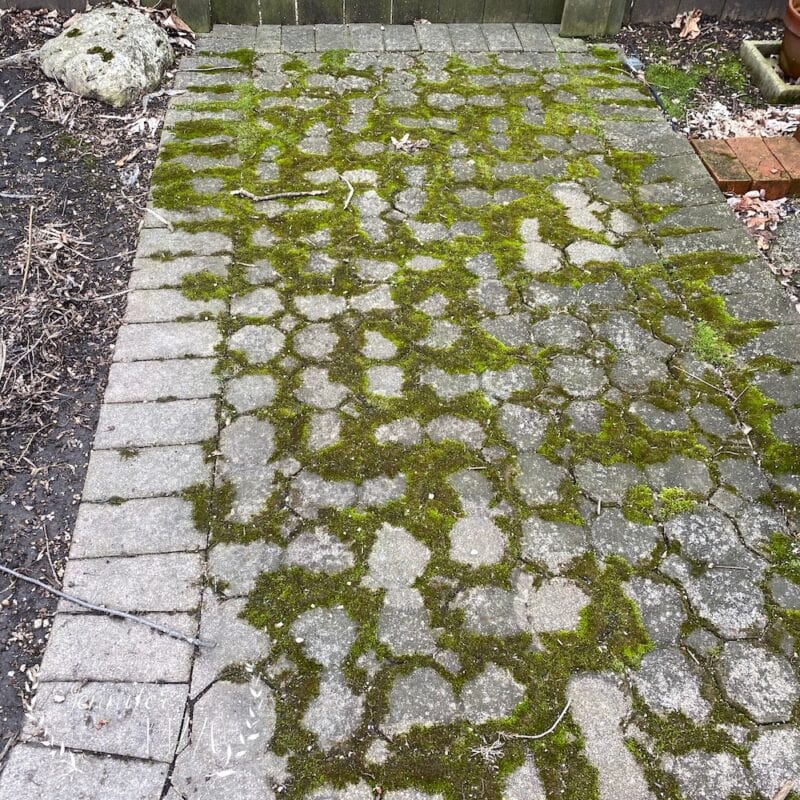 You know the saying “How do you eat an elephant? One bite at a time”, was the approach I decided to take to building our DIY moss path. 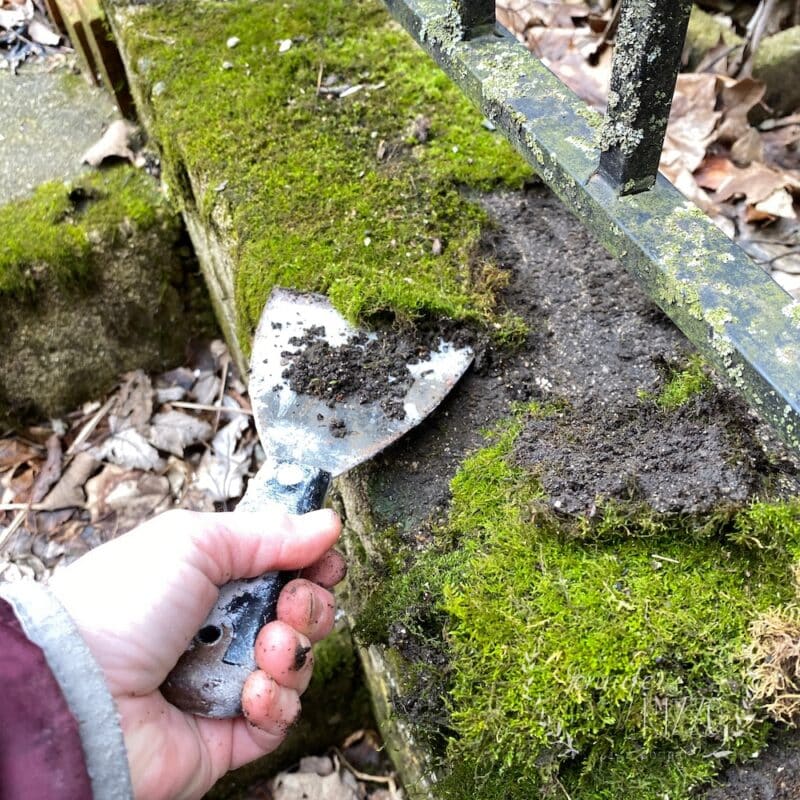 As a patch grew big enough on our patio, or concrete steps, I would grab the paint scraper, and carefully peel up palm-sized sections and place them right on top of the dirt and step on it to pat it down. I consider it a “I have 5 minutes project”, as in, if I have 5 minutes I’ll just go put a piece or two down when I’m in the yard. 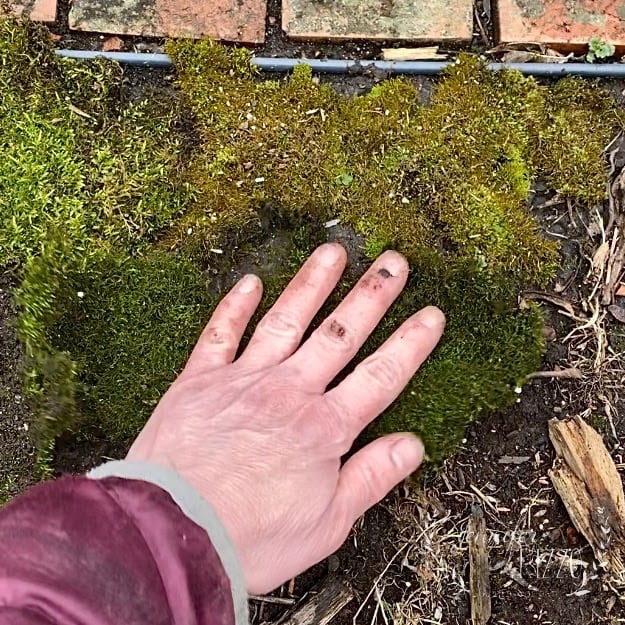 It’s slowly grown over time, and it’s nice to see the progress, even though it’s been slow and steady. What I love is the pretty patchwork effect the moss path has, all of the different kinds of moss together. I’m looking forward to walking on it in my bare feet this summer. Moss is really durable, loves really compacted poor soil that is damp and shady (which is perfect or that area). 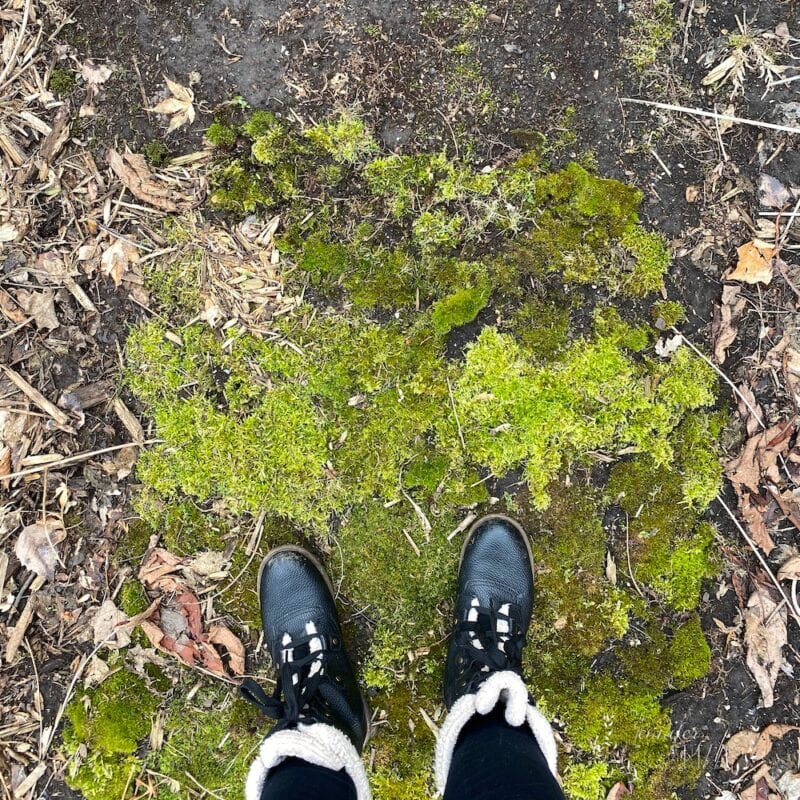 In doing some moss research, I did learn it’s one of the earliest plants known, and there are over 12,000 varieties. And Oakmoss (not this kind )is actually a real thing, and is commonly used as a perfume or candle fragrance. 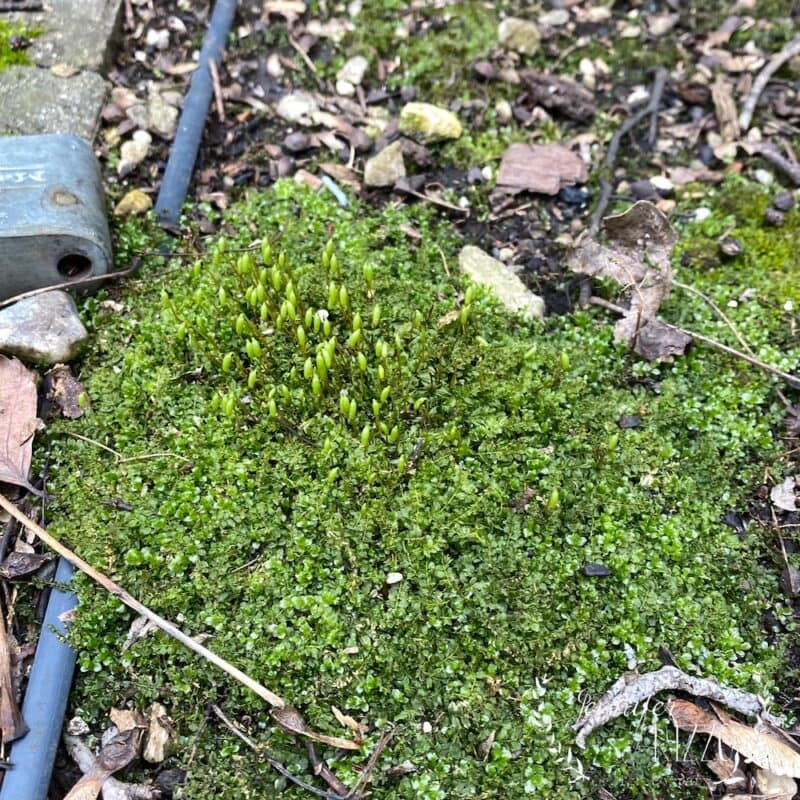 One thing that’s really cool about moss, it that they can be almost completely dry out and come back to life once rehydrated! It’s such a sweet little plant! 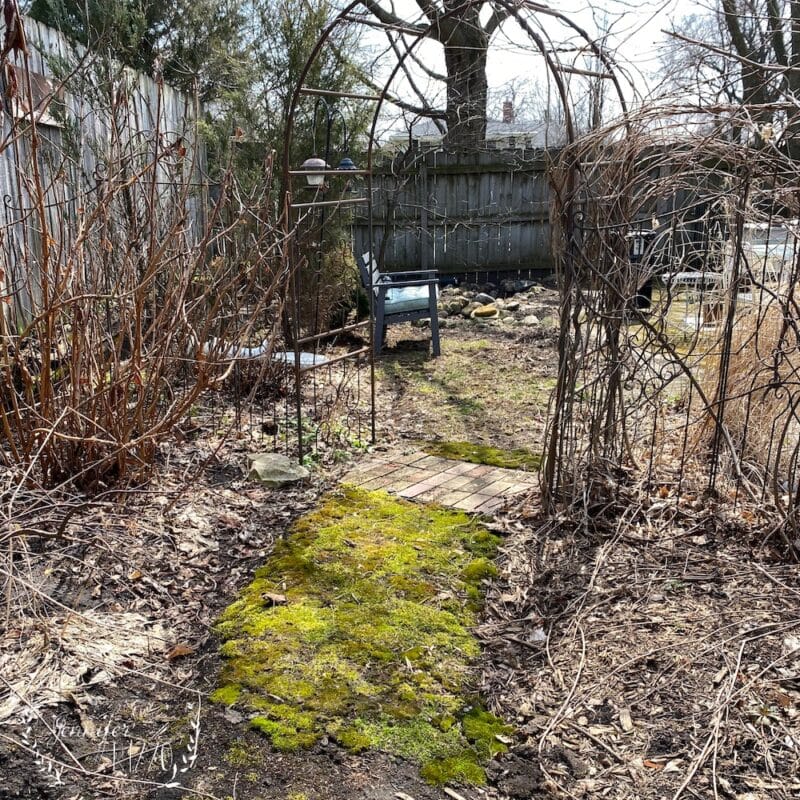 I’ll keep sharing my moss path with you as it grows, and let you know how it does over the summer. It’s awesome how already how it’s so green when everything is still so dead out. I love a good moss project, and here are a few if you are looking for some DIY’s. 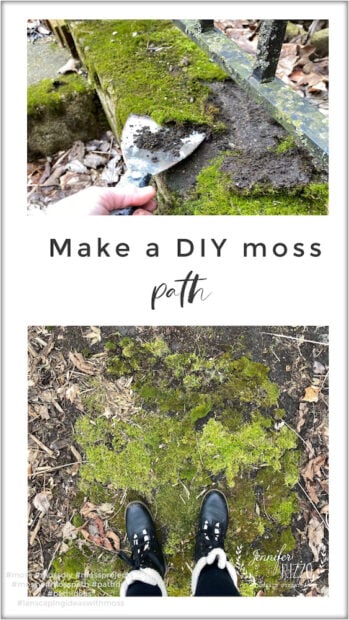